We’re taking it back this week — all the way back to the early 2000s! I’ve always had a soft, soft, soft spot for female singer-songwriters (Michelle Branch! Carrie Underwood! Norah Jones! Rachel Platten!), probably because they just seem to get it, you know? When it comes to feelings of the heart and all those experiences that can be hard to put into words, something just clicks with them. They sing about my life and what I’m going through, and that’s a comfort I’ve held onto for many, many years. So when I heard Natalie Imbruglia, I was hooked…from the very first second!

It’s no secret that I sometimes feel, umm, a bit invisible when it comes to the opposite sex. Well, maybe invisible isn’t exactly the right word because they do see me. They just don’t see me, if that makes sense. Not like they see other women, at least, in that, “yes, this could lead to something” sort of way. And, really, I’ve gotten a lot better at accepting that. Do I like it? Heck no. Do I think things should be different? Of course I do. But I realize that I’m not going to be able to change every single person.

Yet, every so often, someone comes along — you know the type — who makes me wish I could change things, makes me wish I could move mountain and societal standards with my bare hands. I’ve been planning on talking more in-depth about this in a separate blog post, but let’s just say a couple guys have come a long in the last few years that, well, made this song VERY relevant.

I’m awkward. I get that. So when I talk to certain guys, I can’t help but feel like they’re getting this glazed, confused look on their face. Sort of like, “Oh, wow, umm, what on earth is she trying to do here?” Maybe I make them a bit uncomfortable? They’re trying to figure me out when all I’m really doing is talking to them — one human just trying to strike up a conversation with another human. I half think they assume I’m some desperate woman looking to latch on to them and never, ever let go, but it’s really not like that. After all, I’m just trying to make a connection, and if you ask me, that can never be a bad thing. Connecting with another person — or trying to, at least — doesn’t automatically mean you want to connect with them romantically. I mean, we all know I would move at a snail’s pace when it came to the eventual relationship, so I’m not exactly going to be diving in head-first here. Let’s just be honest about that, shall we??

Think for a moment, though: What if it all wasn’t such a crazy notion? Is it so weird to think that someone like me — a woman with a disability — could be with someone like you? Maybe, just maybe, we could be great together. Heck, ours could be a Love Story for the Ages, if only you’d take a chance and let me in. Think outside your idea of what you’re looking for and see me for who I am. Just for a minute, let your guard down and just talk to me. I promise I’m not as different from other women as I seem. We can pretend all we want that it doesn’t matter, but something tells me you feel something too. 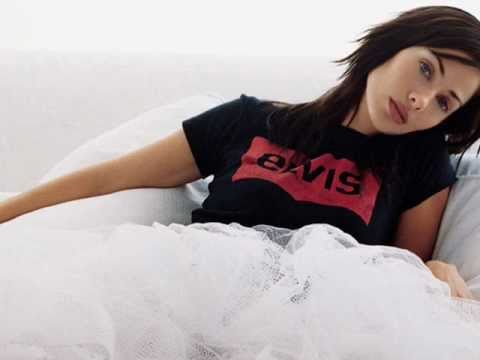 Well, that’s what I’d tell him anyway. I’m sure you all can relate to wishing someone would see you in a different light. After seeing you the same way for so long, it can be hard to take those glasses off, but something tells me it will be worth it in the end, you know? Excitingly worth it! xoxo