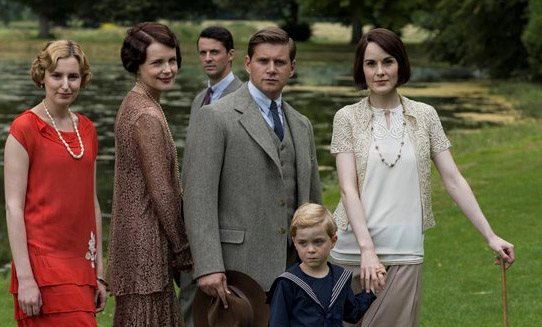 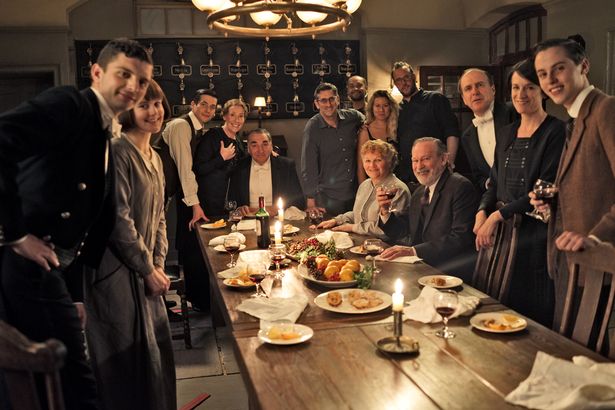 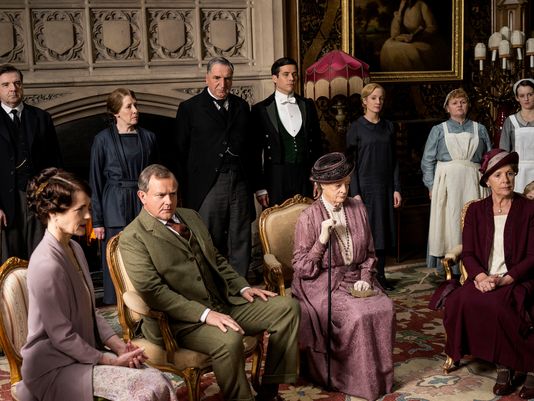 It’s a sad time to be a TV fan, friends! A certain high-profile family will be saying goodbye this weekend. No, I’m not talking about that family…

Downton Abbey is airing its series finale this Sunday. I’ll give you a minute to discretely dab your teary eyes with your handkerchiefs — no shame, too, since we’ve all been there! It’s the end of an era. Literally. I mean, we’ve followed these characters lives for more than a decade (in TV time, of course!) and have become so invested in them. The drama! The romance! The intrigue! Lady Mary’s many varied eye rolls and put downs to Lady Edith!

But I suppose like all good things (the Twinkie comes to mind), we must be strong and prepare ourselves for the end. Just as I did when Mad Men wrapped, I thought it would be fun to throw some of my ideas out there for how I’d like to see the series end. In that spirit, I give you my four must-ends…

1. Lady Mary and Lady Edith: The classic battle of the sisters will end when Edith proves triumphant and usurps Mary as heir to Downton. But Edith is nothing if not compassionate and gives Mary a job at her newspaper.


2. Daisy and Mrs. Patmore: They join forces and become the first female CEOs of a bed and breakfast franchise in England. Daisy becomes a working mom and masters the work-life balance once and for all.


3. Mr. Carson and Mrs. Hughes: With times changing, they find themselves no longer living a life of service. In retirement, they grow closer, learn more about each other and get to do some much-needed travel. Mr. Carson also starts sharing the cooking duties.


4. John and Anna Bates: After the birth of their child, Anna discovers her true calling and becomes a full-time nanny. Years later, their child reunited with one of the Grantham children while in college. They fall in love and get married, uniting the upstairs and downstairs forever.

5. Tom Branson: In the years following his life at Downton, Tom goes into politics and is instrumental in bringing about lasting change and positive laws. He retires to America, where daughter Sybbie lives with her husband and children.

6. Cora and Robert Crawley: Cora becomes an influential figure in the Women’s Liberation Movement while Robert becomes a family historian, writing a wildly successful book about the lasting legacy of the Crawley family.

7. Violet Crawley: Everyone’s favorite Dowager Countess discovers the secret to immortality and outlives everyone. She becomes a prolific speaker and expert on society and culture. Her TV show “Conversing With The Countess” is met with much fanfare. Front and center on said talk show? Violet’s trademark stare and deadpan sarcasm.

8. Downton Abbey: The castle was just as much a character on the show as any living person, so it’s only appropriate to imagine its future. My prediction? The changing times will see the house take on changing roles. In the ’50s and ’60s, it will be a haven for sock hops and hippies. In the ’70s, it will be England’s answer to Studio 54 — all disco and rock ‘n roll.

Will you be watching the finale on Sunday, friends? How do you hope it ends? With a bang? With a whimper? With a giant group hug? Share your predictions in the comments! xoxo