Remember when I crowned myself the Inventor of the Selfie? Well, it looks like someone is trying to surpass me for a new title of World’s Most Prolific Selfie Taker, and the source of the competition is from the one person I least expected.

Here’s the deal: She’s been copying me for years now. First, she said she’d never join Facebook — that is, until she saw how much I loved it and now she’s always scrolling through her feed on her phone. Oh, and don’t get me started on her iPhone, which, by the way, she didn’t seem to even care about getting until I got a BlackBerry. She’s practically glued to her phone these days like an addicted teenager. I sometimes threaten to confiscate said phone and throw it out the window, but I don’t think she ever hears me. Like I said, when she’s immersed in her phone, it’s like she’s hypnotized in her own little world. And, she’s even starting to take over my music faves — the one spot in pop culture that’s always served as my haven, my sanctuary. Case in point: A few weeks ago, she came home and told me she heard a One Direction song on the radio. Those are are MY BOYS, Mom!

This copying business has even gotten so bad that my sister and I joke that she’s exactly like the hilarious Penelope character from SNL, always trying to one-up everyone. The teasing is all in good fun, of course, because my mom (bless her innocent little heart!) literally has zero idea she’s even doing it in the first place.

But back to this phone nonsense. Lately, she’s been all snap-happy when it comes to taking selfies and photos in general. It’s like she can’t get enough of it. Take this photo, for instance… 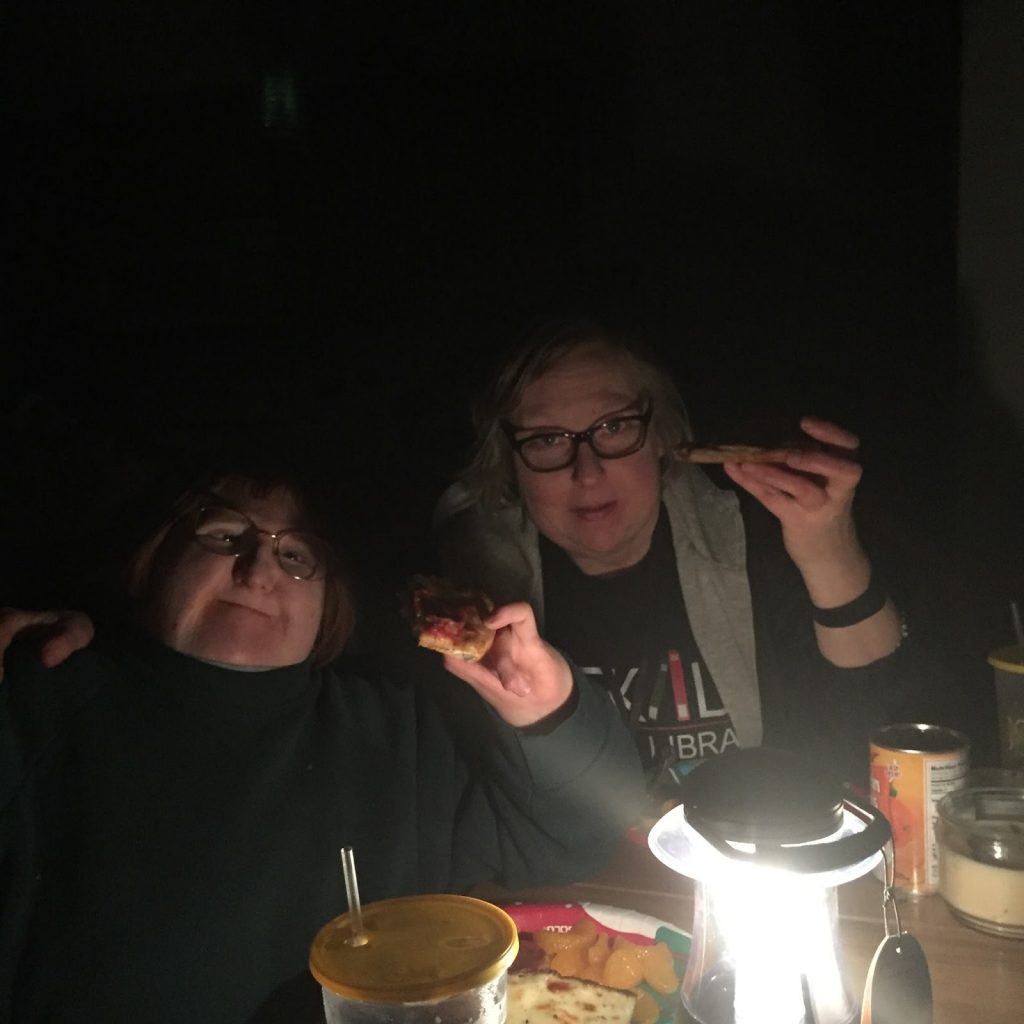 The power went out Friday night during those high winds, forcing us to eat by candlelight at the kitchen table. What does she do to pass the time? Snaps a photo of us with our pizza, of course! Or how about this photo…? 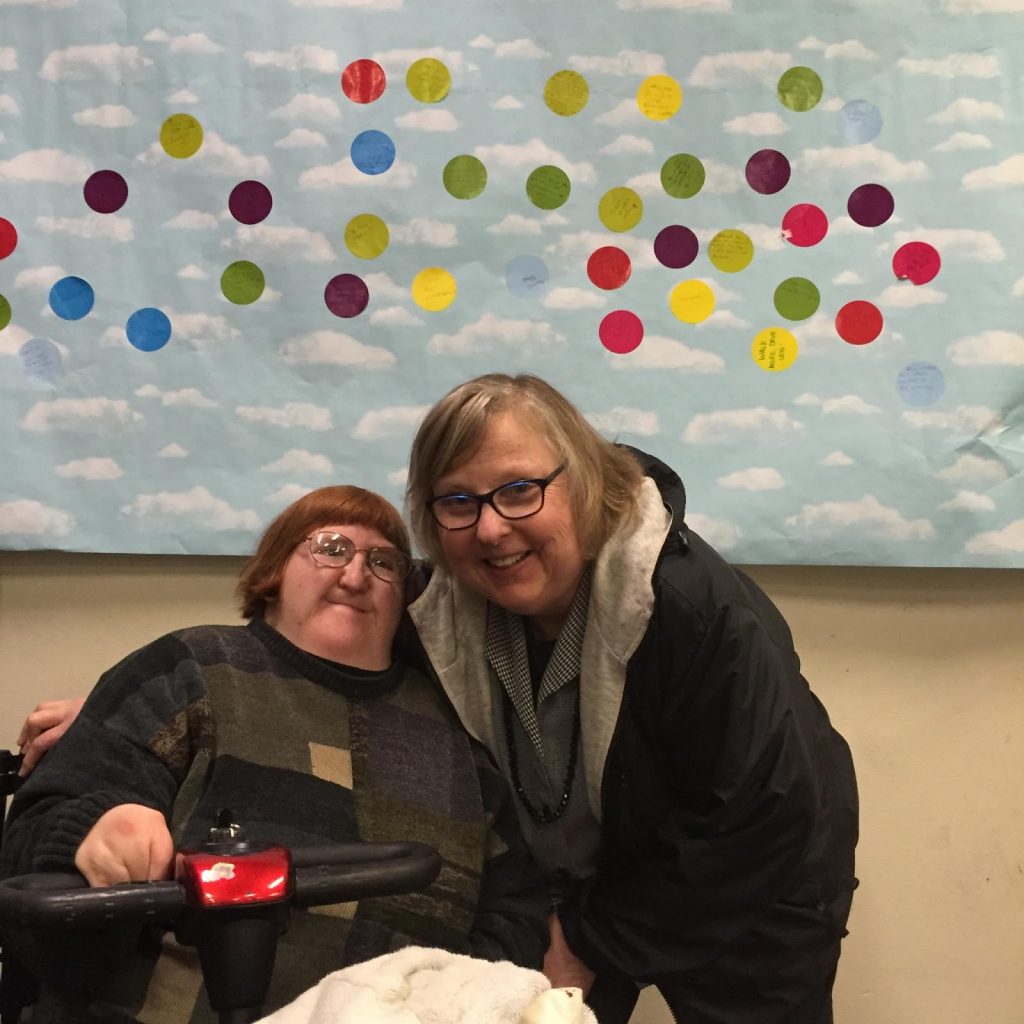 At church over the weekend, she just had to have someone take our picture — never mind the fact that we’d just had our picture taken in that very same spot over Christmas. 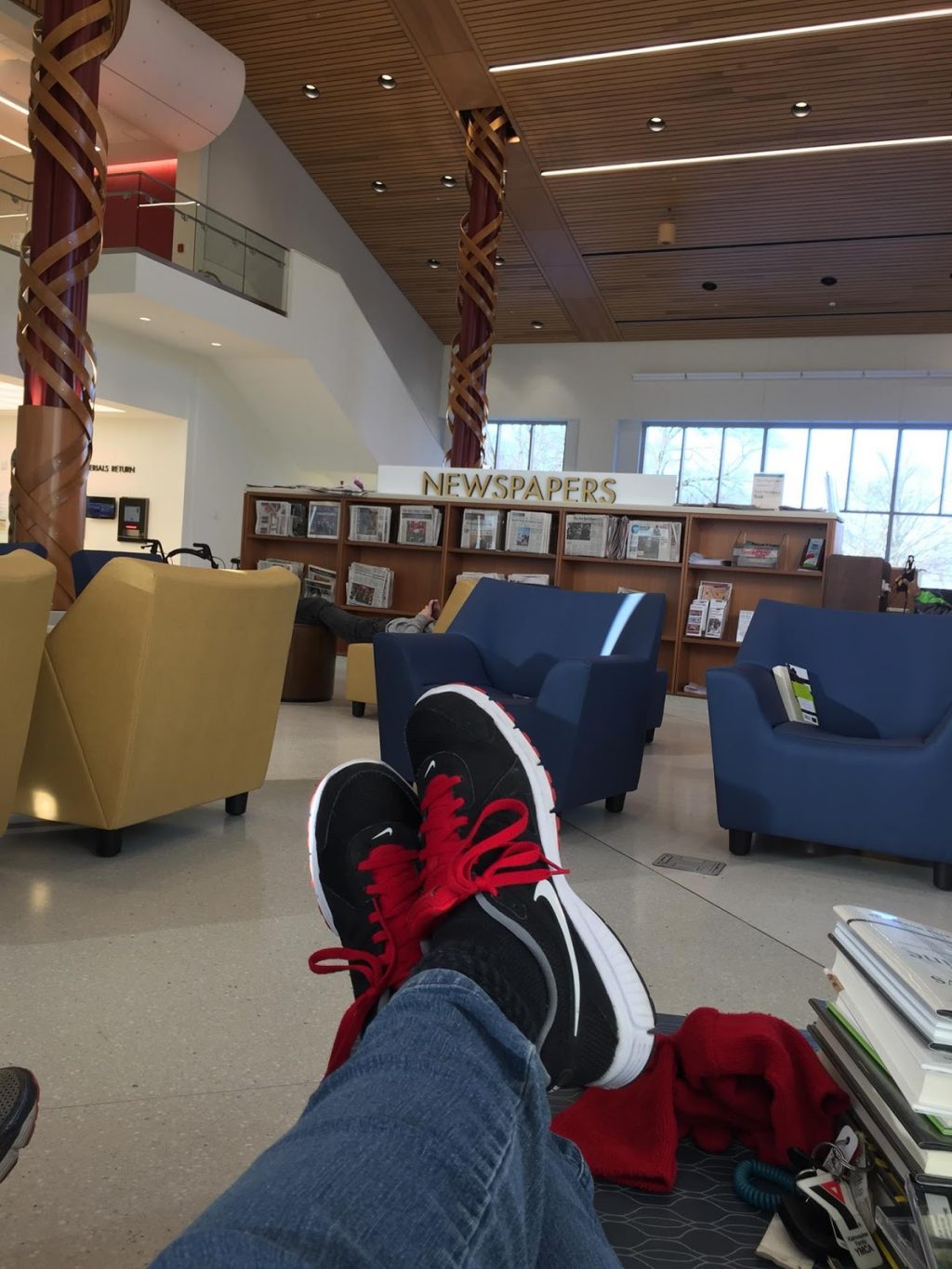 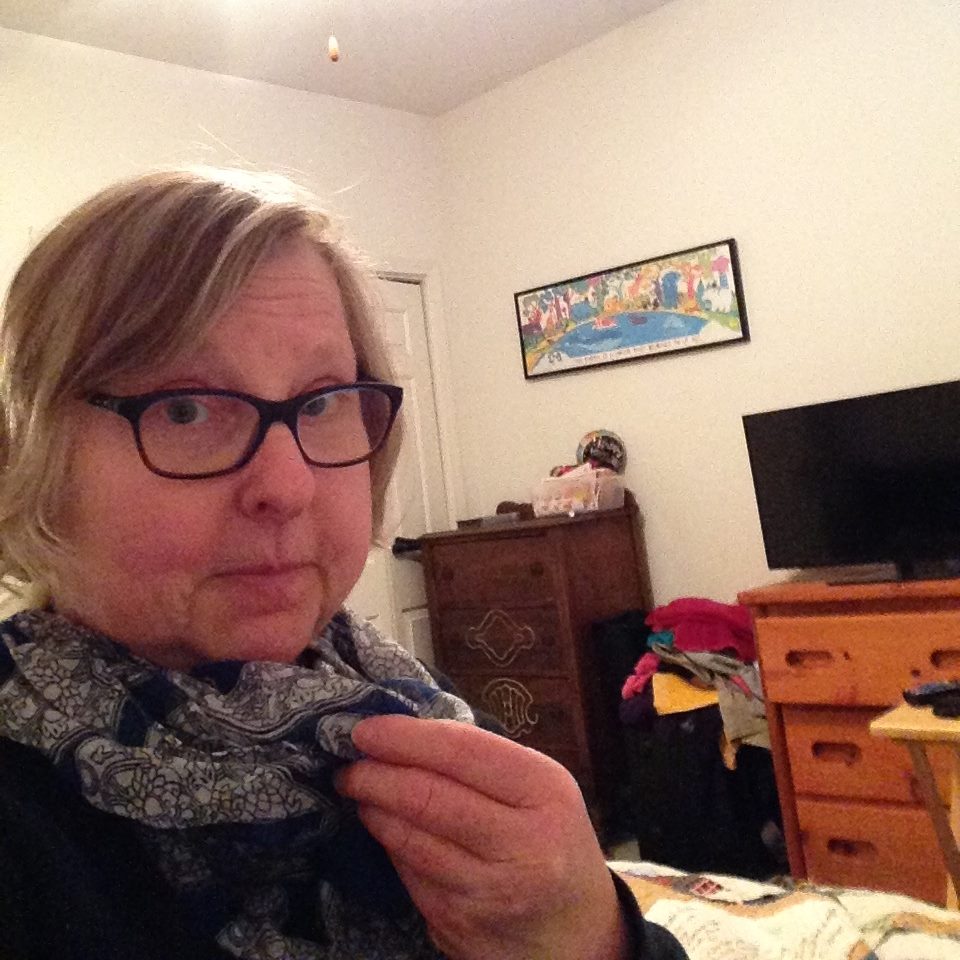 Plus, let’s not discount the selfie she took of her feet while relaxing and reading in our brand-spanking new library. She’s even been known to show off her budding fashionista style loud and proud!

Ever the hipster, eh??

And yet, I suppose I can’t get too mad at her. After all, I have such good memories of my childhood because of her love of taking photos and savoring those little moments. I guess it’s a lesson, really, a family gift that she’s passing down to me. I mean, as the saying goes, “You should never look a gift horse in the mouth.” I guess that also goes for smartphones that sometimes blind you with the flash as your picture is taken.

Just promise me one thing, friends…no one tell her about Snapchat, please! I beg of you! xoxo