There are plenty of songs that bring to mind lots of happy memories — think Small Town, Unapologize and Peaceful Easy Feeling.

But there are just as many songs that make me think of the not-so-happy times, the ones that forever tug at my heart strings and form a lump in my throat.

Even though it’s been nearly 13 years, Norah Jones’ debut album is still that album for me. I like to think of it as my Grief Album because it never fails to take me right back to those early days right after my father died. We’d bought the album a few months before and during those first raw months, the soft, moody, lullaby-like music matched exactly what we were all feeling.

Norah Jones’ “Seven Years”
From Come Away With Me

I remember putting this CD on one morning in the car a few days after my father died. It was one of those cloudy and rainy March days — the kind I imagined grief would actually look like — and we were sitting in the parking lot of the post office. I don’t remember much, but I do remember feeling incredibly numb, like my body was somehow detached from everything that was going on around me. My body was in a state of shock and I didn’t know what to do.

Spinning, laughing, dancing
To her favorite song
A little girl with nothing wrong
Is all alone

This song came on and I listened — really listened — to the words. And they immediately stuck in my brain like silly putty on the wall. It sounds incredibly happy, doesn’t it? After all, the song describes a happy little girl, dancing and laughing as if she doesn’t have a care in the world.

Yet if you listen a little deeper, you get this palpable sense of melancholy. There’s a certain sadness. Things aren’t as they seem. Really, nothing is as it seems. That’s how I felt back in 2003. Sure, I maybe have been going through all the motions and getting by, but I was by no means alright. Nothing was OK and it felt like things would be that way forever. I felt weak and fragile, just like that tiny leaf.

Eventually, I got to the point where I just couldn’t listen to the song or the album anymore. It went from being a source of comfort to something that merely brought my grief to the surface and remind me of those traumatizing days. So I avoided all Norah Jones for years, but last year, I found myself listening to her again — especially the songs that once made me so sad. 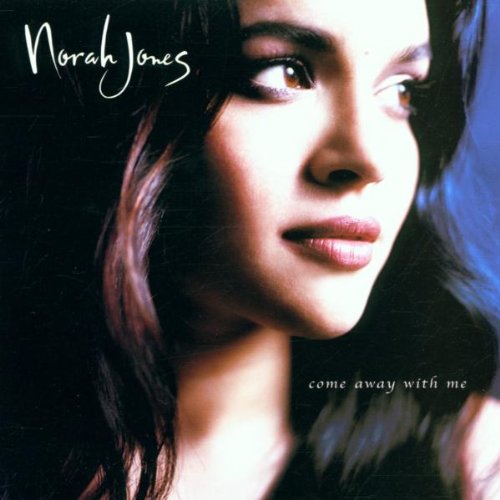 It sounds weird, but maybe the music makes me feel closer to my father. Maybe it’s helping me continue to work through my grief. Maybe it’s going to heal some of those wounds in the long run. As I always say, you can never discount the sheer power of music, whether it makes you feel happy or sad or somewhere in between. All you can really do is open your ears and let that music carry you away — on whatever journey it takes you on… xoxo