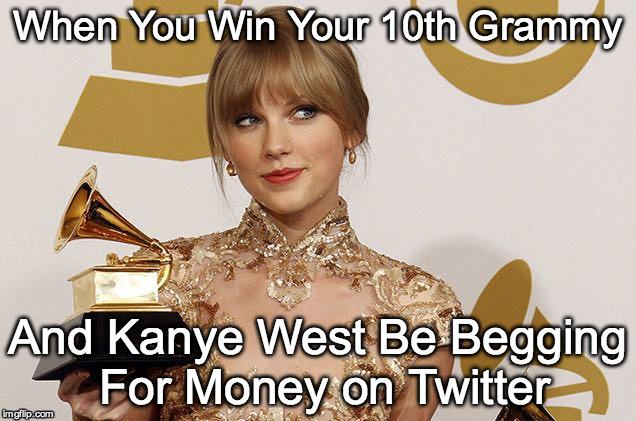 OK, first of all, you all knew this post was coming. I mean, Kanye West himself has made it sort of impossible to NOT talk about his one-sided feud with Taylor Swift, which is probably what he wants in the first place, but whatever. Anyway, I’m not exactly sure where to start — there is SO MUCH to say about this whole colossal storm of a crazy situation, and this one-man crazy show that Mr. West is taking on a tour of social media seems to grow even more confusing with each passing day and new headline-worthy tweet.

It’s hard to imagine anyone not knowing what’s going on, but in case you’ve been living under a rock — a rock without WiFi access — you can read good summaries of everything that’s happened here and here.

Truth be told, I’ve never liked Kanye. At all. I could barely tolerate his constant narcissism and so-called “genius,” but after his latest charade, I’ve lost any shred of teeny, tiny, minuscule, microscopic, barely-visible respect I had leftover for him.

And, really, can you even blame me here? I mean, here’s a guy — a father and a husband, no less — who didn’t seem to think twice about hurling such vile, derogatory words at Taylor in his new song “Famous”…

Are you kidding me?? Disgusting. The more I think about it, the more I realize that the Kanye/Taylor feud is about so much more than bad blood between artists. Sexual harassment is nothing to ever joke about, and calling someone a b**ch is perhaps the ultimate sign of a misogynistic, Neanderthal, under-developed man-child. The whole thing goes beyond all the surface issues and really brings to light social issues like feminism, bullying and gender stereotypes.

And that’s not all. Apparently, Kanye continues to swing jabs at Taylor any chance he gets. I just don’t understand how he thinks ANY of this is even remotely acceptable. People would never dare to repeatedly verbally assault a male musician, so why does Kanye think it’s OK for him to do it? I don’t care whether or not Taylor can handle his malicious insults (she can, obviously, and A LOT more professionally than I ever could) — that’s not really the point.

The point is that it’s the message being sent to young women that is so damaging here. The message that using this kind of language when talking about a woman — or anyone, really — is fine. The message that respect can be an afterthought — or not even a thought at all. The message that having power over someone and using that power to belittle them is something to aspire to. And, perhaps most importantly, the message that a self-assured, successful woman is a woman to be feared and stopped. 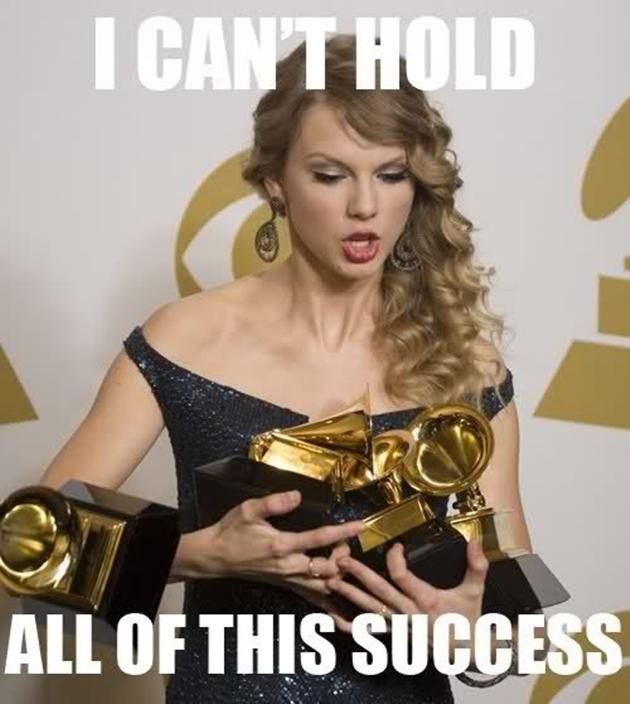 Wrapped together, these messages weave a very scary and dangerous narrative, indeed, one in which women must “know their place,” keep quiet and always let a man outshine them. After all, they wouldn’t be ANYTHING without a man, right? This, my friends, is precisely the narrative women have rallied against and worked so hard to squash. Undermining Taylor’s value as an artist and, especially, as a woman is completely misguided and akin to taking a giant step back — actually, it’s more like one huge mistake. She’s worked hard to get to where she is. SHE. As in, all by herself. She did that, and that’s pretty damn amazing, if you ask me. In an industry where women are constantly picked apart and judged, there needs to be support, not tearing each other down.

So, let’s not let someone as ignorant and callous as Kanye tell us how to be. We’re stronger than that, aren’t we. Let’s take our cue from Taylor’s wonderfully articulate acceptance speech at the Grammys as an example. If she can do it, I think WE ALL CAN DO IT!!!! What do you say? Are you with me and Taylor? xoxo