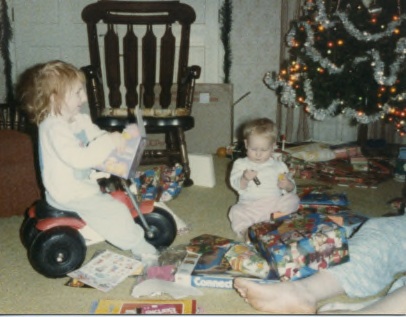 It’s funny how memories creep up on you sometimes, isn’t it? During a conversation with my therapist last week, I was telling her how I was having trouble getting into the holiday spirit this year. She asked about some of my favorite family memories. There were the obvious ones — car rides down to Alabama, cozy Christmas mornings, walking around the mall with my father a few days after Christmas.

That’s when I remembered something I hadn’t thought of in years, and considering my mom just mentioned it in her recent post, I can’t help but think it’s some sort of sign. A bit of cosmic intervention at play, if you will.

Growing up, I don’t remember having strong beliefs one way another another regarding Santa’s existence. Nonetheless, that never seemed to stop my father from doing his best to bring Santa to our little corner of the world. The scene played out the same every year: Once it was dark on Christmas Eve night, my father would sneak outside to ring bells by our bedroom window. As the years went on and we knew it was him, I still looked forward to hearing that sweet jiggling sound every year. It became a wonderful family tradition, something that has come to mean more to me than just bells.

It’s something I never realized until this year, which just might have been my father’s plan all along. 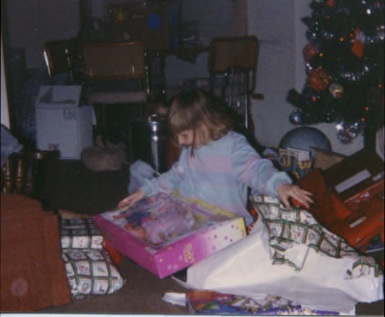 Maybe it was more about the magic than anything else. Maybe my father was trying to instill a sense of magic in us, a sense of wonder with the world that extends far beyond the Christmas season. As we get older, we seem to lose that sense of enchantment, but there’s something to be said for still believing in the magic of it all.

So tonight, as I drift off to sleep on Christmas Eve, I’ll listen for the faint jingle of those bells. Maybe that’s the true lesson right there — a lesson my father is still teaching me all these years later. xoxo