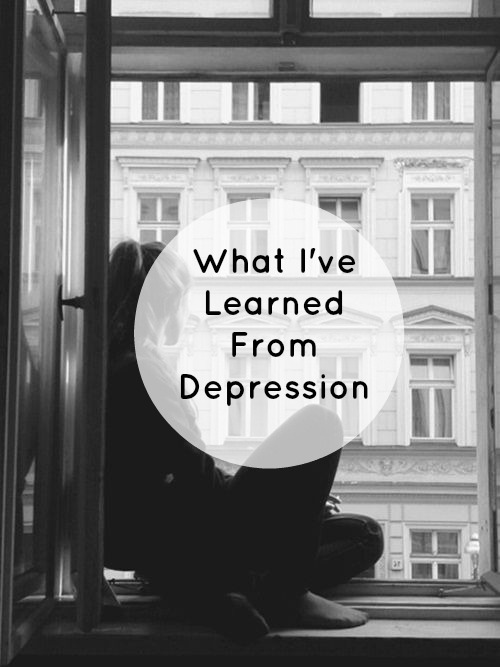 I see it every time I walk past our bookshelf. The bright orange composition book peeks out like a sore thumb, a stark reminder of the past. I can’t help but feel like the story of the woman I used to be is tucked within those pages.

I haven’t opened the notebook in nearly five years, but then again, I don’t have to. Its contents are still fresh in my mind, as fresh as the day I first took paper to pen and began chronicling my world as I saw it.

The story of my depression.

It’s all there. Tucked neatly away in that orange composition book. On that bookshelf. For some strange reason, I haven’t been able to bring myself to open that notebook since those dark days. Sometimes I wonder if I ever will. Maybe I’m afraid of reliving everything again? Maybe I’m afraid remembering something I’ve forgotten over the years? Whatever the case, I try to remind myself that I’m in a different place now than I was in fall 2010, when my depression symptoms took hold. After all, I’ve slowly weaned myself off the morning dose of one of my anti-anxiety medications, and I’m feeling surprisingly strong about the whole thing. It’s taken me awhile to get to this point, but there were definitely some things that helped along the way — things I wish someone had told me five years ago. Here, five things I’ve learned about depression…

1. Depression is just as painful as a physical illness: One of my biggest pet peeves is hearing people say, “Oh, it’s only sadness. Just get over it.” And lately, I’ve come across several people who spoke of being “cured,” as if they just woke up one day and their depression was magically gone. Poof. Umm, OK. No. As much as we’d like, depression isn’t something we can just will away, and it can be just as serious — if not more — than a physical illness. Would you tell someone that if they just think hard enough, their cancer will disappear? Of course not. Think of that the next time you speak with someone suffering.

Also, DON’T BE ASHAMED of taking medication or seeking therapy. It doesn’t mean you’re weak or crazy or a horrible person. You should applaud yourself for taking your mental health and recovery into your own hands. The stigma and misconceptions surrounding mental illness have sadly created a culture of judgment and scorn; do everything you can to shut out those voices and take care of yourself. Do what’s right for YOU, the rest of the world be damned.

2. Don’t forget about the people around you: I don’t know how I would have ever made it through the last five years without my friends and family — not to mention my therapist and psychiatrist. They were there for me every step of the way. They cheered me up and loved me unconditionally, at a time when I wasn’t very keen on loving or even believing in myself. During a time that is so confusing and uncertain, you need people like that lighting the path for you. True, it might seem like they’re smothering you sometimes, but trust me, you’ll thank them in the long run.

3. Self-care is so very important: My mom is a huge proponent of this one, and I’m so thankful she never let me forget this. It’s so easy to get down on yourself when you’re depressed (I was so critical of everything I did during this time!), but putting all that pressure on yourself is only going to impede your recovery. Take care of yourself and find little moments of happiness, no matter how small — watch your favorite TV show, go for a walk, listen to your favorite Pandora station. These seem like small things, but just doing something — ANYTHING! — to take your mind off your depression, which was on my mind for approximately 22 hours a day, will work wonders.

4. You are NOT your depression: When I was going through it, I felt powerless in separating myself from what was happening to me. I started to feel like I was blending in with my depression and we were becoming one in the same — some sort of intractable, glued-together force that I’d be stuck with for the rest of my life. A chain around my ankles. A Scarlet Letter around my neck. An anchor pulling me under the tide. But you know what I (eventually…) discovered? I am Melissa. I am not my depression. That’s a pretty beautiful thing, isn’t it?

5. You will get through it: Yes, it will take work — see #1-4. Lots of work. And at the time, especially when you’re in the thick of it, it feels like this depression you’re feeling will go on forever. But let me tell you this: It won’t. In the darkest hours, in those moments that you just can’t stop crying because you, well, don’t know what else to do and yes, during those time when just want to lie in bed forever…eventually, those scary moments will fade. You’ll one day come out the other side. I know it sounds incredibly cliche to say that the light will come back into your life, but it will. I promise. It did for me, and I’m thankful for that every single day. 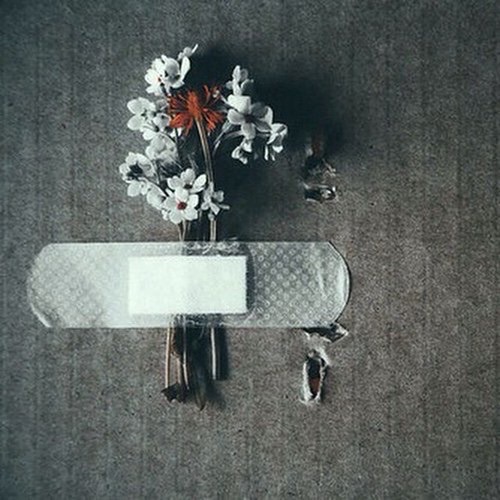 So maybe I don’t really need to re-read that dusty old orange journal. I already know where I’ve been, and I’m pretty excited about where I’m going… xoxo