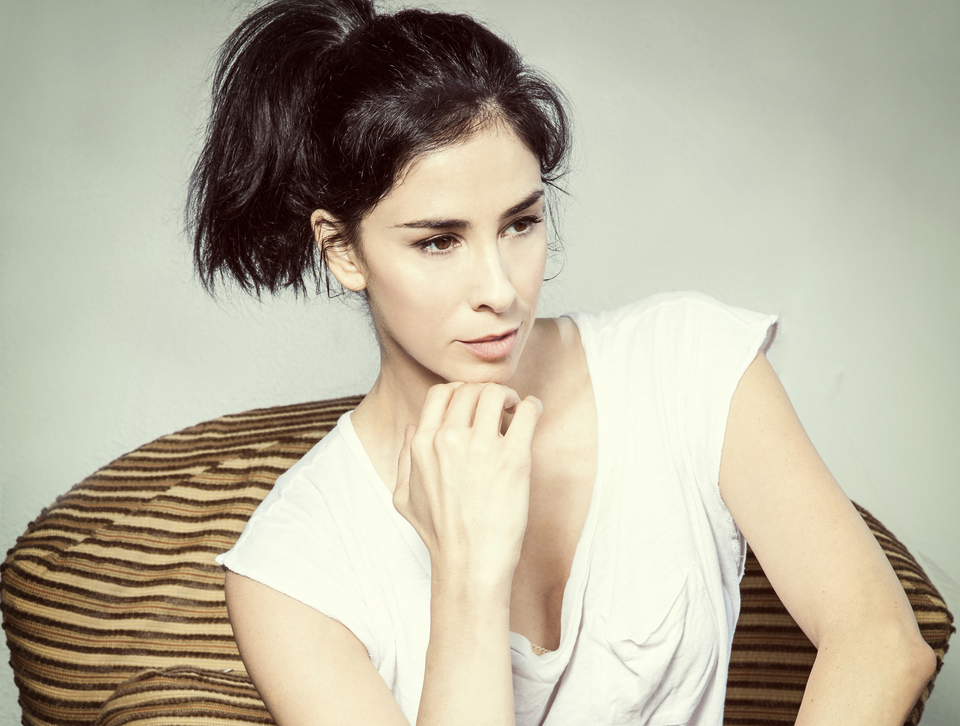 Last week, I posted Demi Lovato’s inspiring words about mental illness and all the amazing work she’s doing to raise awareness. Well, I was so glad to come across Sarah Silverman’s candid talk of struggling with depression. The comedian, who first became depressed at 13 following a “miserable” class trip, recently spoke to Glamour magazine and perfectly described the feelings associated with the disease…

“It happened as fast as the sun going behind a cloud. You know how you can be fine one moment, and the next it’s, ‘Oh my God, I f—ing have the flu!?’ It was like that. Only this flu lasted for three years. Once, my stepdad asked me, ‘What does it feel like?’ And I said, ‘It feels like I’m desperately homesick, but I’m home.'”

Her battle with depression has also shaped her comedy, she says: “The dark years and those ups and downs – chemical and otherwise – have always informed my work; I believe being a comedian is about exposing yourself, warts and all.”

As I mentioned in so many of my own depression posts, I felt the exact same way. I constantly felt like I was trying to swim against an overwhelming current that was determined to pull me under. No matter which direction I went, I just couldn’t seem to escape it. And there were days when that powerful riptide did pull me under the water. Not permanently, of course, but just enough that there were times I’d just want to curl up under the covers and sleep, times where I couldn’t even finish an entire episode of Frasier because my mind was too full of anxiety or times where the simple act of looking ahead to the next day proved overwhelming. It was all overwhelming. It was all too much.

But like Sarah, I feel like I’ve done some of my best writing post-depression, and I know that’s in no small part due to what I went through. You can’t help but be changed by those sorts of experiences and they inform who you are and who you become. They put their stamp on you, in both good and bad ways. It becomes your job to work to incorporate that stamp into your life and your life story. You can either let it destroy you or you can wear the stamp like a scar. I’ve been trying my best to do the latter and it’s been working so far.

To everyone suffering right now: Keep going. It’s so worth it. I promise, and I’m right there with you. You know that you can always email me if you ever need to talk. I’m always here, friends! xoxo

P.S. On sources of unexpected strength, wise words on crying, telling your story and 5 things I’ve learned about depression.