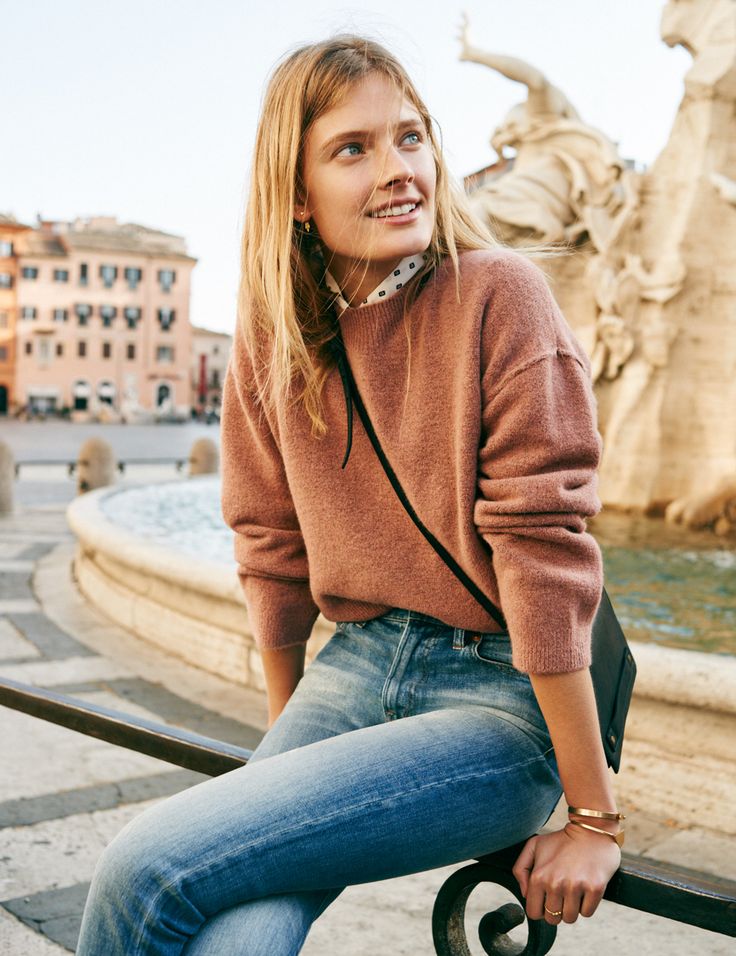 …what would it be? Fall fashion is officially in full swing! As POPSUGAR says: “It’s not hard to guess what will be the big trends for any Fall season. You can put money on the fact that colors will be toned down, that some cozy fabric will be on every runway, that at least one — if not several — decades will be referenced, and that there will be coats. Lots of coats.”

Another thing you can always count on? New designers unveiling new lines at new fashion shows all over the world. There’s so much to choose from that it’s enough to make your head spin sometimes.
BBB
But imagine for a moment that you’re an Anna Wintour or a Zac Posen — you know, someone who was setting the trends instead of following them. Think of the world as your fashion palette, as if nothing would be off limits. What would you dream up? Oh, I’ve got lots of ideas, like…

1. Big comfy, cozy, warm sweaters with adorable cats stitched on them: Why? Because NO ONE should ever be ashamed to wear their cat love on their sleeve — or, in this case, on the entire shirt. Nope. There should never be any sort of shame in that.

2. Holographic pants: Honestly, I’m surprised we don’t have them yet. It sort of reminds me of something that would have been in Back To The Future II — something that would have mystified the Marty McFly of 1985 when he discovered it during his trip to 2015. I envision them as a throwback to hammer pants (see, there’s that decade reference!), only bright and loud and oh-so-very colorful and reflective. Heck, to up the futuristic component, the pants could even come with a remote so you could adjust the “holographness” of said pants.

3. Mood shoes: It’s like a mood ring, only for your feet. The shoe laces would change color depending on your mood. Plus, there could also be a tracking device built in that would log your moods for future reference — how cool would it be to be able to hook it up to your laptop and see how your moods fluctuate? Try hiding your emotions now…

I’m seeing a very forward-thinking, futuristic theme here…who knew? What trend would you like to start, friends? Anything you’ve been dying to see on the runway? Think you’ve got the next big IT idea just waiting to be debuted? Let’s chat!! xoxo