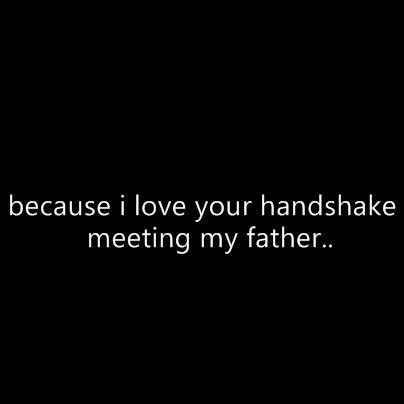 The above lyric is one of my all-time favorites from Taylor Swift, and it’s one I find myself coming back to time and time again. I must be riding the Nostalgia Train today, Sweet pea, because I’ve been thinking about our Meeting The Parents story again. Of course, you already know how it turns out, but back here in August 2015, well, I haven’t a clue. Not one single clue. It could go the way of a romantic comedy, full of endearing-yet-awkward pauses and flipping through stacks of family photo albums. Or it could go the way of a horrible family Thanksgiving where people end arguing before the pumpkin pie comes out of the oven. There are a million different ways that things could turn out, and maybe that’s what makes it all sort of alluring. Right now, I can sort of approach it with a choose-your-own-adventure mentality; the possibilities are seemingly endless.

One thing I know I’ll miss witnessing, though, is your first interaction with my father. That infamous father-boyfriend first meeting is the stuff of legends, the colliding of two worlds, the introduction of the two most important men in your life. You’d be in for a real treat with my father, let me tell you. Truth be told, you’d probably even be a little intimidated. He was a pretty powerful force and even more of an overprotecting force when it came to his family. Sure, he was really just a big teddy bear, but bears are also natural wild animals, remember — they run on instinct, and when it came to instinct, my father’s was to take care of his family.

His was a firm handshake. He had the kind of handshake that was self-assured, at once both alarming and inviting. It put you at ease and kept you on your toes. It helped you figure out just where you stood so there’d be no confusion. I remember my father shaking everyone’s had with a solid grip — he was always old-fashioned that way, I suppose. Your first handshake with him, Sweetpea? Oh, I’m sure it would have been quite the sight to see. Honestly, it might have left you shivering in your boots — or at the very least, rendered pretty speechless. My father just had a way with people like that. 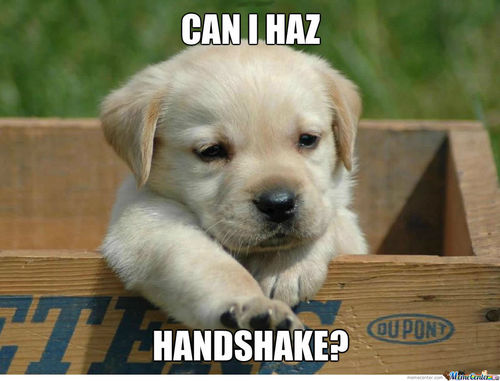 Is that weird, though? I mean, can you really even miss something you never had in the first place? Maybe ‘miss’ isn’t really the right word. Whimsical? Nope, that doesn’t really work either. What do you call something that you know will never even happen and yet, you still pine for it? You still wish with all your heart that it could happen, and maybe, in a tiny naive corner of your heart, a part of you will always hold on to that hope that it will happen — that you’ll somehow find yourself in an alternate universe one day where everything will happen just the way you’ve always wanted it to.

So for now, you learn to be content with the dreams and the choose-your-own-adventures. Not because they’re all you’ve got, but because, as odd as it all sounds, they bring you comfort. And for now, you realize that’s enough. I look forward to seeing how it all plays out, Sweetpea. Until we meet… xoxo