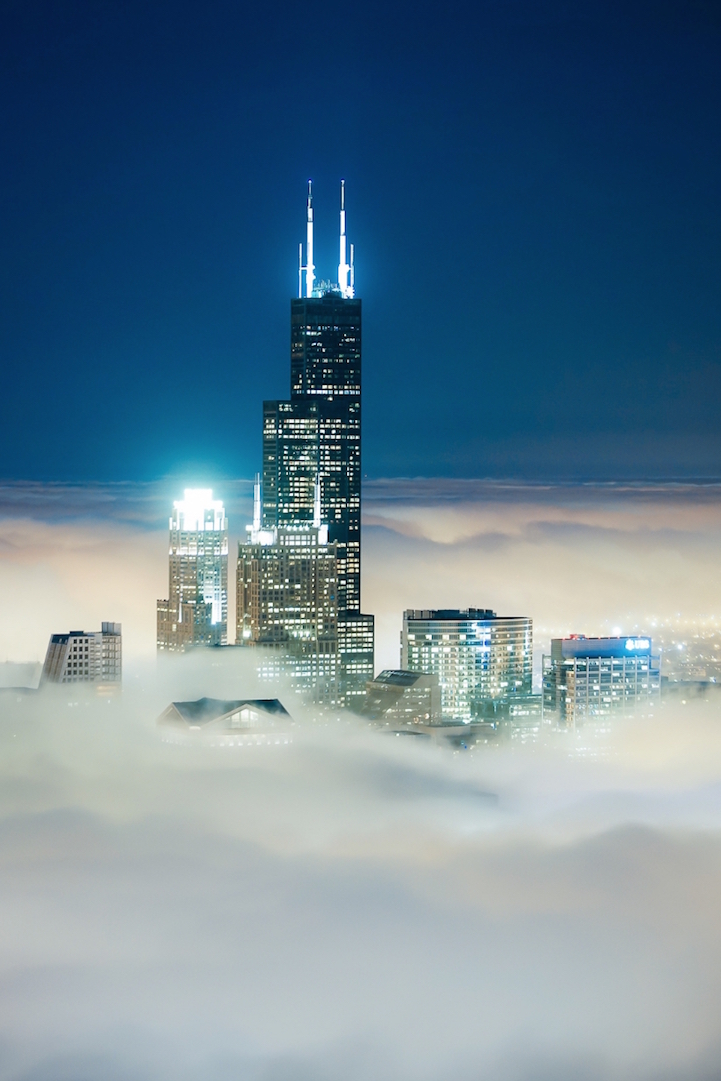 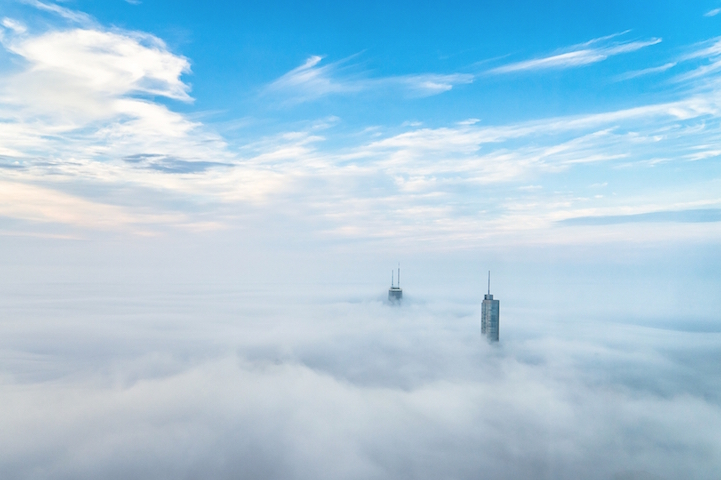 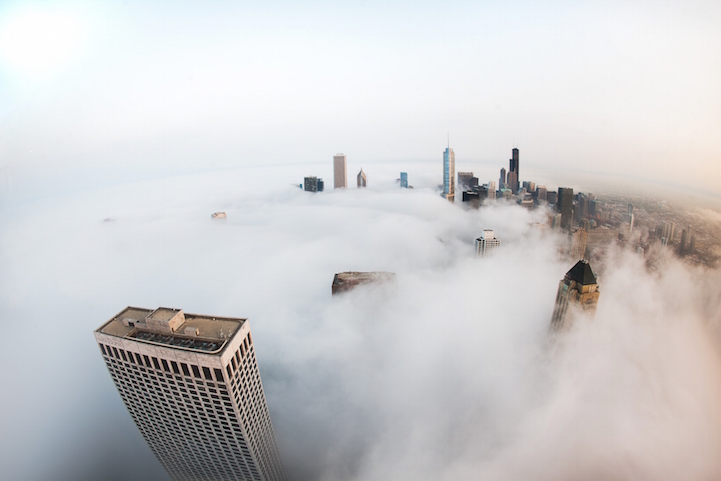 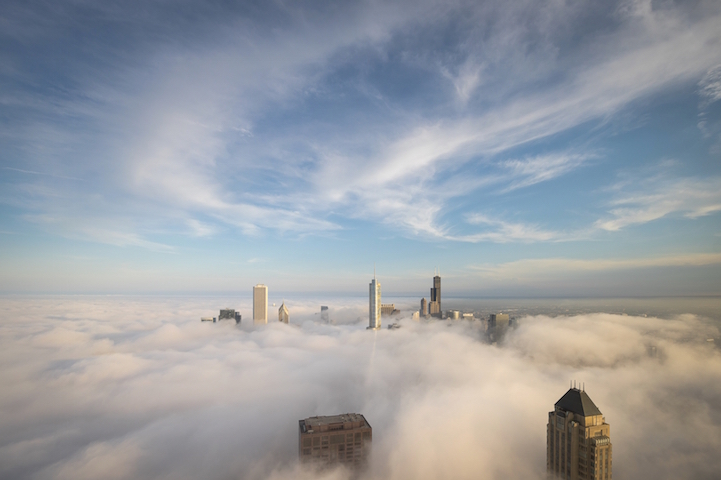 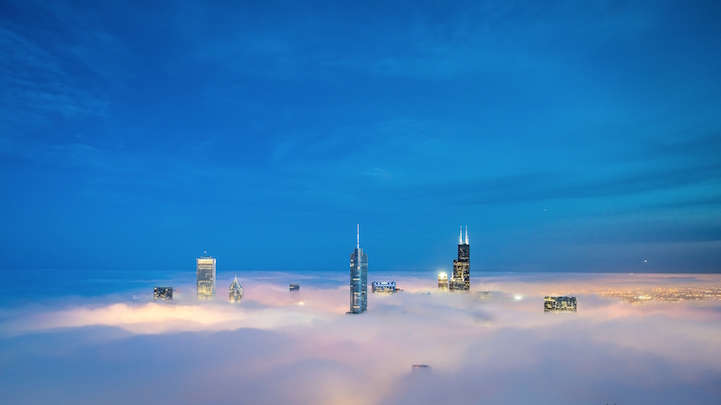 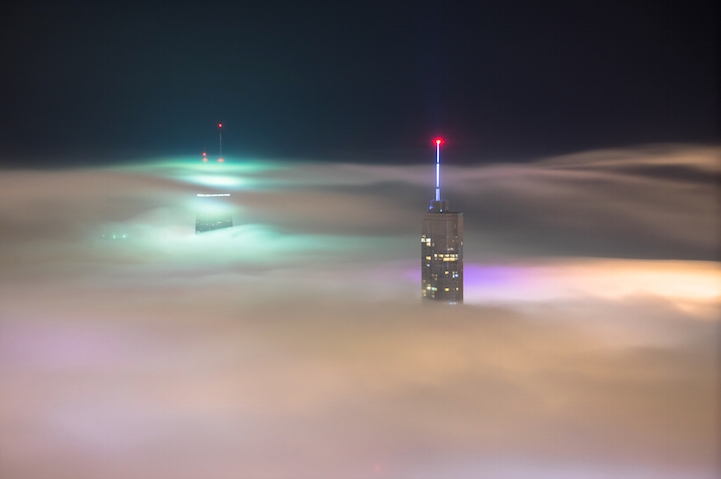 I know I’ve mentioned it before, but Chicago is, hands-down, my all-time favorite city. In the entire world. I mean, the city is really where it’s at, and, even though all my medical stuff happened there, it still holds such fond memories for my family.

How cool are these photos of the Windy City’s classic skyline piercing through the dense fog and clouds? Chicago-based photographer Peter Tsai has spent the last six years capturing the city in all its glory for his project called Cloud Chicago. The result is a somewhat mystical portrait.

“The clouds are so rare and wonderful as they isolate the skyscrapers that reach above them,” he recently told My Modern Met. “It is wonderful watching the flow of fog moving by them, making it appear as if the world is moving around them. I feel like I have a fairly complete body of work now, with well over 50 images that I’m happy with. However, I’ll keep building on the work as the rare opportunities present themselves.”

Ahh, yes, what a lovely, magical city, indeed! Have you ever been to Chicago, friends? What’s your favorite part of the city? What is your favorite city? Why? I’d love to hear!!! xoxo


P.S. San Francisco fog, New York City from above and parks from above.