(This is the first post in a new series called The Science of Love, where I’ll be putting my journalistic nose to the grindstone in the name of love. Look for interviews from experts on everything from dating to decoding the language of that two-word text. It’s all about the tango, or so I’ve heard. Have a burning topic that you’d like to see covered? Email me at mellow1422@aol.com and let’s chat!) 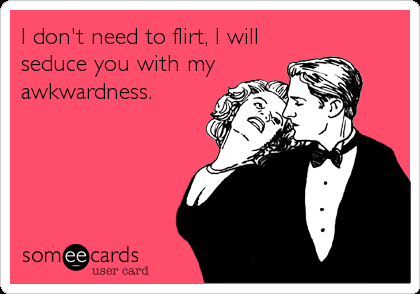 We all know I’m pretty much one giant awkward klutz when it comes to all things flirting. I just don’t have one single flirty bone in my body, and more often than not, my attempts at wooing the boys comes off as anything but subtle.

But I hear there are people that can flirt effortlessly. Some might even say they’ve got it all down to an art. I wanted to do some research in the field, but since I’m not bold enough (yet!) to flex my flirt muscle in a trial-and-error style, I turned to the next best thing!

Meet Laurie Davis from eFlirt, the online dating experts. I had the chance to interview her a couple years ago on all things flirting and the changing landscape of technology and dating. Here’s Part One of our chat — look for Part Two tomorrow!

How has flirting changed in the last 10 years, especially with the prevalence of technology?
Flirting has changed a lot in the last 10 years. Now, not only can you flirt in person, but you can flirt online. You can use online dating sites, social networking platforms and iPhone apps. Of course, “there’s an app for that” too. You can use GPS locator apps to find matches at the same bar, and you can approach them via message rather than with a handshake. It’s even socially acceptable to flirt via text, with the possibility of it turning into a sext.

Flirting by way of technology takes away some of the indicators that it is, in fact, flirting — like body language, eye contact and blushing. Flirting virtually sometimes means that you need to be bolder and more outspoken. Subtly doesn’t always come across when it is text-only. People also often let their guards down sooner and say things that they wouldn’t otherwise if the flirting happened in person.

How do men and women’s styles of flirting differ? Could you give me a few examples?
Actually, I try not to generalize by saying “men do this” and “woman do that.” I approach everything on a case-by-case basis with my clients. For example some men are too outspoken and some are too shy. It depends on the person.

I admit I’m an incredibly awkward flirt, especially considering my disability. What advice do you have for me?
I’ve read some of your articles and the wheelchair seems to be one of the big problems you face. When you meet online, the metal and wheels won’t seem so intimidating. You should definitely talk about it, but without it staring them in the face, it probably won’t be such a big thing to overcome.

When you’re face-to-face with a cutie, body language is one of the key factors that tells someone you are flirting. When you’re planted in a seat, you are limited, but you can still flirt your butt off! (No pun intended!!) I’d recommend practicing some things in front of the mirror. I know this sounds silly, but being aware of how your body looks when you do certain things, particularly when you are limited, is important. 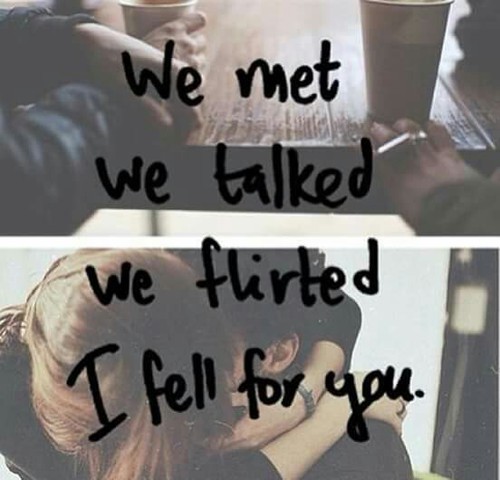 Thanks, Laurie! Feel free to share your own experiences in the comments, friends, and check back tomorrow for Part Two of our interview! xoxo