I first met fellow writer Carly Okyle several years ago on Facebook. She interviewed me about life with a disability for her blog The D Card, which she started as part of a class assignment during graduate school. Now an editorial assistant for Entrepreneur.com, she spends her days writing and exploring life in the Big Apple. Today, I got to turn the tables and ask her the questions. Her words, of course, were inspiring, honest and real… 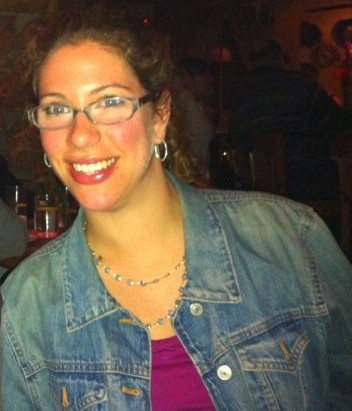 Can you tell me a bit about yourself and your disability?
I’m a journalist that lives in Manhattan. I’m a pescatarian, a sports fan and an avid reader who loves to make people laugh with a cheesy joke whenever possible. I also have mild cerebral palsy, which affects my balance. I walk with a limp and have some perceptual difficulties, but none of this hinders my love of traveling.

What’s been the most challenging thing regarding your disability?
I was raised to believe that I could do anything I wanted to do. It has been challenging, at times, to recognize that this might not always be the case (my perception issues make driving difficult, and I can’t balance on a bicycle or a horse, for example). Still, I’d rather try to do something and fail at it in spectacular fashion than assume that something wasn’t a possibility before I even made an attempt. In that spirit, I’m still trying to convince a friend to take me ice skating during the winter. Nobody’s caved in to my request yet, but I have a lifetime of winters left to make my case.

Most people don’t think about the ‘positive’ side of a disability…are there any for you?
Having a disability is, in a way, the ultimate litmus test. It can bring out the best in people or the worst. You find out who you can count on and who genuinely loves you — especially on the days when it can be hard to love yourself.

The ADA is all about breaking down barriers for the disability community. What do you see as the biggest barrier in society right now? How have you personally experienced this in your own life?
I think that the biggest struggle is people’s attitudes and assumptions. In many ways, attitudes have improved (see the next question), but people still use the R word, still stare in public and still assume that people with disabilities can’t run businesses or don’t want to fall in love and have families. 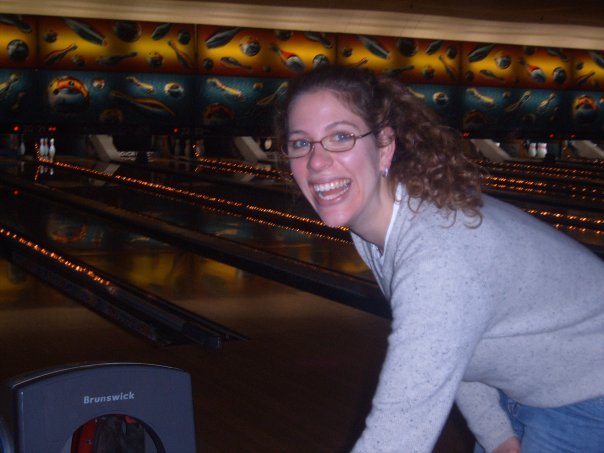 In what ways do you think society’s attitude toward the disability community has changed in recent years? Why do you think it’s changed?
Historically, physically and mentally disabled people were forcibly sterilized and put away in institutions rather than interacting with the community at large. As a society, we’ve come a long way since then. Though I wasn’t born at the time, I would guess that many of those practices were derived from fear of what people didn’t understand. As we learn more about various disabilities and develop new therapy techniques and medicines, we understand more about how the brain and body work. Also, as more people with disabilities are portrayed in mainstream media as a part of society, we learn to see the person behind the diagnosis. Education and popular culture are making disabilities less unknowable, and therefore less frightening. Policies can now be formed based out of compassion and assistance instead of fright and panic.

Are there any misconceptions that still get under your skin?
People generally portray people with disabilities as either angry and bitter or as a shining beacon of inspiration and saintliness. I’ve found that people with disabilities are just that — people. Some are angry people, some are inspiring people (people can also be both of those things at once on any given day) and most are people who are just living their lives — enjoying ice cream, laughing with friends, stressed about work, procrastinating the errands they don’t want to run in favor of just one more episode on Netflix. Just let people be people rather than archetypes.

If you could tell the world one thing in honor of the ADA’s 25th birthday, what would it be?
It sounds naive, but really…treat people as you would want to be treated. Pre-schoolers understand that concept, so I’m not exactly sure when that idea gets lost, but if I could offer any advice, I guess that’d be it.