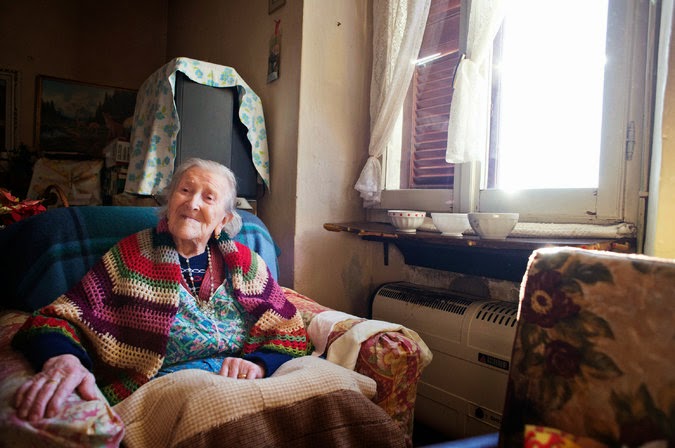 Meet Emma Morano. She hails from Italy and has led quite the remarkable life — and quite the long one as well. At 115, she’s the oldest living person in Europe. When it comes to the source of her very own fountain of youth, she credits two things: three raw eggs AND remaining single for most of her life. The New York Times ran an inspiring profile of her, and it brought such a huge smile to my face this morning.

“She is also convinced that being single for most of her life, after an unhappy marriage that ended in 1938 following the death of an infant son, has kept her kicking. Separation was rare then, and divorce became legal in Italy only in 1970. She said she had plenty of suitors after that, but never chose another partner. ‘I didn’t want to be dominated by anyone,’” she said.

I LOVE this! What a wild adventure she must have had plowing through life and charting her own course, especially during a time when it was rare for a woman to be unmarried. But it looks like Morano didn’t care, and that is so refreshing. So often, we hear women bemoan, “I’m going to end up an 80-year-old spinster in a tiny apartment with cats,” as if that is some sort of fate worse than death. Their lives would be completely ruined if that happened. Very seldom do we hear the term spinster in such a positive light, which is why Morano is making the hearts of single ladies the world over swell with pride!

How awesome is she? Do you know anyone like her in your own life/ Live long and single, friends! xoxo