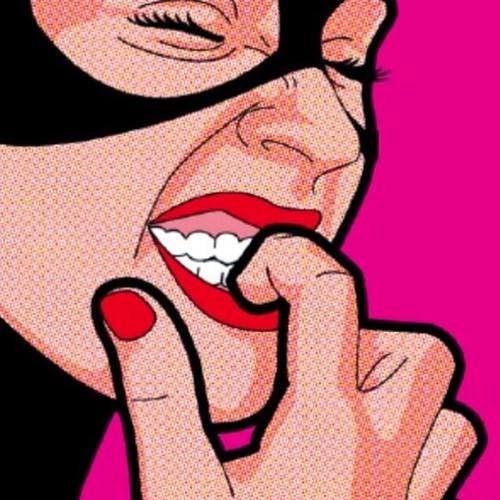 A few years ago, I alluded to bad habits and fessed up to some of my own: My sometimes-inflated level of self-esteem, my love of weekend leisure time and my love of sweets.

It turned out to be rather liberating, this massive truth telling, but I’ve noticed over the years that there are still a number of “bad habits” that I just can’t seem to shake for good. Five of my “greatest hits,” as I like to call them…

*Biting my nails
*Snacking before bed
*Eavesdropping (though I chalk that one up to the journalist in me)
*Worrying and fixating on things I can’t change
*Being Ms. Bossy

Well, SELF recently wrote an interesting article on what to do when you can’t seem to break a bad habit, and the advice sounds pretty logical. The secret: Replace the old habit with a new one.

“Here’s the place where most people fail when they’re [trying to] change behaviors. They start by saying, ‘I need to stop biting my nails.’ Now, the problem with that is that’s a negative goal. Why is that a problem? Because it’s something you don’t want to do. And the reason that that’s a problem is because your habit learning system is an active system. It wants to associate behaviors with the environment. If you say I don’t want to do something, then what you’re doing is focusing yourself on not acting.”

Because our brains are more adept at implementing news skills as opposed to unlearning those bad ones, researchers say it’s more productive in the long-run to develop a healthy new habit to divert your attention away from the old one.

It sounds like common sense, right? Sounds a bit like my father’s hard drive analogy. It might take a bit of focus (OK, a lot of focus!), but it has to be better than my Pop-Tart cravings that seem to strike at midnight like clockwork.

What are some of your bad habits, friends? Have they gotten worse over the years? Have they changed? What tips do you have for getting rid of them one and for all? xoxo

P.S. Totally random: Now I’ve got Chicago’s “Hard Habit To Break” stuck in my head. How do I break that habit….hahaha! 🙂