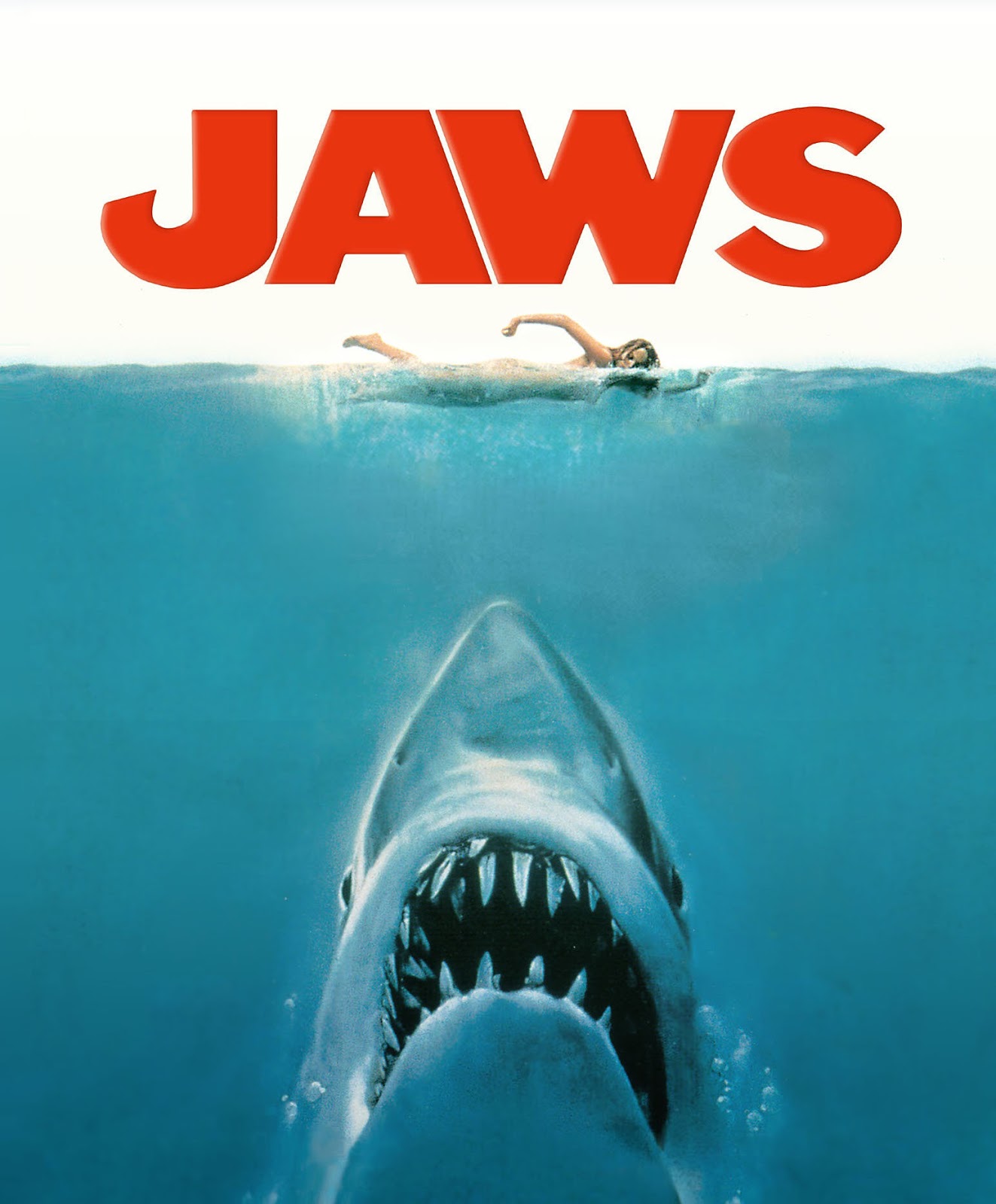 I’ll tell you when it all started, friends. It all started with that mesmerizing mood music and a little fin gliding through the water. It looked like the makings of a quaint little movie about the sea, maybe about a band of misfit pirates and all their merry adventures.

Or rather, that music seemed cute and that fin seemed little at the time. Fast forward a few more minutes (those minutes seemed more like an eternity…), cut to a woman’s legs, the sight of blood and, well, it all began to come together.

My past is full of traumatic shark encounters. I couldn’t have been more than 8 years old when I saw the movie for the first time. I’m referring to the original JAWS movie here. The others scared and scarred me, to be sure, but there was nothing like the terror of that first one. The terror seeped into my bones and coursed through my blood (no pun intended…). And no, it didn’t make it any easier to know that JAWS was a robotic shark; if a shark that big is opening its mouth with teeth that look that sharp, you best be thinking I’m not going to sit there and calmly say to myself, “Oh, it’s OK. It only LOOKS real…“

Then when I was 13, I went on the JAWS ride at Universal Studios during my Make-A-Wish trip. Big. Mistake. It practically felt like I was IN the movie. A few years after that, there was a shark attack in the Gulf of Mexico while we were visiting my grandparents. Now, mind you, this was the SAME Gulf of Mexico I spent many an afternoon frolicking in — well, used to frolic in, I suppose. Not anymore.

Suffice it to say, sharks have never been my “bae,” as the hip young people might say.

Why this sudden and sharply focused reminder of my youthful trauma, you may ask? This year marks the 40th anniversary of the movie’s theatrical release. It was one of the first movies I remember that left me completely terrified. I probably spent half the film with my eyes closed, peeking out only when that scary music wasn’t playing. I’ve only seen it on television, so I can’t even imagine how utterly haunting it must have been on the BIG screen!

You’d think that I’d be older and wiser by now, that I’d somehow outgrew my fear by now. Sadly, nope! The fire of fear still rages, and perhaps it always will. In fact, I’ve had JAWS 3 sitting on my DVR for more than six months now and still haven’t watched it yet.

What’s your ‘JAWS,’ friends? You know, those movies that leave their mark on you for life? Any irrational movie fears? Go ahead and leave your confessions in the comments. Let’s commiserate together, shall we?!?!? xoxo