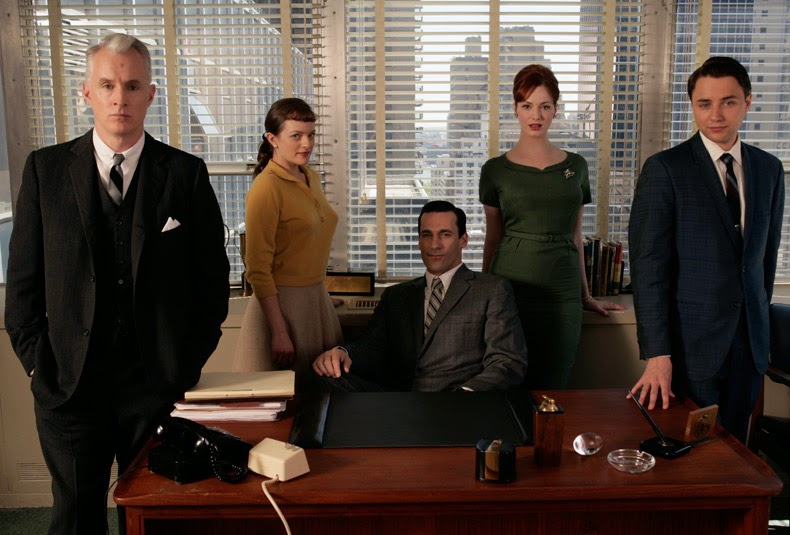 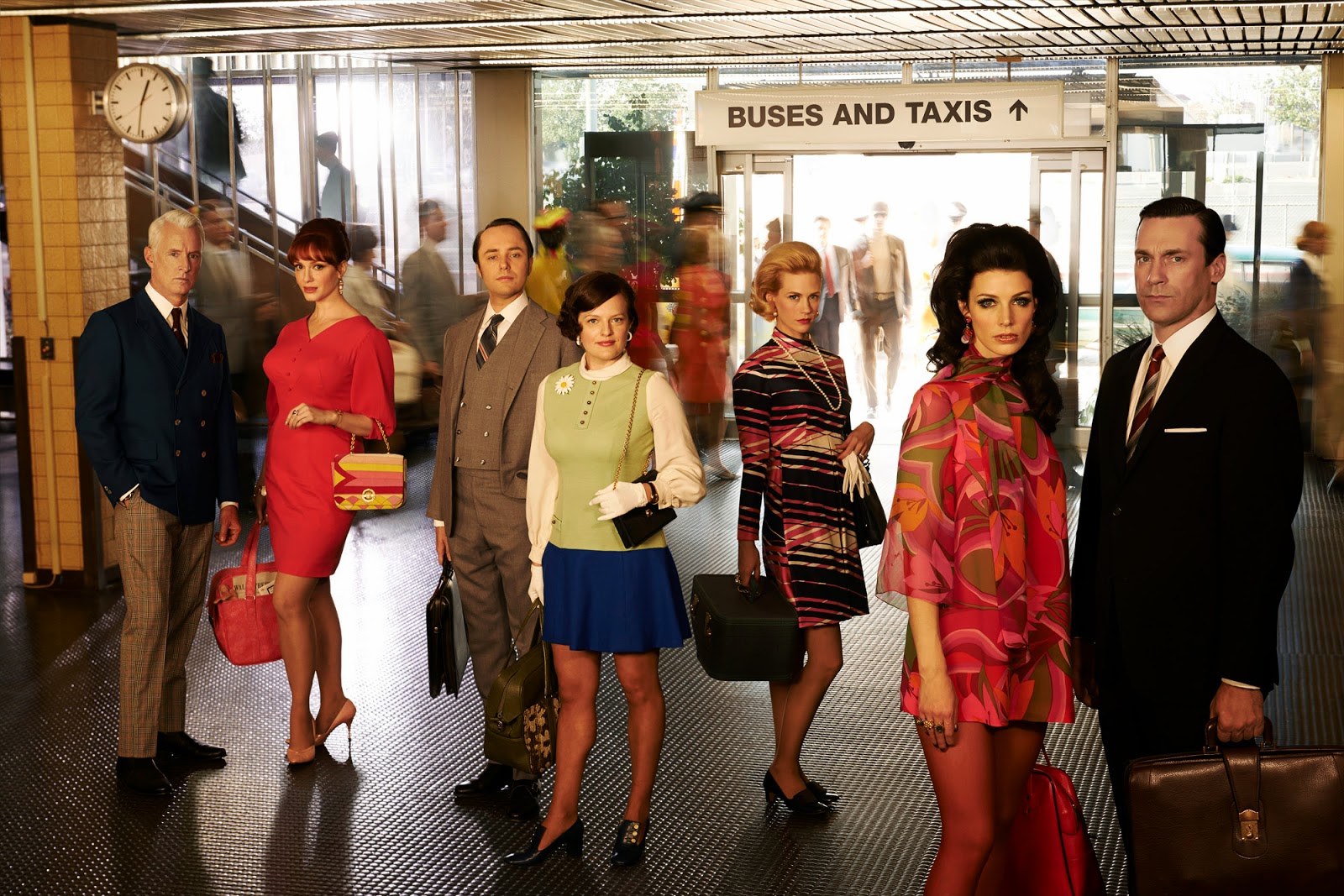 Full disclosure: I’ve had this idea saved as a blog draft for more than a year now. As I’ve become more and more obsessed with Mad Men, the AMC drama about New York ad execs in those flashy ’60s suits, my imagination seemed to take on a life of its own. And now that we’re nearing the home stretch of the series (hello, 1970…), the “how will it all end? ” speculations are already in full swing. So many things have happened over the last seven years. After all, we got the first inkling way back in season one that the devastatingly alluring Don Draper wasn’t exactly who he said he was, and you all know that I’ve wrestled with my love-hate feelings for Mr. Draper. Needless to say, I’ve invested my heart and soul in this show, so to give it a proper send-off into the analogues of TV history, here are five endings I’d write into the final scripts, if only show creator Matthew Weiner would let me borrow his pen…

1. Don and Peggy end up together: Yes, I know I’m probably the only person on the planet who sees this as a viable ending, but these two have had a special relationship ever since Peggy picked up that stenographer’s notebook as Don’s secretary. They’ve become more or less equals over the years, and Peggy could help Don get his life back on track. And remember that episode last season when they were working late and ended up dancing in the office? THERE WAS A MOMENT THERE…I swear! I picture them settling down, maybe in a swanky Manhattan loft, and becoming one of New York’s hottest power couples. Equal, of course!

2. Peggy becomes head of Sterling Cooper & Partners: It’s been nothing short of inspiring to watch Peggy rise through the ranks of the ad agency, going from entry-level secretary to junior copy writer to copy chief. She knows who she is and what she wants in an age when the Women’s Liberation Movement was just starting to gain steam. There’s no doubt that she’d be a driving force in the movement, paving the way for career women everywhere. Thanks, Peggy! By the ’80s, Don and Peggy have turned into suburban parents alternating between driving their daughter to soccer practice and dreaming up catchy slogans for Hammer pants and Cabbage Patch Kids.

3. Sally and Megan thoroughly enjoy the ’70s lifestyle: Sally comes of age and wants to break free from everything she’s ever known — her family, her past, maybe even herself. She spends most of the early ’70s hitch hiking across the country and trying to find herself. She even ends up having a fun tryst with Glen when they run into each other at a Love In in Berkeley. By the early ’80s, she’s found her love as a professor of women’s studies at NYU, where she specializes in mother-daughter relations. Megan, meanwhile, comes back to New York and falls into the Studio 54 scene after her rise in Hollywood leaves her jaded and bitter. She needs to let off some steam, and boy does she ever. She finds a home under those bright disco lights and enjoys a modest singing career during the heyday of Disco Fever. Her 1990 autobiography, Zou Bisou Bisou, reveals the hidden dark years and depression she experienced following her split from Don.

4. Betty becomes Weight Watcher national spokesperson and pioneers the Prozac trend: Betty, who has always wanted to make her mark on her own terms, finally divorces that stuffed shirt named Henry Francis and finds fulfillment as a spokesperson for Weight Watcher for much of the ’70s. As her chronic depression and generally apathy about life continue to take over her life, she enrolls in one of the first trials for a new drug called Prozac. She’s skeptical at first, but with the gentle assurance of her therapist, she begins taking it and her life is transformed forever. Her first smile is captured on camera, thrusting her into yet another spokesperson role.

5. Joan thrives as a single mother: By the mid-’70s, she’s let go of any lingering feelings she had for Roger Sterling. They tried the whole couple thing and realized they were just too different. Joan takes the skills she honed at Sterling Cooper & Partners and opens her own ad agency with women at the forefront. After winning a slew of media awards, she sees the inherent value in the future of computers and becomes an early investor. She helps make cougars a pop culture staple and even secures her own reality show on the topic, proving once and for all that women can be both fiercely independent and enjoy the company of men.

**Oh, and as for Pete Campbell? His dreams of making history in the advertising industry are never fully realized and he eventually becomes Joan’s secretary.


**Ken Cosgrove becomes the first recipient of a full eye transplant. The entire Sterling Cooper & Partners family is reunited when he throws a huge bash to debut his new look, sans eye patch! 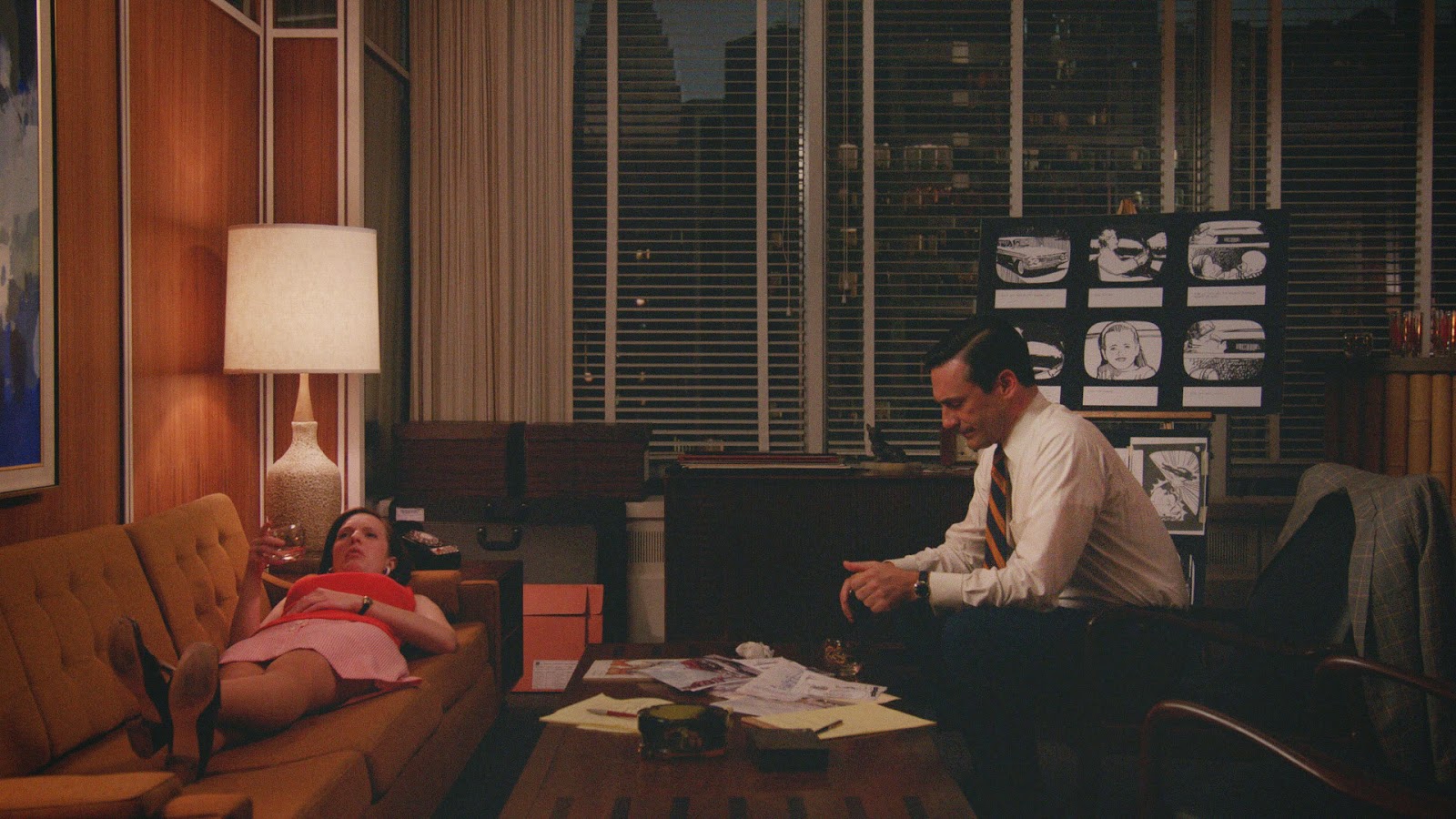 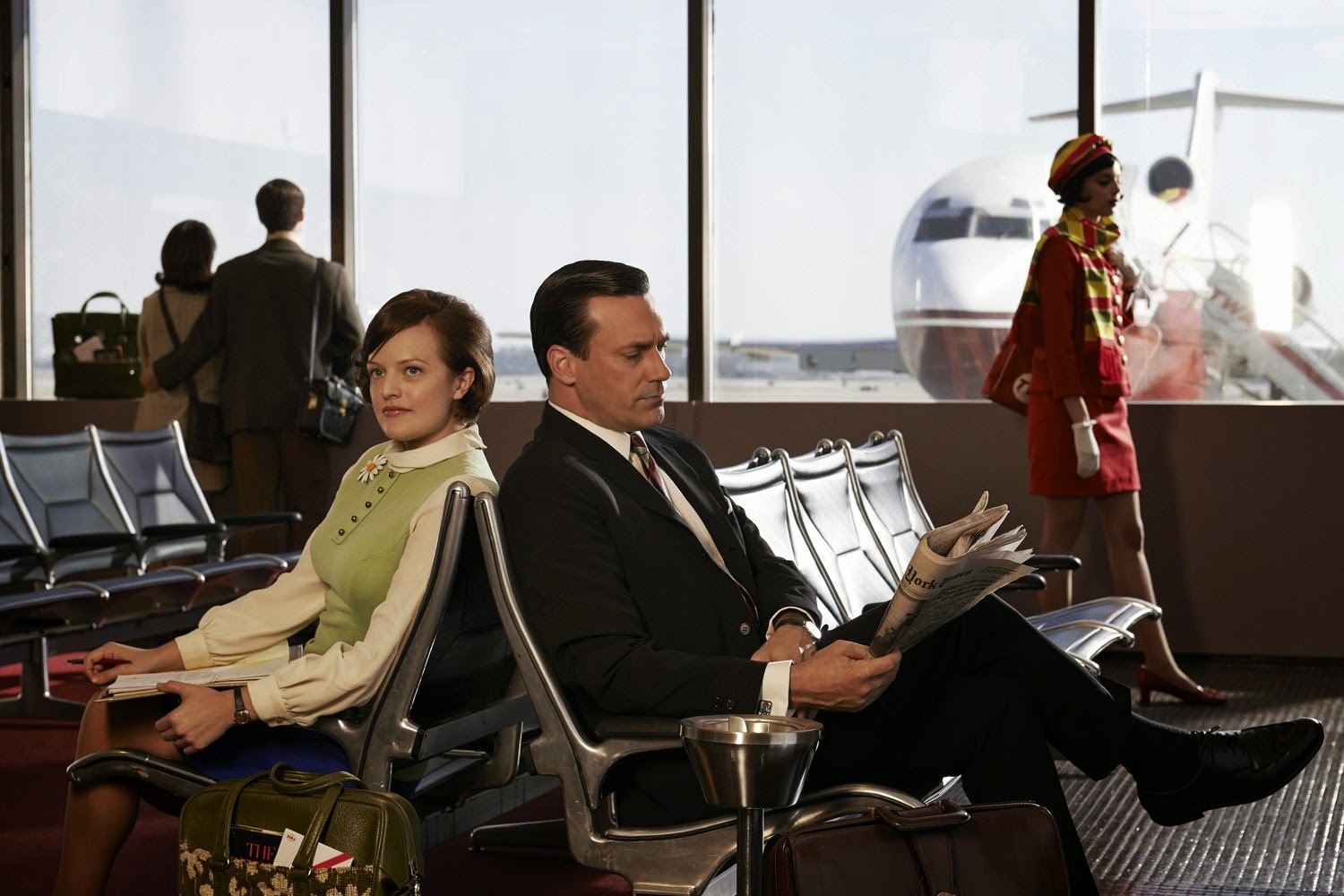 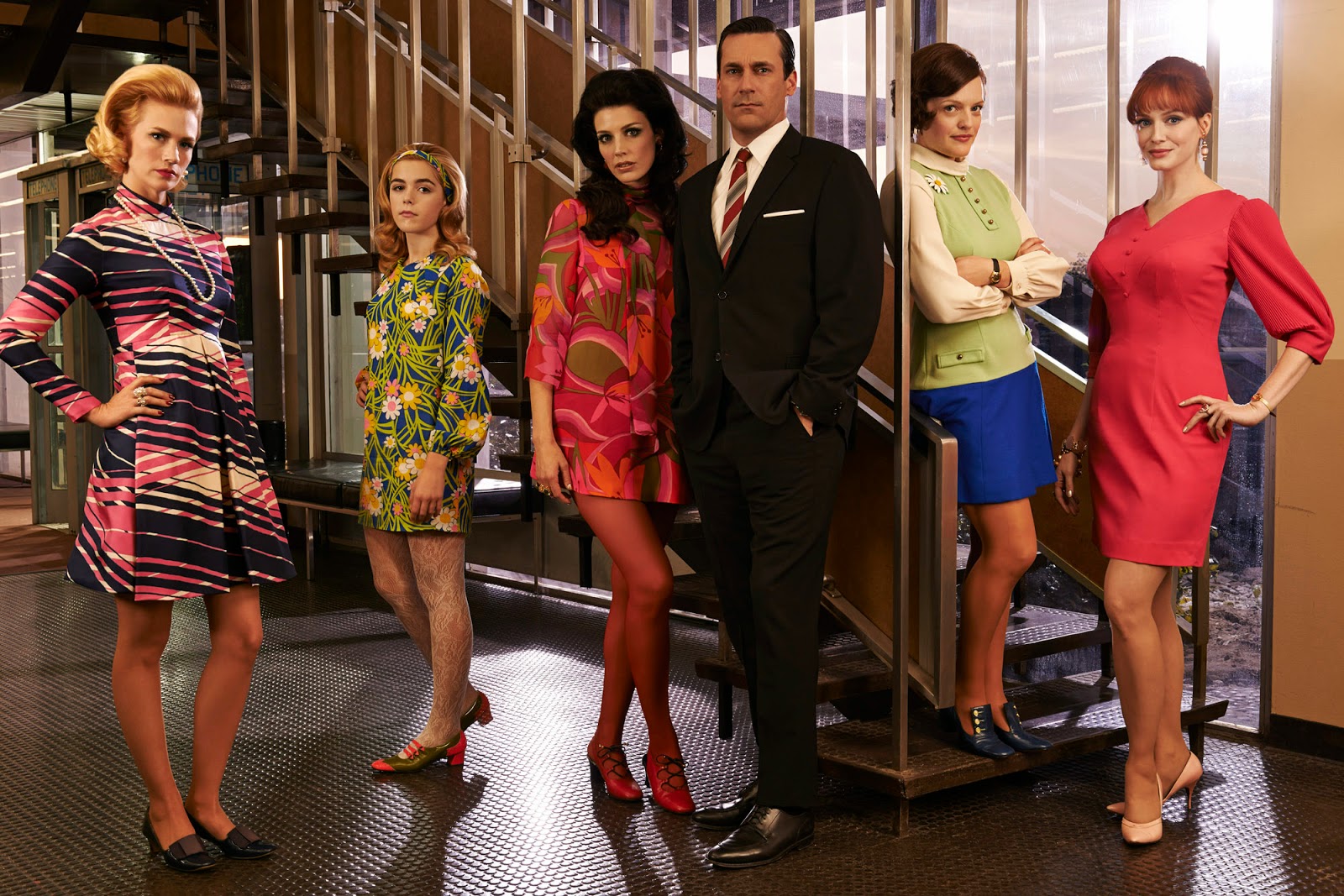 Well, friends, what do you think? How would you like Mad Men to end? Any predictions you’d like to make? Who’s been your favorite characters over the years? Anyone you’ve come to hate? Let’s talk all things Mad Men! xoxo