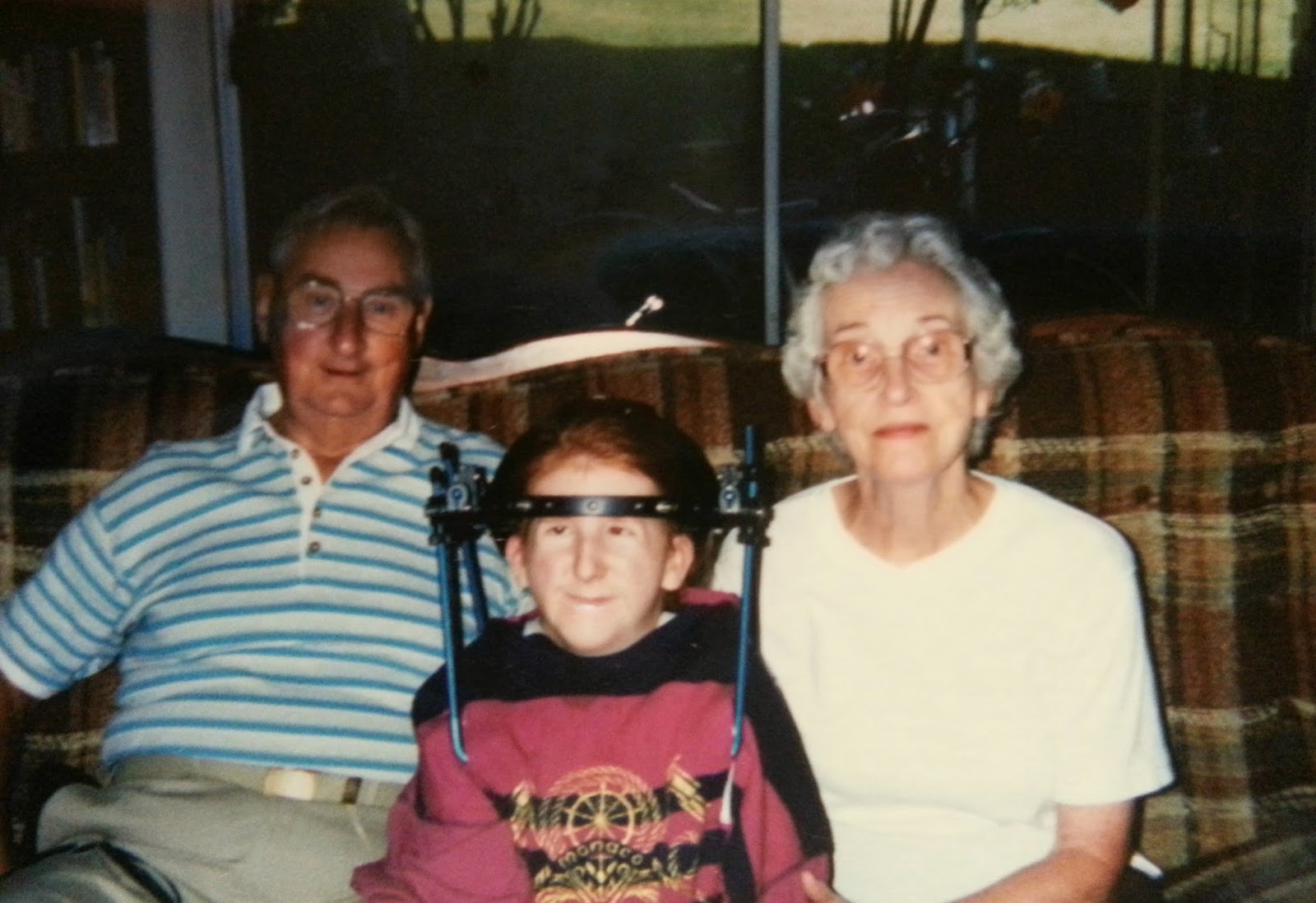 We continue our look back at my most serious and intense surgery to date — my brain surgery. It took place 20 years ago this month. What sort of celebration does an anniversary like that call for? Am I the only one who celebrates her surgical milestones? Catch up on Part One if you haven’t.

I felt like a walking time bomb that could explode at any moment while we waited for the MRI results. Why couldn’t doctors find out what was wrong with me? Was this merely all in my head? All I knew was that I needed answers, and no one could give me any. As a 13-year-old girl, all I wanted to do was watch TV and go shopping, but instead, here I was, being poked and prodded. I was just downright scared and confused, hoping it would all be over soon.

The meeting with the doctor to find out the results of the MRI was overwhelming. He brought out the MRI scans and pointed to a compression in my neck. There it was, illuminated on the screen: the culprit that had been plaguing me for four months. A Basilar Invagination. That was the technical term he used for this very rare condition. My spine was growing up into my brain stem (the part of the brain that controls breathing and heart rate) and compressing it. Doctors had only fused the lower half of my spine two years earlier, so since I was still growing, the top half had no place to go but upward! The doctor said that most people have a little tip on the end of their brain stem, which I don’t have. If I did have it, he said, I would have stopped breathing and become brain dead the minute the compression started. As the doctor kept talking, everything began to happen in slow motion. His lips rattled off treatment options. His hands kept gesturing rapidly to the giant scan, which, through my teenager eyes, seemed to be getting bigger and bigger. Everything seemed to blur together into one big mess.

We found a wonderful doctor at the University of Chicago who performed the 14-hour surgery. It’s strange, but for the first time, I felt a sense of calm before this surgery. For once, I wasn’t petrified of entering that big operating room. I was ready for the surgery. It was my only hope of getting better. I stayed in the hospital for a few weeks, part of the time on a ventilator, and then had to wear a halo frame for four months to keep my neck still while it healed. I’d find out later that my brain stem was under so much pressure that when the doctor removed the spine, the brain stem vibrated for close to 10 minutes!

If this experience has taught me anything, it’s to be your own advocate. Doctors may be brilliant people, but they don’t know everything. I learned that the hard way, but now I know that you can never be too careful when it comes to your health. Ask questions. Get second opinions. In short, take your health into your hands. If my parents hadn’t been my biggest advocates, I would be sitting here today, a tube sticking out of my stomach, instead of a persistent and determined young woman. And yes, I can – and do – eat whatever I want now! I think this blog is a pretty good reflection of that! xoxo