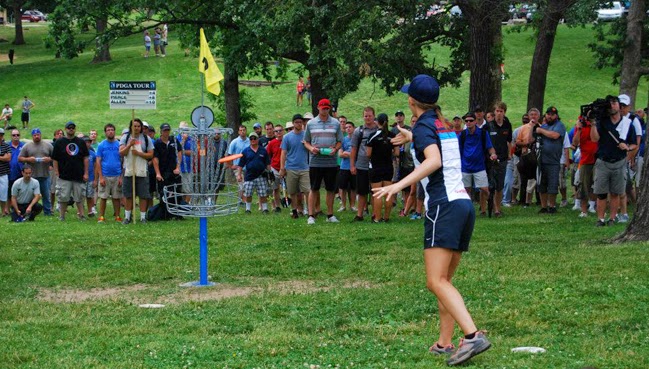 If you’re not familiar with disc golf, here’s a little introduction: It’s a game that is very similar to golf except in place of a golf ball and club, the player uses a disc or Frisbee. The aim of this game is to score in each hole (or in this case, an elevated metal basket), by throwing the fewest number of discs. There are rumors that disc golf was invented in the early 1960s, but there is some evidence that the infamous flying disc game started as early as 1926 in a small Canadian Village called Baldworth located in the province of Saskatchewan.

Fast forward to the present, and disc golf has rapidly grown in popularity. This sport phenomenon is played in more than 40 countries and within eight years, the number of courses has nearly doubled. This game, originally considered as an all-male affair, is quickly becoming dominated by women. According to the 2006 Professional Disc Golf Association (PDGA) survey, out of its 11,300 members, roughly 900 are females.

Golf’s Influence
When asked if participants were avid golfers, golf being the sport that started it all, 28% responded with rarely, 24% said seasonally, 17% said weekly, 14% said 1-2 times a week, 13% admitted to going bi-weekly, and 4% golf monthly. Overall, the participants surveyed seem to have a pretty big interest in the flying disc game and the tournament as a whole.

So what else is there to experience outside of participating in the sport itself at the Grouse Mountain Disc Golf Tournament? Grouse Mountain happens to offer a lot of interesting activities. The survey revealed that 40% were interested in all of the activities listed, 20% of participants were unsure, 16% partake in having breakfast with bears, another 16% would enjoy a helicopter tour, and 8% would go on an alpine experience.

Upcoming Disc Golf Tournaments
If this sport stands out to you, there are upcoming tournaments until December, with the season starting off again in April. With many locations all throughout North America, Canadians and Americans can both enjoy nature with a bit of competitive edge for everyone to enjoy! 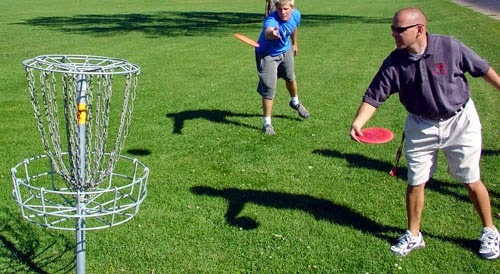 If you would like to take part in an online survey like this one and earn gift vouchers, Web Perspectives offers an exciting opportunity to join a growing community!

(This post was sponsored by Tracy Dawkins, a freelance writer who specializes in music, health and entertainment. But she’s not limited to these subjects! Blessed a with quirky and engaging writing style, this journalism graduate has contributed to various music, entertainment and health Web sites over the past four years. Thanks so much for continuing to support So About What I Said’s wonderful sponsors!)