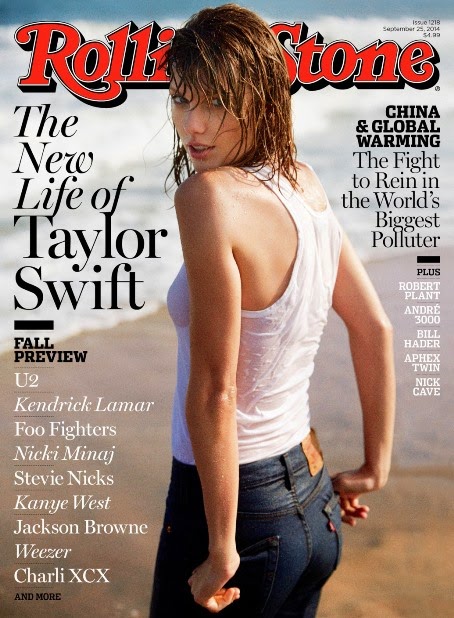 Unless you’ve been living under a rock for the last month, chances are you’ve heard Taylor Swift‘s “Shake It Off,” the unbelievably catchy first single from the singer’s upcoming fifth album. Maybe you’ve even seen the equally peppy and catchy video, in which Swift shimmies and, well, shakes through a fun array of scenarios.

The song’s message is clear. In fact, it only takes Swift three simple words to get to the heart of her newest memo to the world. Much has been said — and even more written, for that matter — about this song, but there’s one undeniable truth that shines above it all: Life lessons pour out of every word and note. Four life lessons, actually, as far as I can tell…

1. Hater’s gonna hate: An obvious one, I know, but it’s true. In life, there are just some people that are going to hate you, no matter what you do. You won’t be able to please everyone, and once you learn that, you’ll feel like a huge weight has been lifted off your shoulders. It’s extremely freeing to just 100 percent NOT CARE what people think about you. Trust me. That’s not to say that you don’t take people’s opinions into consideration — you just don’t let their words and their voice flood your head and make you doubt yourself. You’ve found that perfect balance, and it’s quite a happy spot to be in.

2. It’s OK to try something new: It can be scary — I know about that all too well. But who you were doesn’t have to be who you are forever. And who you are now certainly doesn’t have to be who you become in the future. I mean, Taylor is embracing her new pop sound in favor of her classic country past despite some detractors (read: haters), so I figure we should all take her cue and do something that re-energizes us. Maybe a career change is just the thing you need to get that spark of creativity back, or maybe reconnecting with old friends is just the ticket. What I’m trying to learn is that just because you’ve always done things a certain way doesn’t mean that it’s set in stone. Become a rolling stone!

3. Be yourself and don’t apologize for it: Those same haters will no doubt try to knock you down and change you. At the very least, they’ll leave you questioning yourself, but DON’T LET ME. Here’s a little secret I’ve learned: That’s how they win. The bullies only come out on top if you stop being yourself. Don’t give them that power. It’s not worth it. I promise.

4. When in doubt, just dance: Dancing can solve an immense number of problems in life, both large and small. When you don’t know what to do, just let loose for a few minutes and I guarantee you things will begin looking better and brighter. And to the haters who will say, “But, Melissa, you can’t dance…”? Well, I’ve mastered the art of chair dancing, and it’s become my jam. You should see me.