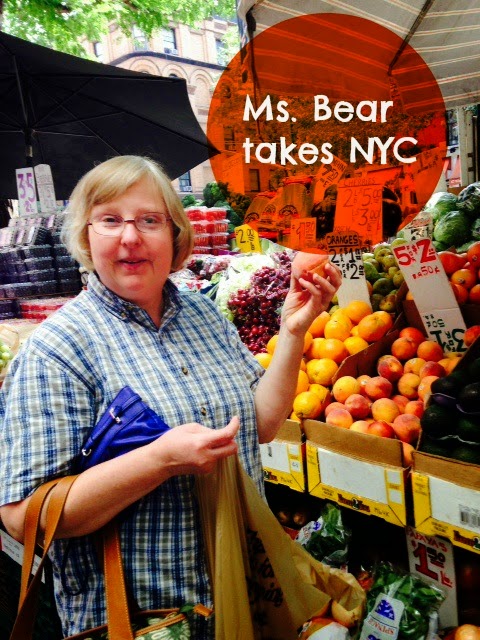 Hello again for another installment of Ms. Bear’s Kitchen! Before I went to NYC last week, Melissa told me to take pictures of all my food and talk about the culinary experience one can have in NYC. Most of the time, I remembered to photograph my meals, except on the rare occasions that we were starving or that a fantastic looking dessert came…then I forgot all about taking a picture…LOL! So, here is a rundown on some of the restaurants and meals I had while on the Upper West Side of New York! There is a lesson to be learned from my culinary adventures, which I will share with you at the end! 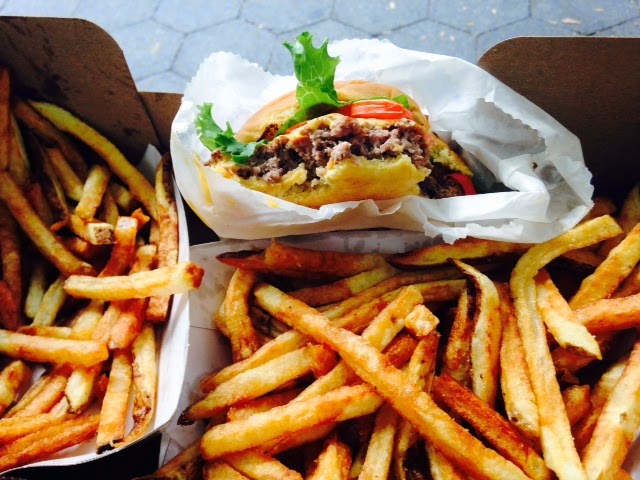 The first day I got in, we went to Shake Shack, which is one of my favorite places! Their food is remarkable. Unfortunately, the calories are right on the menu, so there is that bit of a shock, which we got over quickly! We had cheeseburgers, fries and ice cream, washed down with Diet Coke! We were pretty full that night, so we had cheese, bread and salami from a little deli around the corner from my niece Mona’s. We also had a nice bottle of imported beer to wash it down! 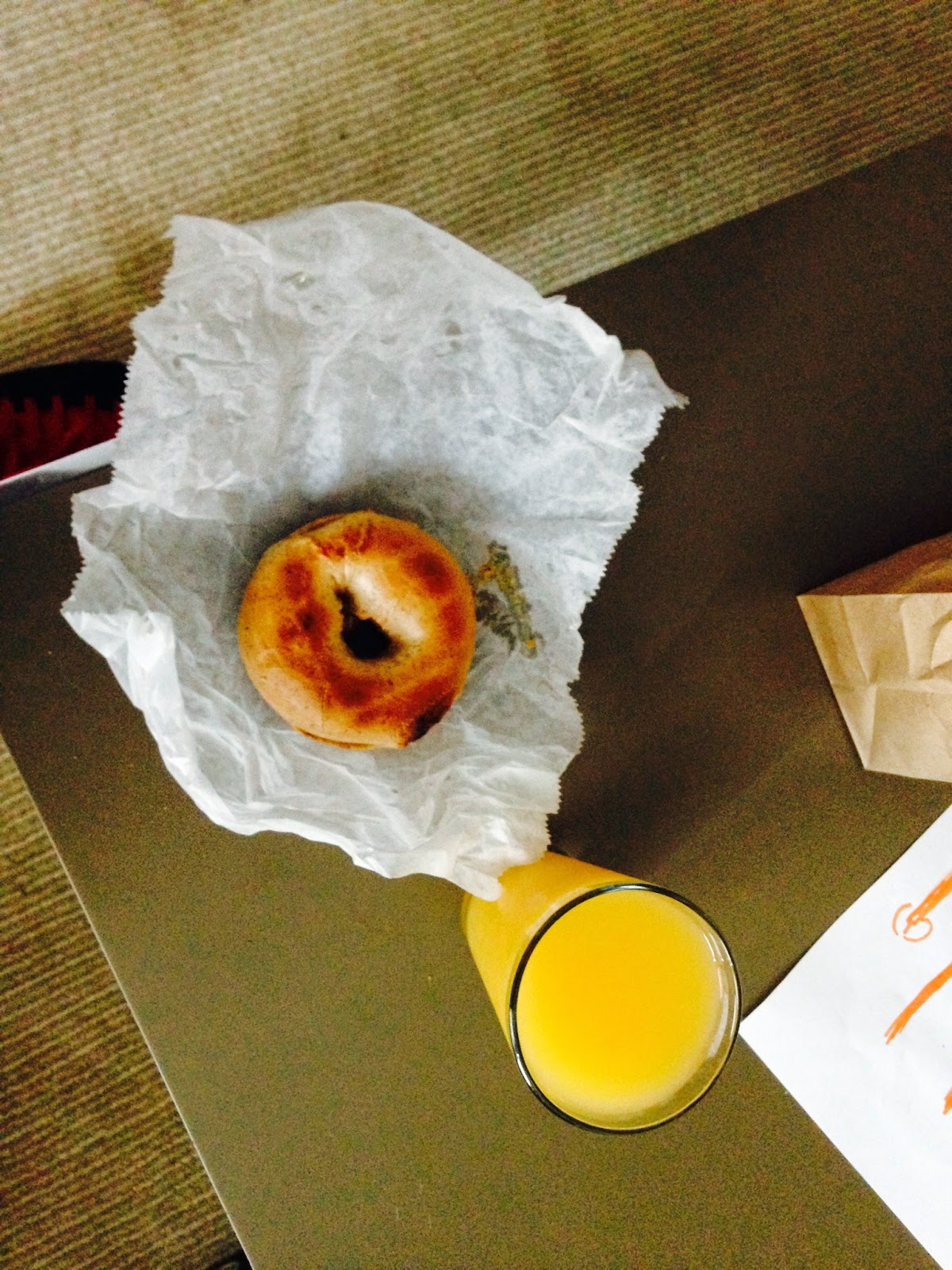 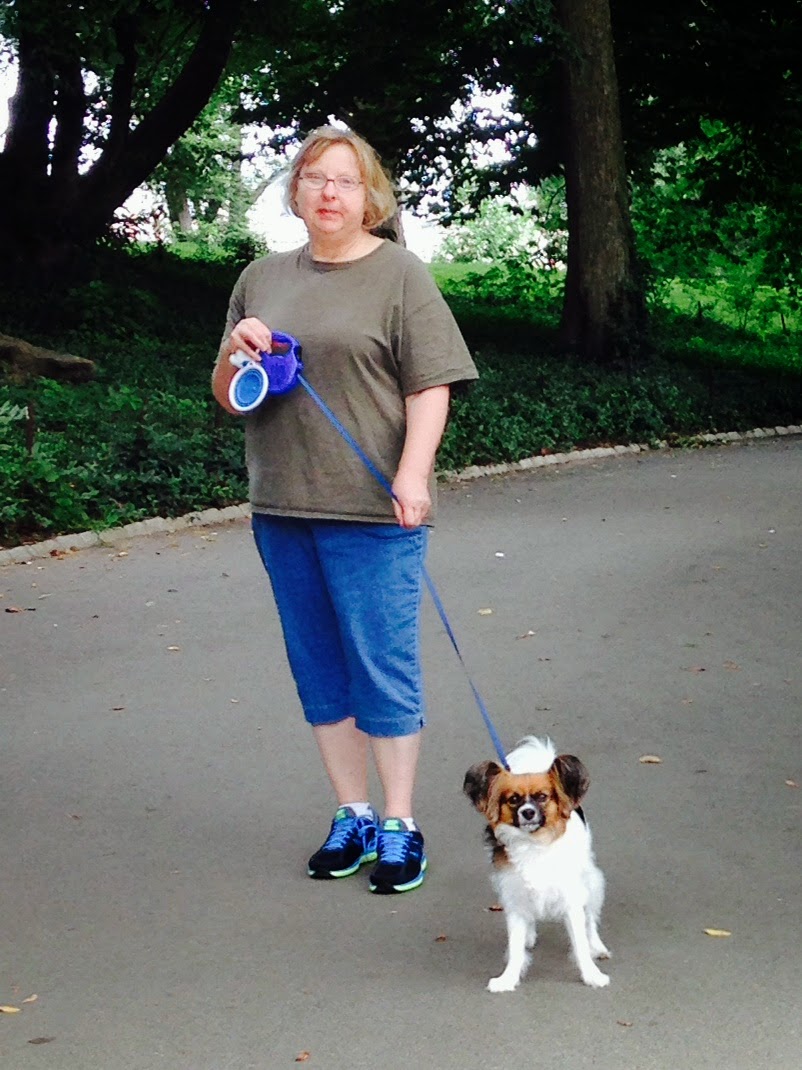 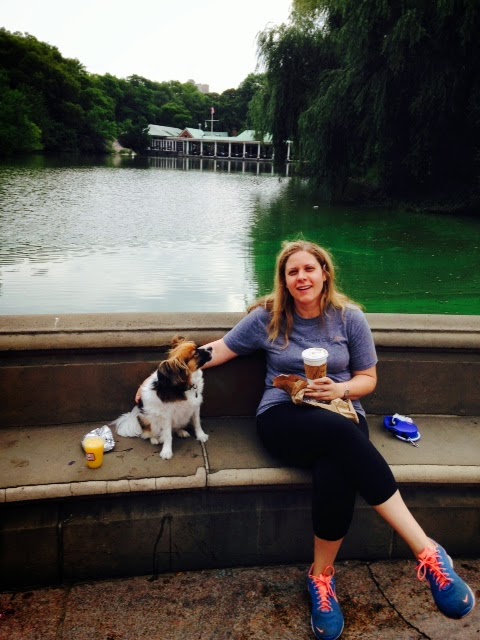 The next day started with bagels and fruit in Central Park while walking Howie, Mona’s dog — he is so cute that he has been stopped and petted by Martha Stuart herself! For lunch, we went to Lenny’s, a nice NY deli, and had sandwiches and salads. Funny story….my salad was super expensive because I didn’t know they charged for each separate ingredient! They also charge for pop refills, just a good thing to know if you ever go there! 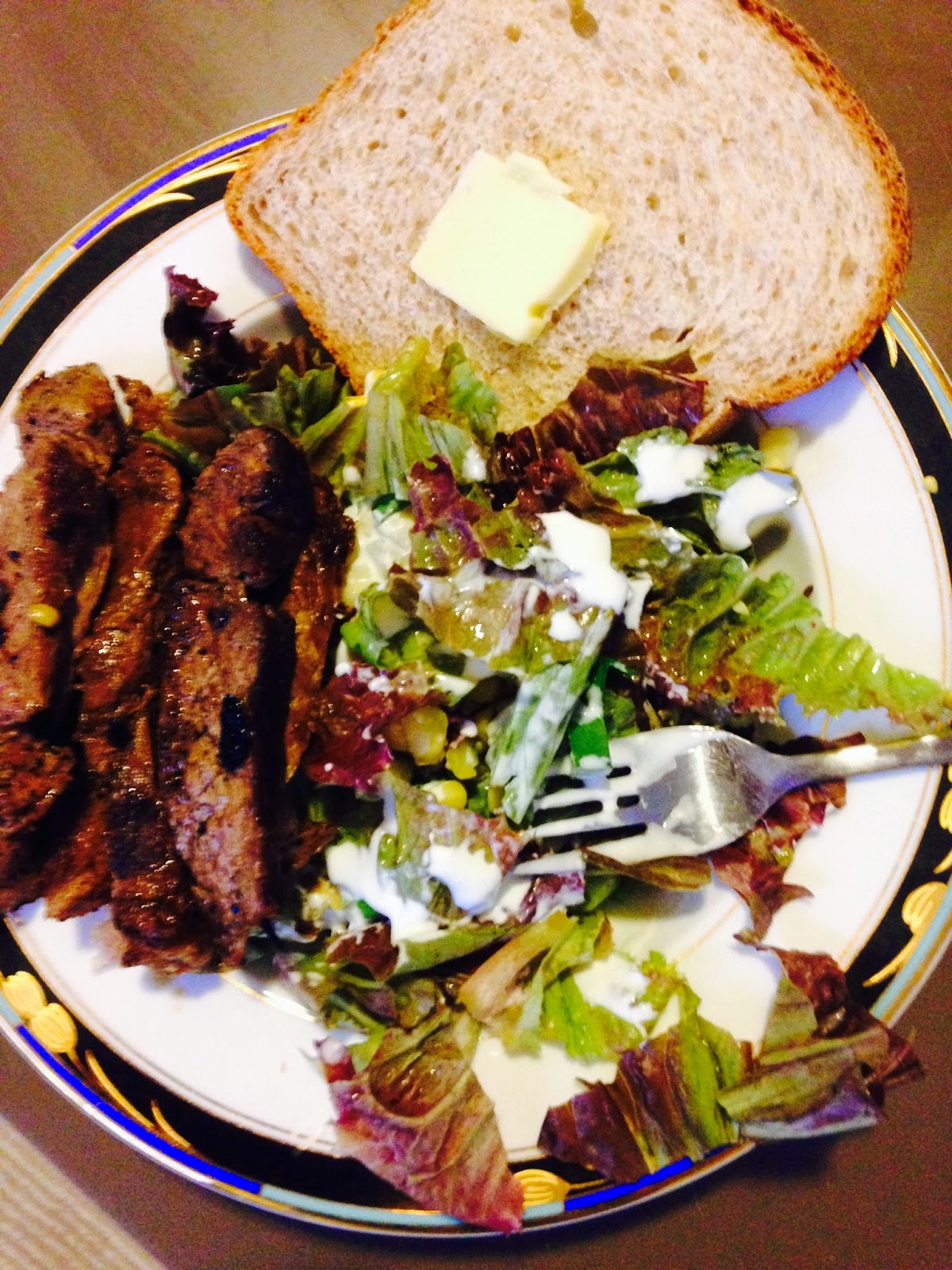 Mona made great steaks for dinner that night! 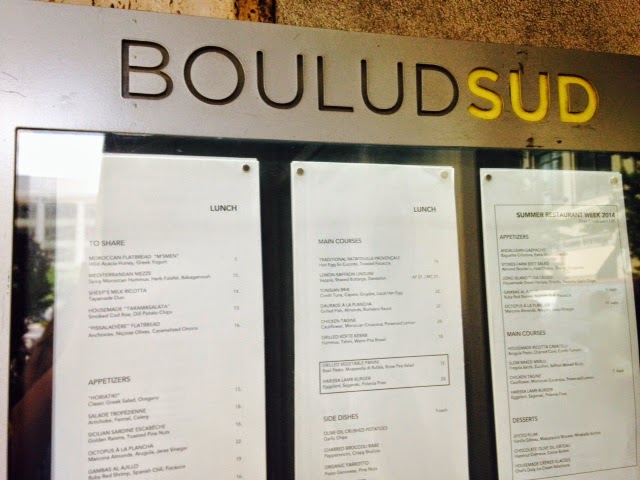 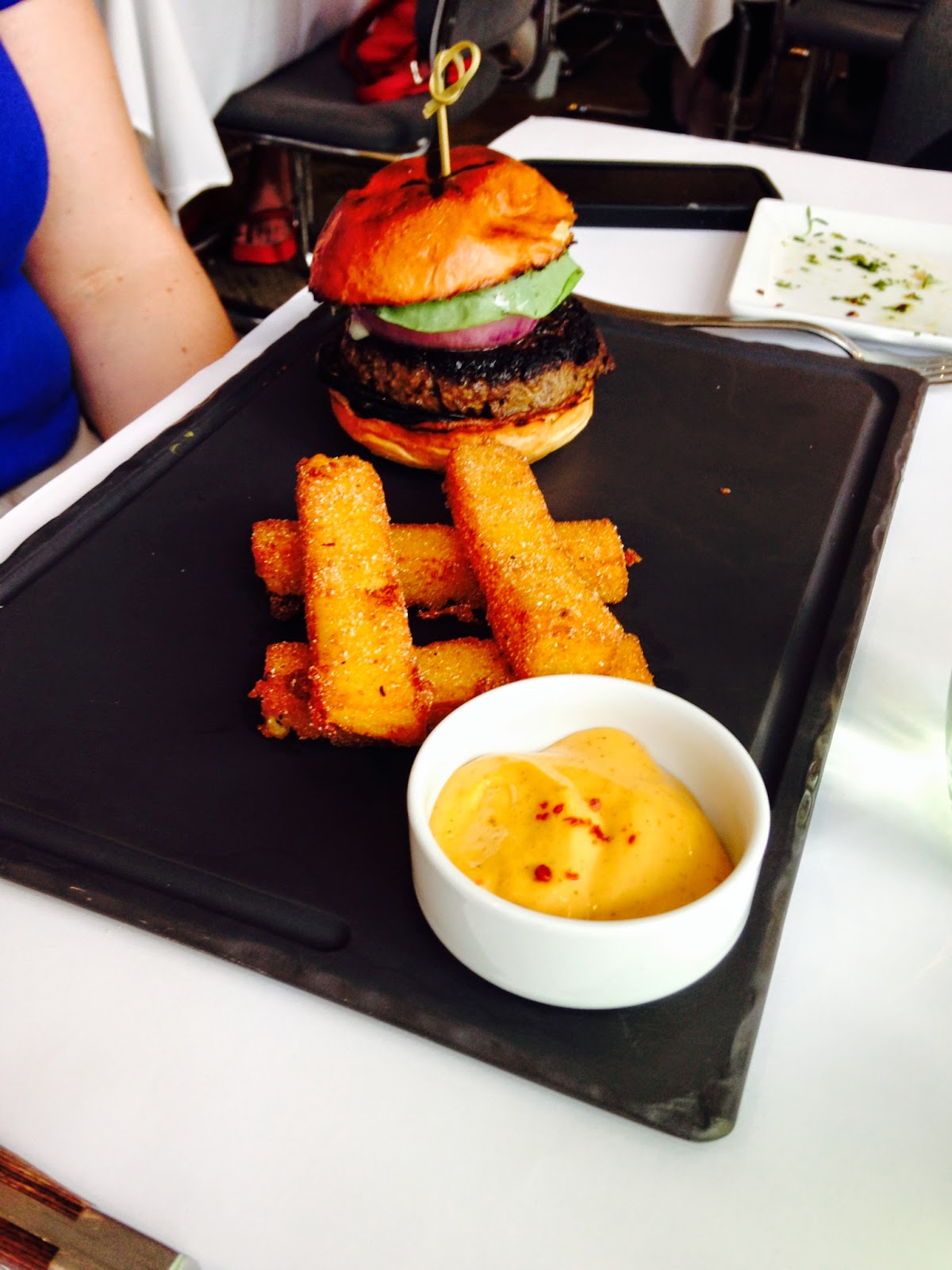 The third day, we went out to a restaurant called Boulud Sud. It was Restaurant Week, and there were lots of specials at the high-end restaurants. Imagine my surprise when my tuna appetizer was raw! We had a phenomenal dessert there too. 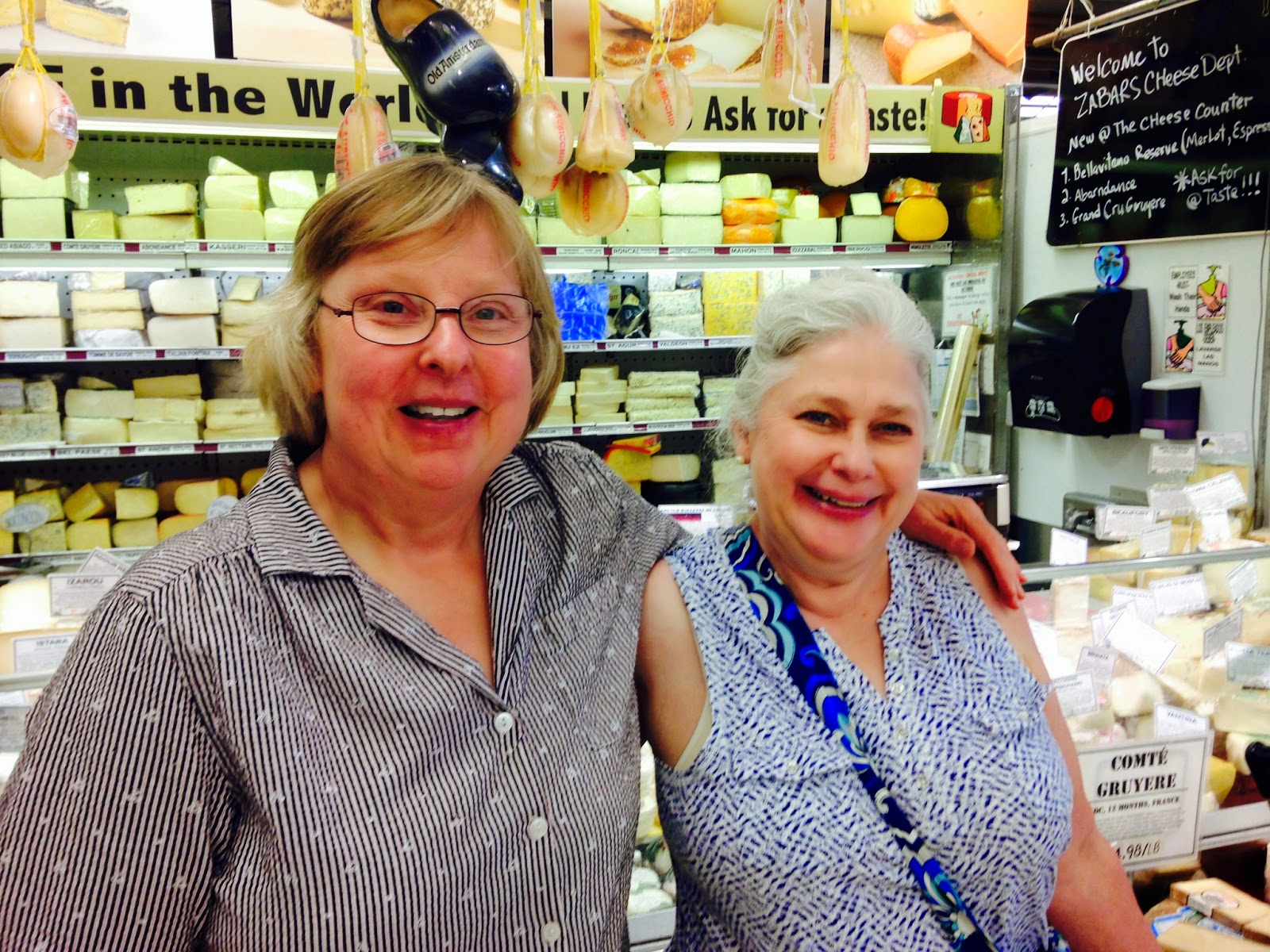 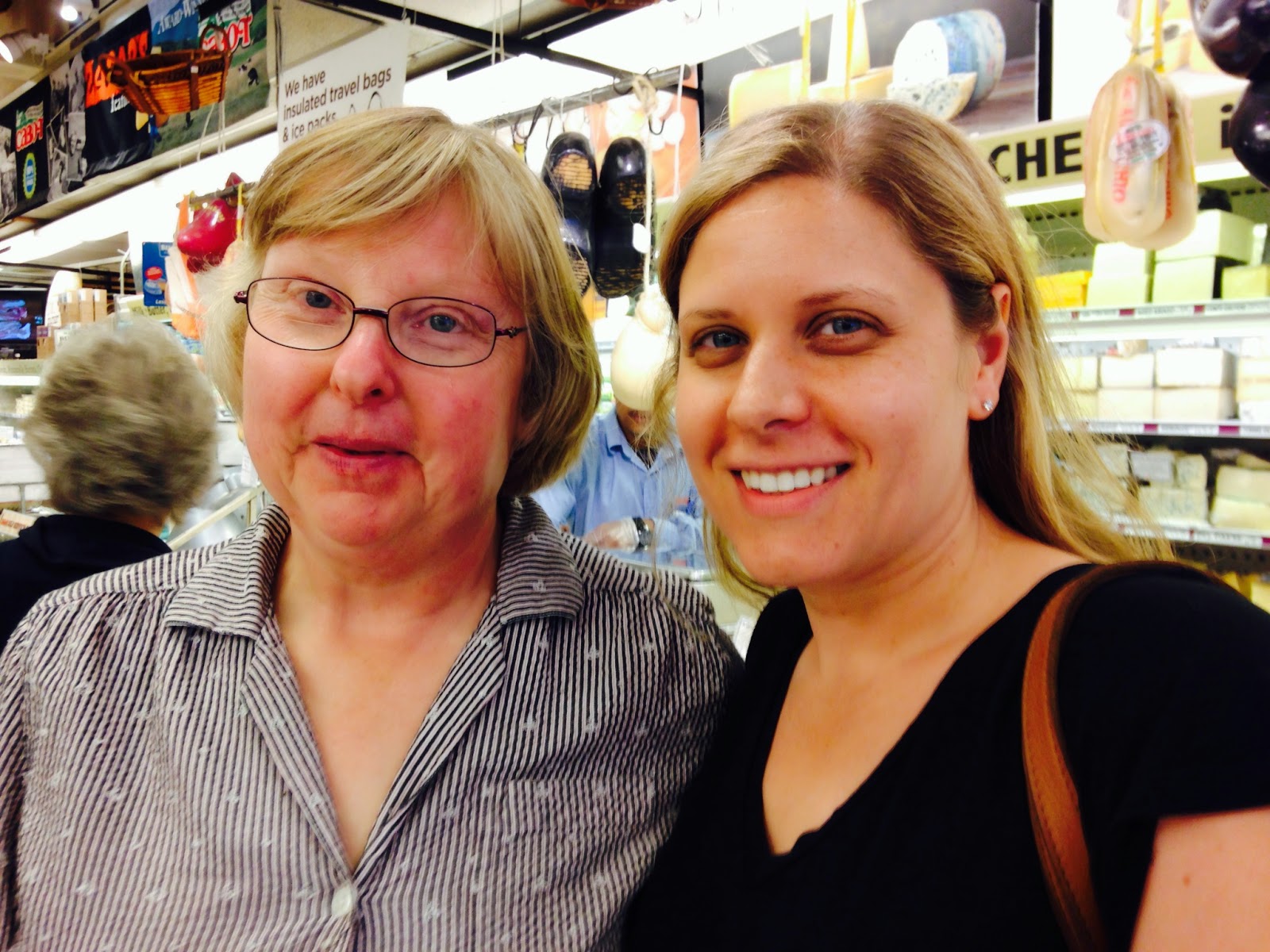 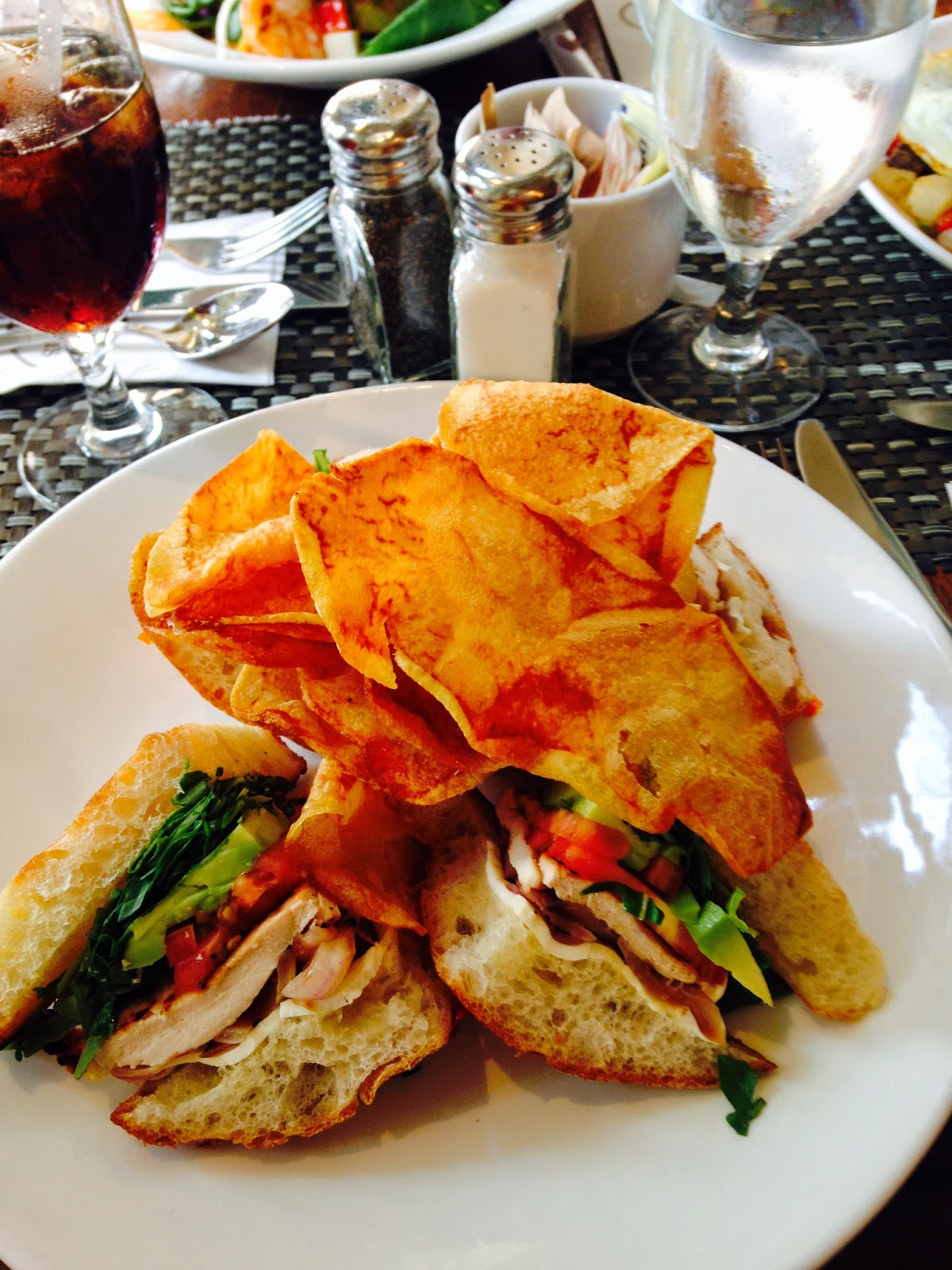 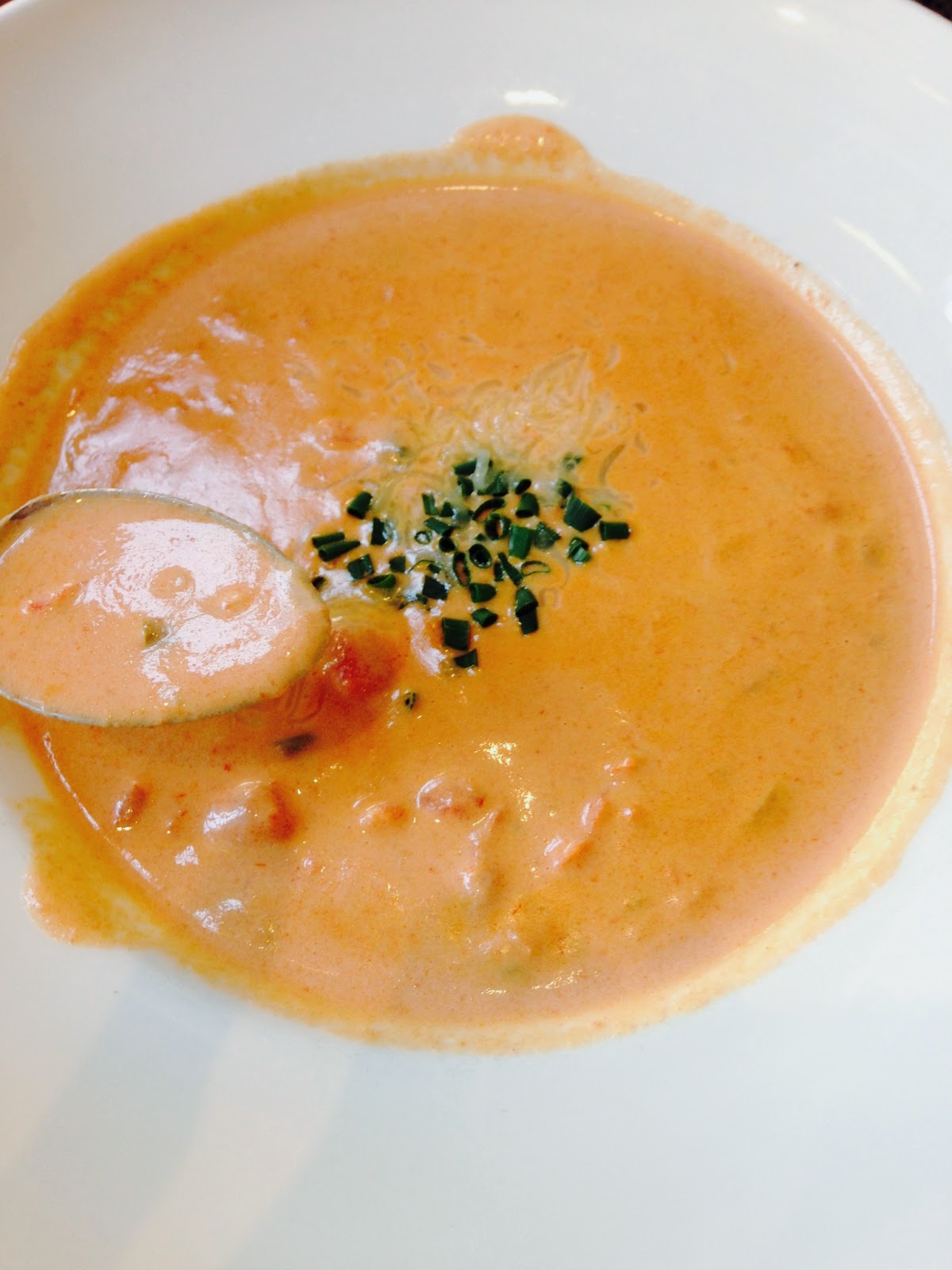 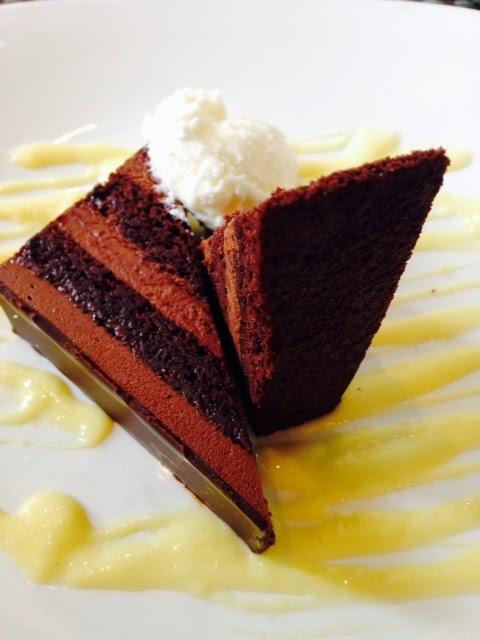 The last day we met my sister-in-law, Barb, and went to Sarabeth’s. We had a lovely lunch of soup, salad and dessert. Then we went to the famous Zabars deli and stocked up on black and white cookies — a NY tradition! 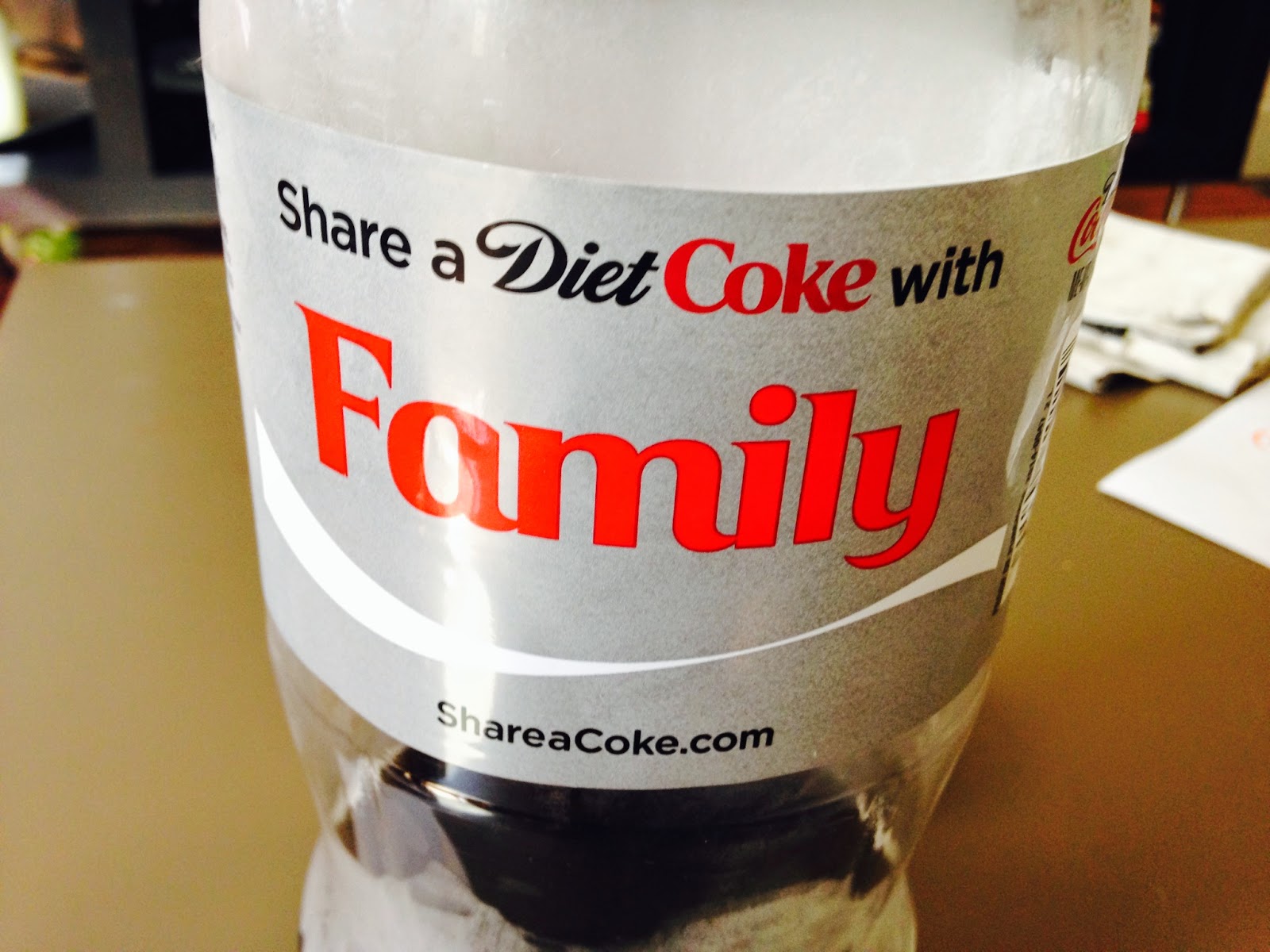 I learned a couple of lessons on my foodie trip. First, I am really a plain eater, nothing fancy for me! When we got to the tollway oasis on the way home, I had a slice of pizza and a salad and was very happy! Second, it wasn’t the food that made this trip so special, even though it was delicious — it was being with my family and sharing good times. 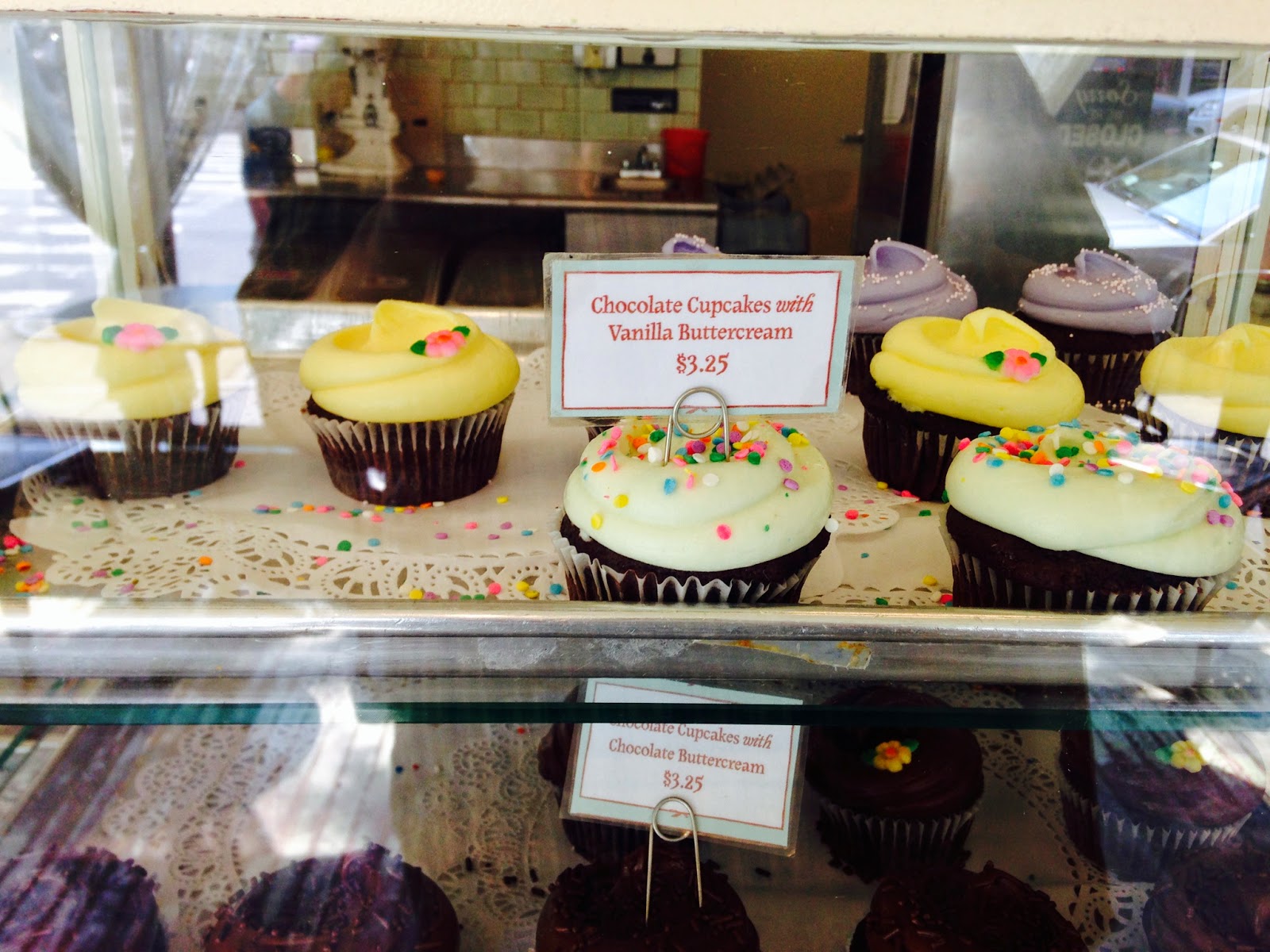 And, lastly, if you ever go to NYC, make sure you go to Shake Shack, Magnolia Bakery (cupcakes, cupcakes and more cupcakes!) and visit some of the great delis and street-side fruit stands that they have there. Most of all, enjoy the company you are with.
Until next time…..