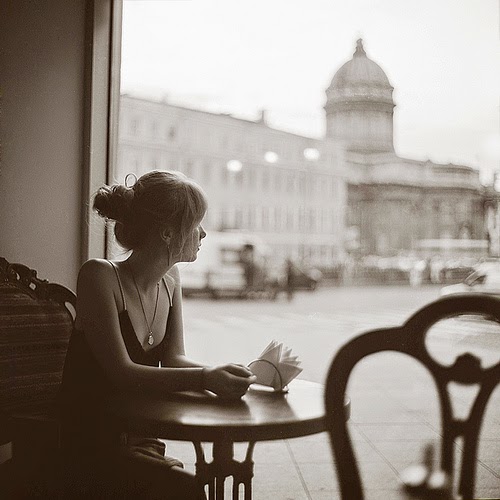 BREAKING NEWS: It looks like I’m ahead of another trend! Surprising, isn’t it? And perhaps even more surprising? It’s a dating trend! Who would have thought? Glamour recently reported on the state of confusion that has become the dating scene. No longer are dates clear cut and obvious affairs. In fact, in a Glamour survey, “73 percent of single women said they often can’t even tell whether they’ve been on a date or not—and, shockingly, 19 percent said they had never been on a “real date” at all.”

But! This isn’t news to me. I first reported on this trend from the front lines some five years ago when I was left scratching my head over “coffee” with Cute Guy Friend. You may even remember a little gem I once wrote. Let’s revisit the now-timely topic, shall we, friends…? (Look for Part 2 tomorrow!)

I’ve always been mystified by the Great Date Debate. Women — and men — have spent countless hours using their sheer strength and analytical skills, all in the hopes of answering one elusive question: Was that a date?

The whole debate seems to be one giant, rampantly running wild river: murky, muddy and full of detours that make you change your direction at every turn.

But isn’t it all obvious? A date is, well, a date. There’s a beginning (the awkward introduction, maybe mixed with a handshake or a half-hug), a middle (a long, lingering conversation about your lives, perhaps over candlelight or over coffee in some little shop where you sit for hours, the people around you coming and going, yet you two remain locked to the table in deep, introspective conversation) and an end (a half-hug or a kiss goodnight after he walks you to your door and you try to think of something witty, but the only words that escape your lips are “I had a great time.”). 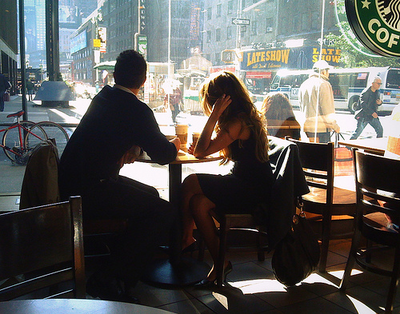 That, my friends, is a date. Plain and simple. How could anyone be unsure or miss those obvious markers along the Dating Highway? Hearing these debates rage on sort of made me feel a bit elitist despite my lack of dating experience, like I was somehow blessed with a heightened intelligence given to very few mortals who held the secret recipe to The Date.

Then some six years ago, my own toes were forced to step into that muddy, murky water. I didn’t want to go. I went kicking and screaming, believe me. Here’s how it all went down…

It’s actually hard to describe the relationship I had with Cute Guy Friend. Although our parents had worked together and we went to the same high school, we never really got a chance to know each other back then. I was shy and quite reserved. He was two years older and one of the smartest guys at my high school. Needless to say, we didn’t exactly run with the same crowd. But our families always kept in touch — through Christmas letters and graduation parties — so, by default, I suppose, that meant Cute Guy Friend and I kept in touch as well.

So when my father died and he came to the funeral, it was nice to see him. A familiar face from my past at a time when the past and happier times was all I could think about. We kept in touch sporadically after that — he’d email to wish me a happy birthday or just to see how my family was doing — and I enjoyed getting to know him over email. We emailed back and forth for a few months, and I’ll admit, he made me smile with his self-deprecating humor. And yes, I may have thrown some flirtations into the mix, but I didn’t really think twice about it. After all, we were just two old friends reminiscing, right?

Wrong, or so I started to wonder after he sent me this email…

How are you? How’ve you been? Your mother once suggested we meet up for lunch or dinner. I would like that.

Aside from the reference to my mother, it sounded like a date invitation to me (Date Sign #1). The fact that I was, perhaps, maybe falling for him swiftly swayed my decision to an enthusiastic “YES!” 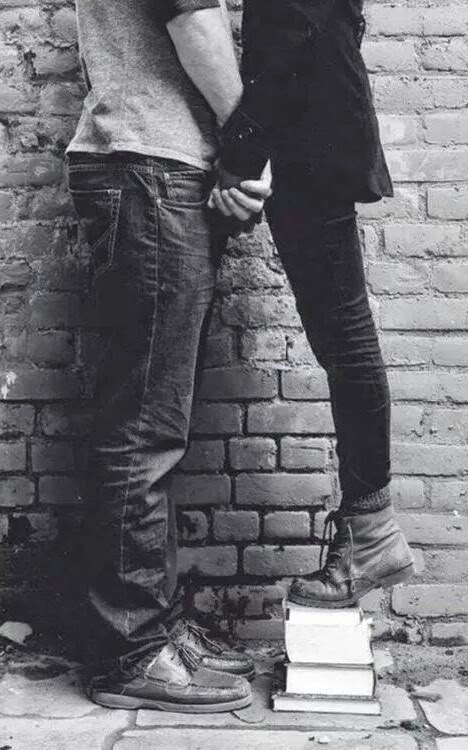 That’s how we found ourselves at Starbuck’s one rainy and crisp October morning. I was nervous. My hands jittered as he shook them. Was he feeling as awkward as I was in that moment (Date Sign #2). We settled into a table as I tried unsuccessfully to pay for our cocoa and coffee (Date Sign #3).