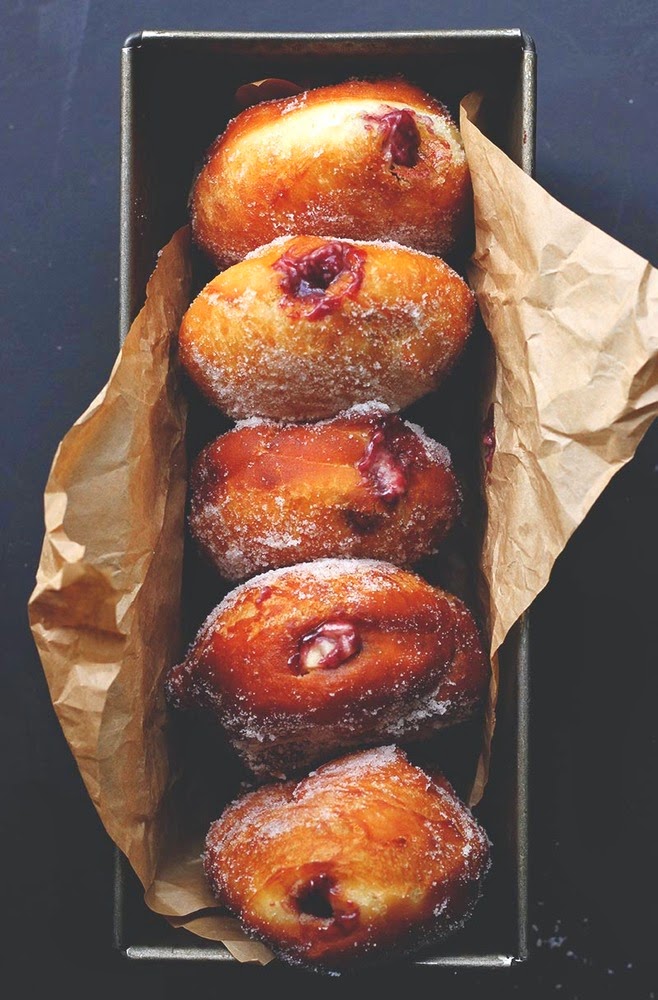 Happy National Donut Day, friends! Ahhh, can’t you just smell that sugary sweet goodness? I say there’s no better way to honor everyone’s favorite pastry than with a few sweet facts. After all, knowledge is power, people! Consider yourself an expert with these four fun facts…

*The largest donut ever made was a 1.7 ton American-style jelly donut. It measured 16 feet in diameter and 16 inches high in the center.

*Boston is home to the most donut shops per person.

*More than 10 billion donuts are made in the U.S. every year.

*The hole in the donut’s center appeared in the first half of the 19th Century and allows the donut to cook more evenly.

*The first donut machine was invented in New York City in 1920.

Craving a donut yet? Satisfy your sweet tooth with these amazing donut deals… 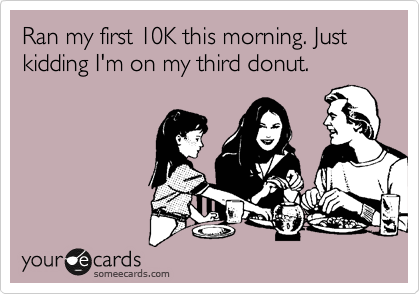 Will you be taking part in National Donut Day, friends? Excuse me while I go text my mom to see if she can stop at the store on the way home… xoxo

[Blackberry jam and custard donuts photo from The Sugar Hit; comic via Some-ecards]