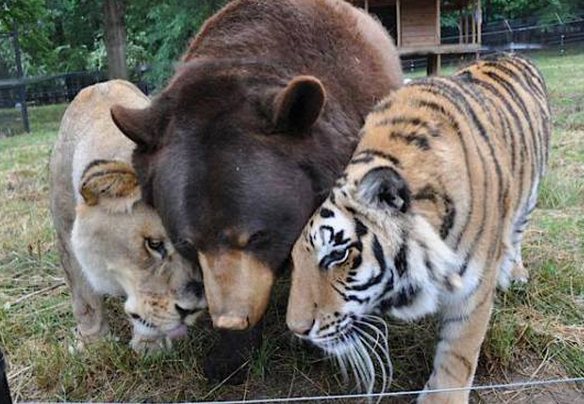 Aww alert! Meet Baloo the bear, Leo the lion and Shere Khan the tiger. The three unlikely friends formed an unbreakable — and unique — bond as cubs some 13 years ago when they were rescued from the basement of a drug dealer. They were taken to Noah’s Ark, a non-profit animal sanctuary in Georgia. Now, the BLT, their affectionate moniker, has made their home in the Georgia sanctuary. In fact, they’re the only bear-lion-tiger trio in the entire world that lives together in the same enclosure.

“They eat, sleep and play together and even seek out grooming from one another, head rubbing and licking one another,” Noah’s Ark explained. “It seems that their terrifying early months in life bonded the three together and they are truly inseparable.” 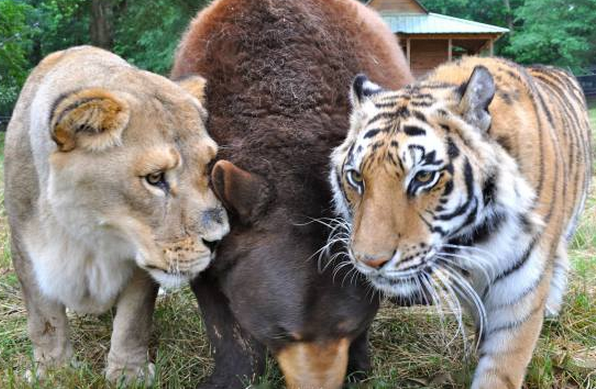 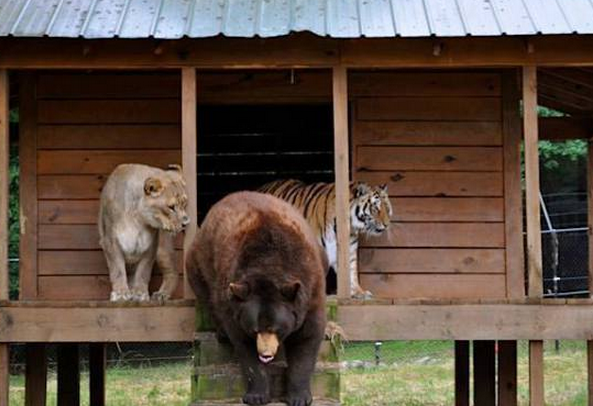 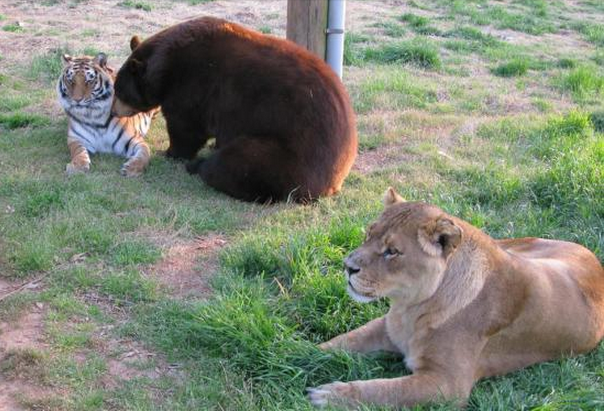 How adorable is that? I makes you think twice about the importance of together, doesn’t it? xoxo