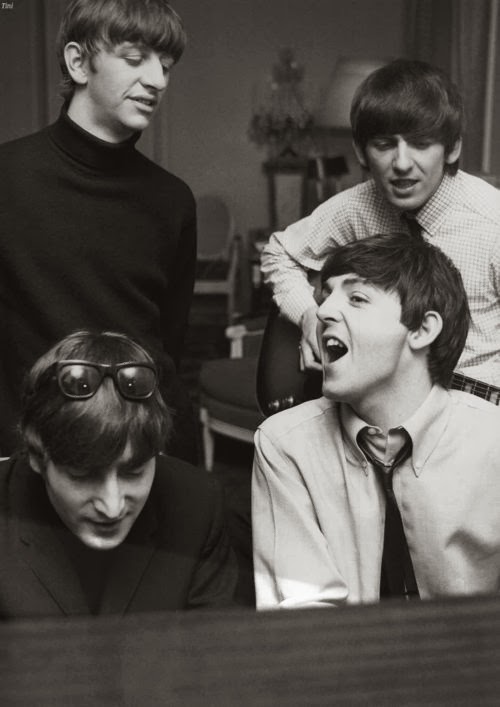 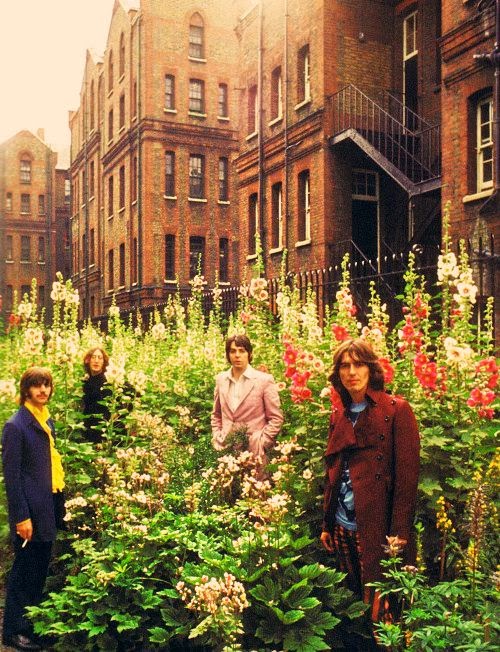 Picture it: The Midwest, the beginning of 1997. Ironically, we were in the midst of a fierce winter (sound familiar??) and got socked with a huge blizzard, so we were in for a couple of unexpected days off from school. Well, my sister and I, being the semi-geeks that we were at the time, decided to use the time to have a Beatles Marathon — because, really, what else could a 15- and 11-year-old, respectively, do? How else could we possibly fill our time?

John, Paul, George and Ringo were going to save us.

And save us they did.

Over the next few days, we managed to watch A Hard Day’s Night, Help! and a three-hour documentary on the Fab Four.

Another example of our ever-growing fangirl status: We decorated an old jar full of Beatles pictures and deemed it our Beatles Jar. We were determined to buy every single Beatles album, so all our spare change went into that jar. And guess what? We own almost every one now! Granted, they’re CDs instead of actual albums, but the thrill of collecting each one is one of my favorite memories from my teen years. The fun of going to the store and deciding which one to buy because any sensible Beatles fan knows that each album is unique and distinct in its own right. No two are alike, which is what made each of their 13 albums so magical and revolutionary.

But let’s be honest: We all have our favorite albums. You know, the select few we keep playing on repeat, know all the words to and dance wildly to every single song as if no one’s watching. Yeah, I’m talking about those few. It’s tough to narrow it down, but here are my top four favorite Beatles albums… 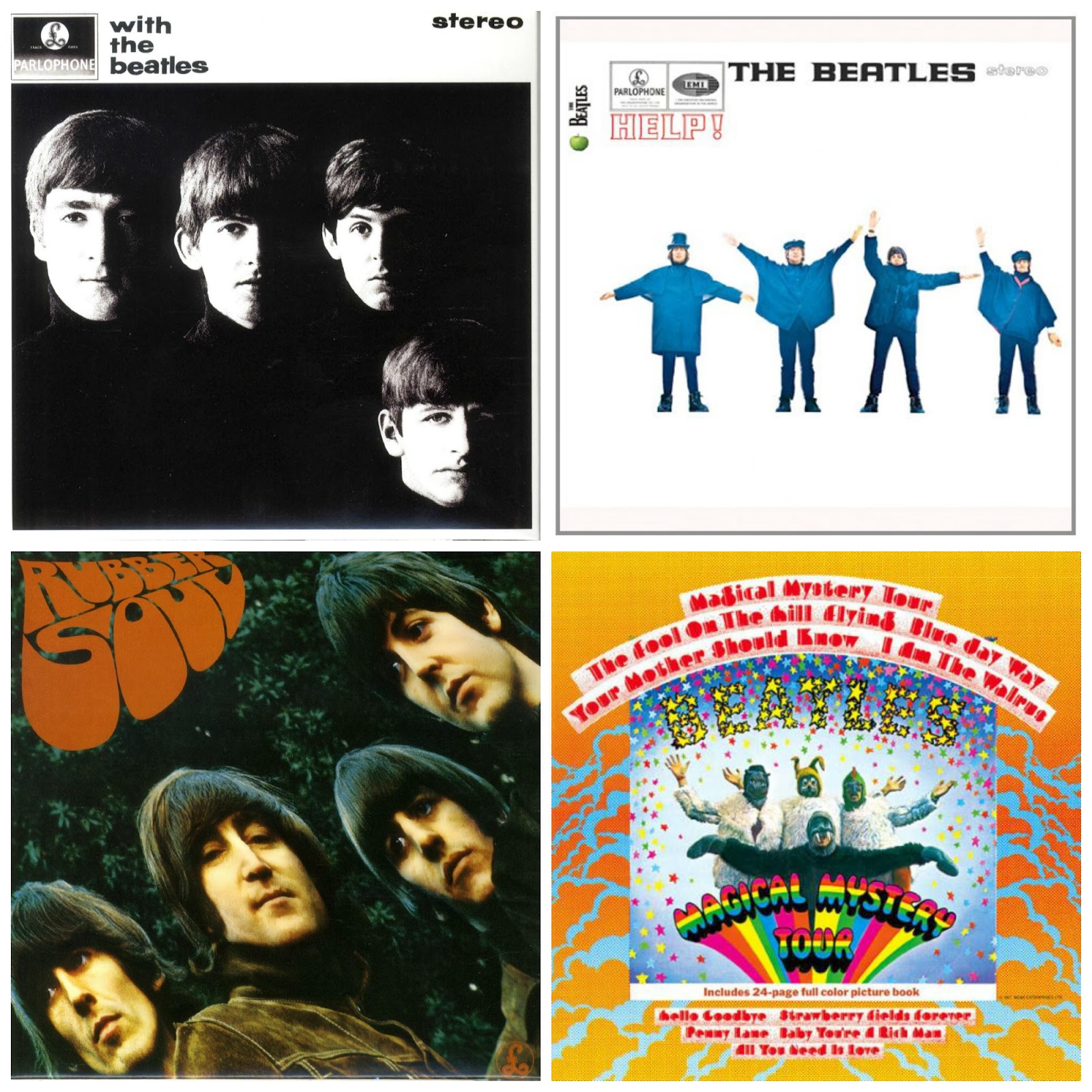 *With The Beatles (1963): A fun, early album that showed the Beatles were here to stay stateside. Does it get any more infectious than “It Won’t Be Long”? I think not.

*Help! (1965): The soundtrack to my favorite Beatles movie is full of toe-tapping melodies and punchy beats. I used to listen to “It’s Only Love” and get all teen-angsty about love and Crush Boy. Oh, the memories…

*Rubber Soul (1965): Perhaps the first hint that the Beatles — along with their sound — were changing. I remember checking this album out of the library and loving the more mature lads, especially on “In My Life,” which, if I’m not careful, still makes me cry to this day.

Magical Mystery Tour (1967): Does it really get any better than “All You Need Is Love”? Growing up, I used to daydream about being carried away on a fanciful magical mystery tour. Still waiting…who knows, it could happen, right?!?!?!?

Here’s a full Beatles discography for your reference, friends! So, tell me, what albums do you love? Which ones do you keep going back to? Which ones never get old? Do you tend to gravitate toward the melodies, or do the lyrics pull you in? Let’s chat, shall we? xoxo