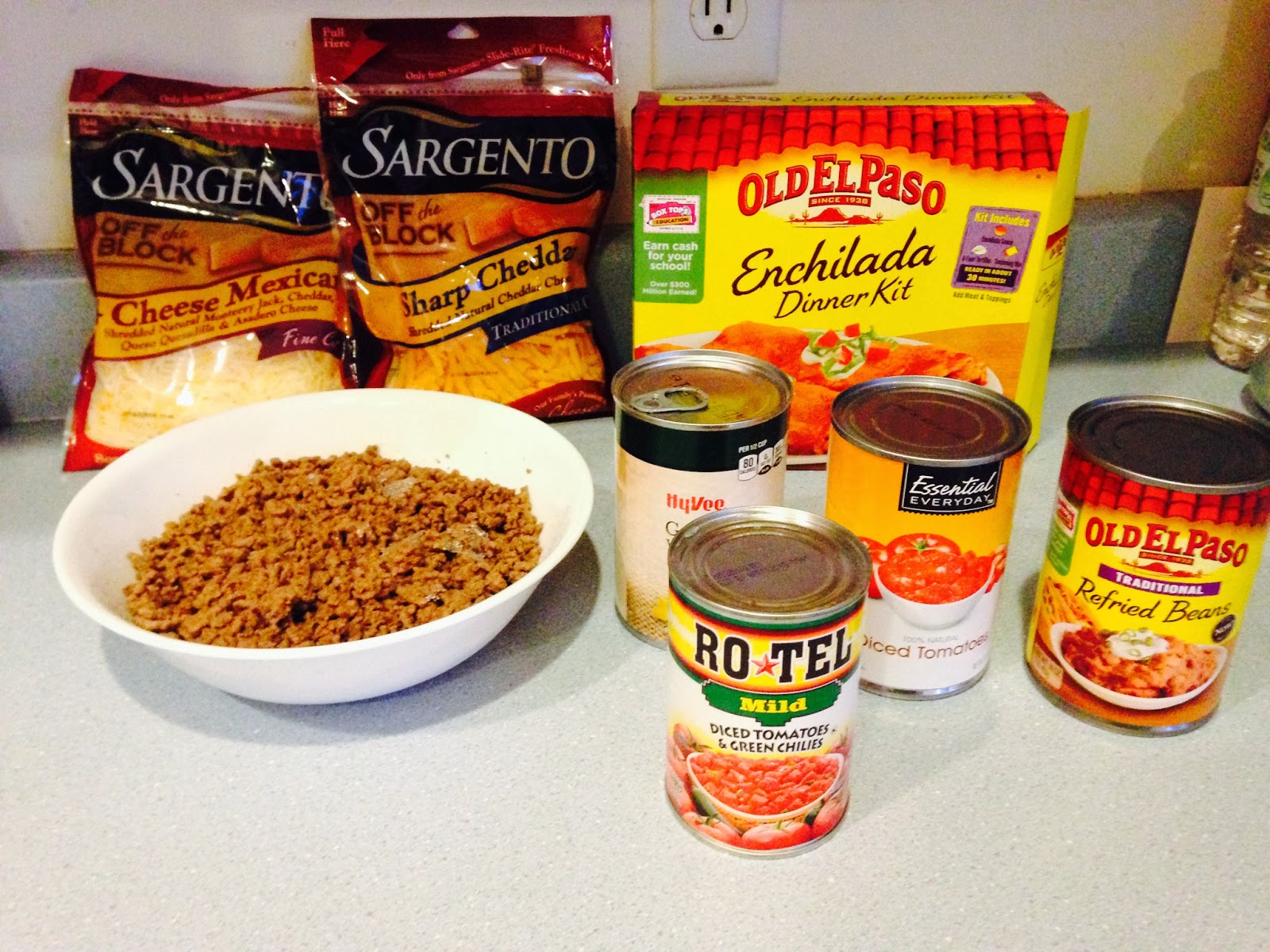 Could two weeks have passed already? Melissa says so, and I guess she would know!

We were talking recently about Melissa’s good friend, Samantha (editor’s note: Remember her husband?), who is the biggest fan of my enchiladas of anyone we know. Melissa decided that would be a good recipe to share this week! As you all know, I am not a professional cook, so please feel free to change anything about any of my “recipes” that you want to. I put recipes in quotes because Janelle says I don’t really have recipes, that I just open up cans all over the place and mix them together. There is a kernel of truth in that…lol! Here is the “recipe” for the enchiladas, which even Janelle admitted were good when we made them a few nights ago. 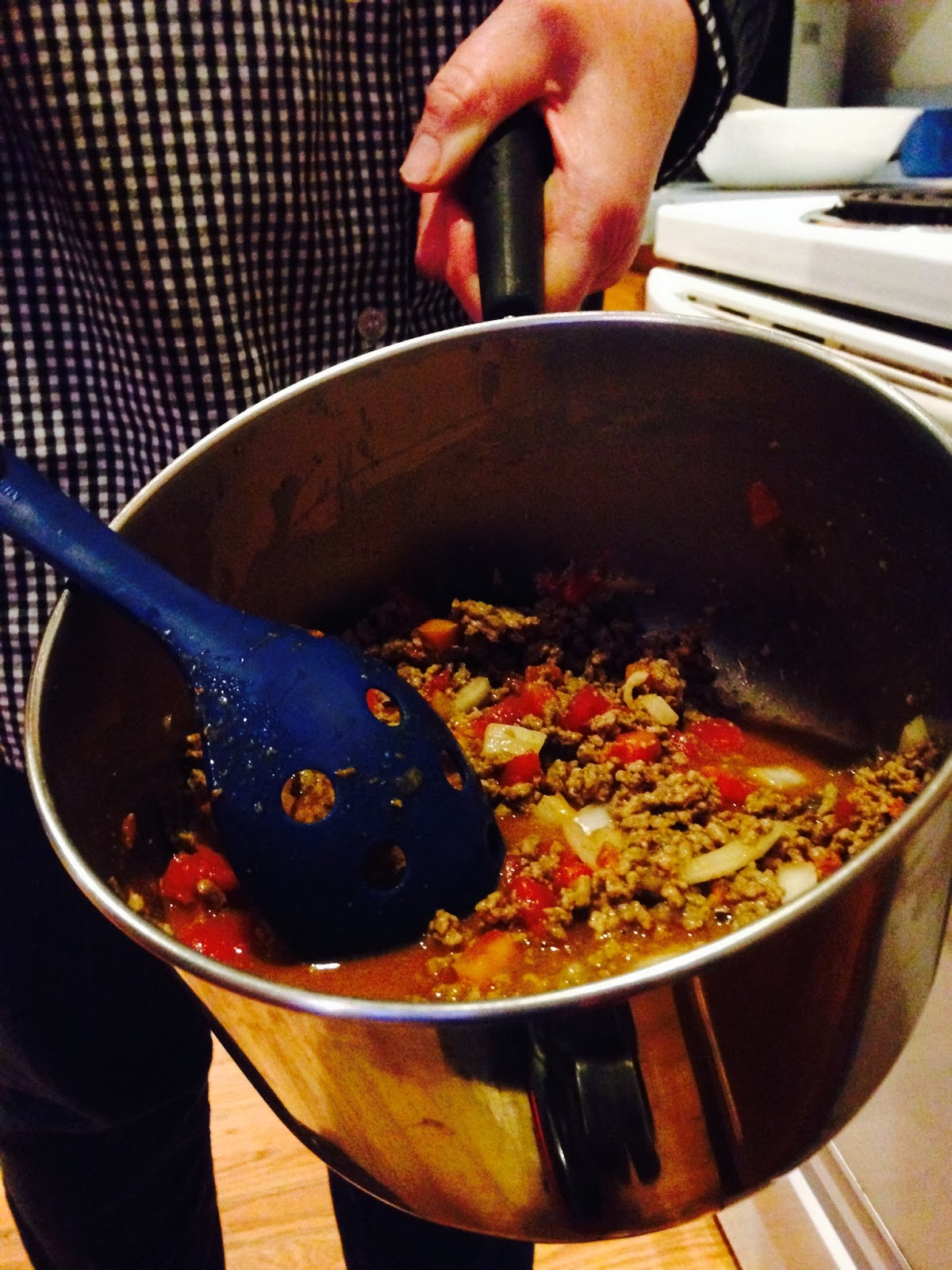 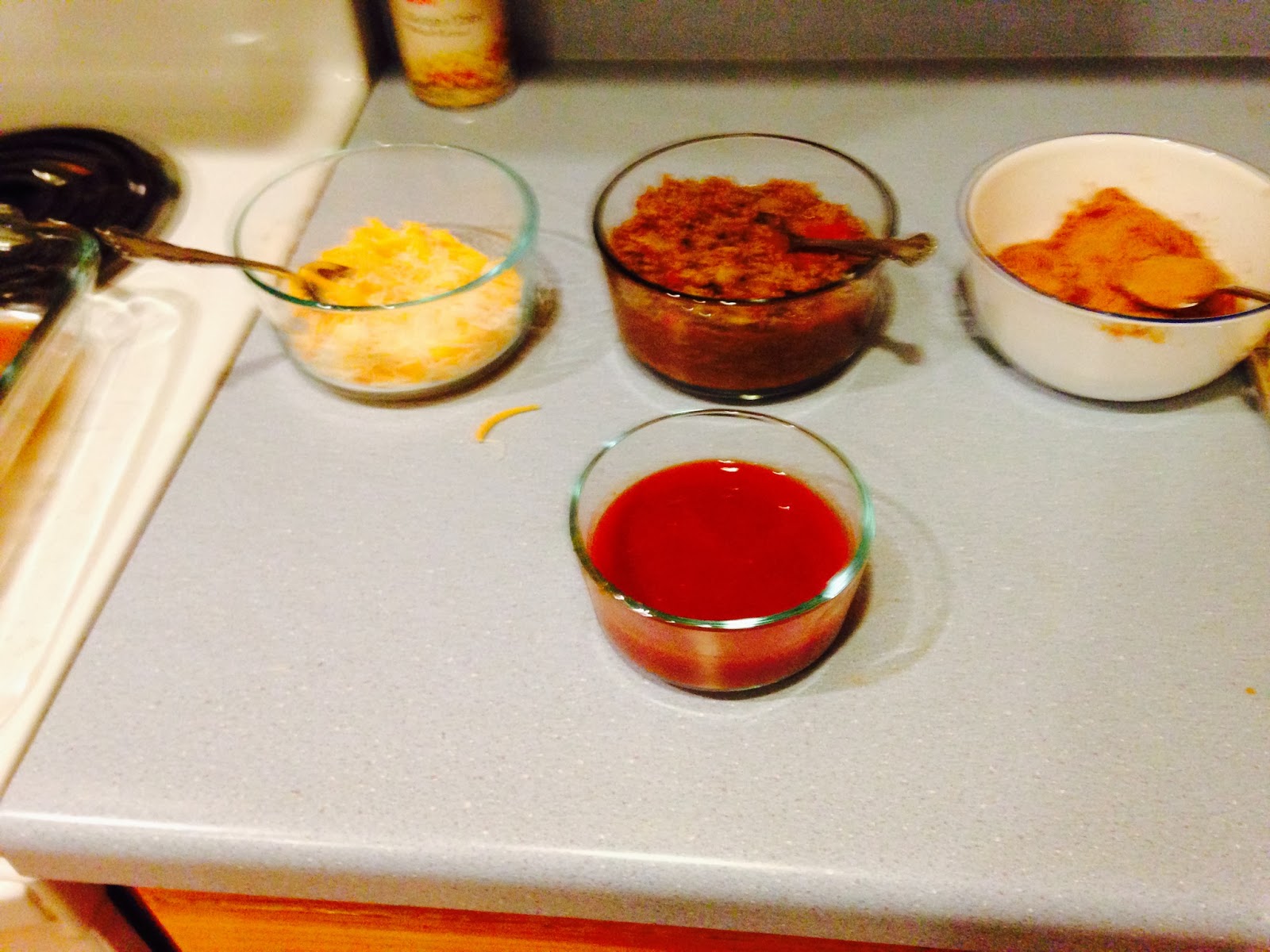 Ingredients (I had actually bought an Old El Paso Enchilada kit, but found it would be a lot cheaper and make more food if you just buy the tortillas, seasoning and sauce separately)… 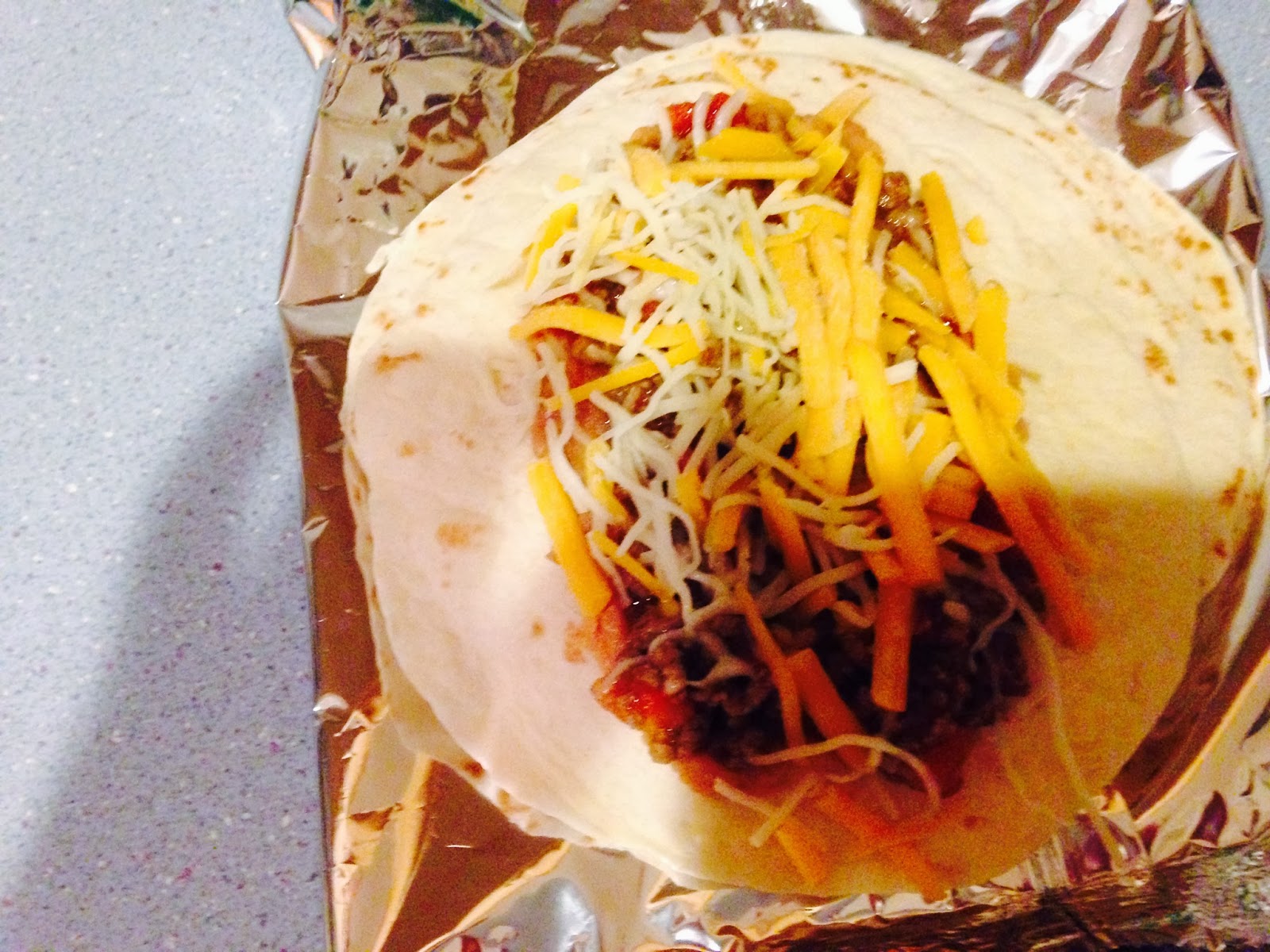 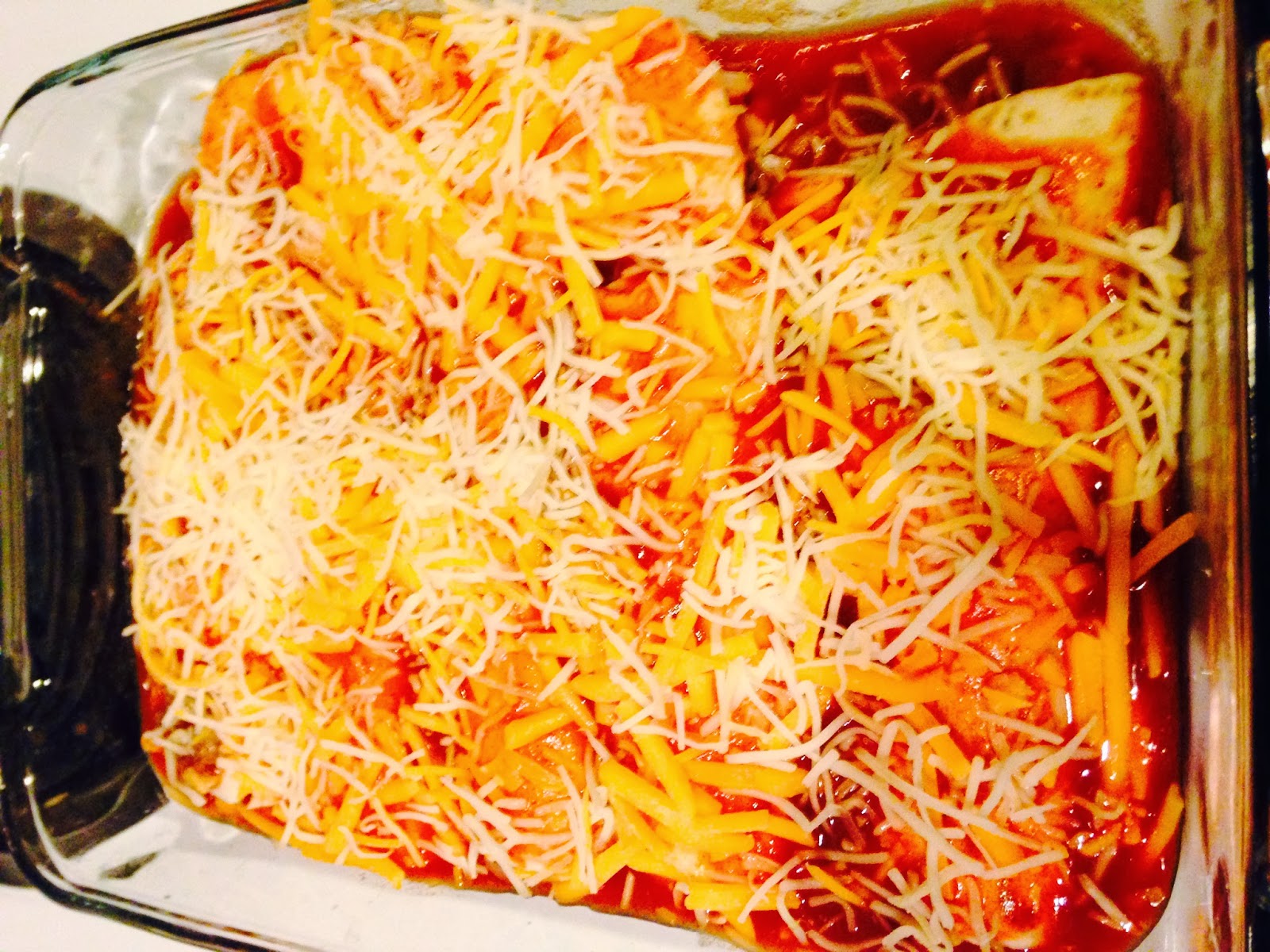 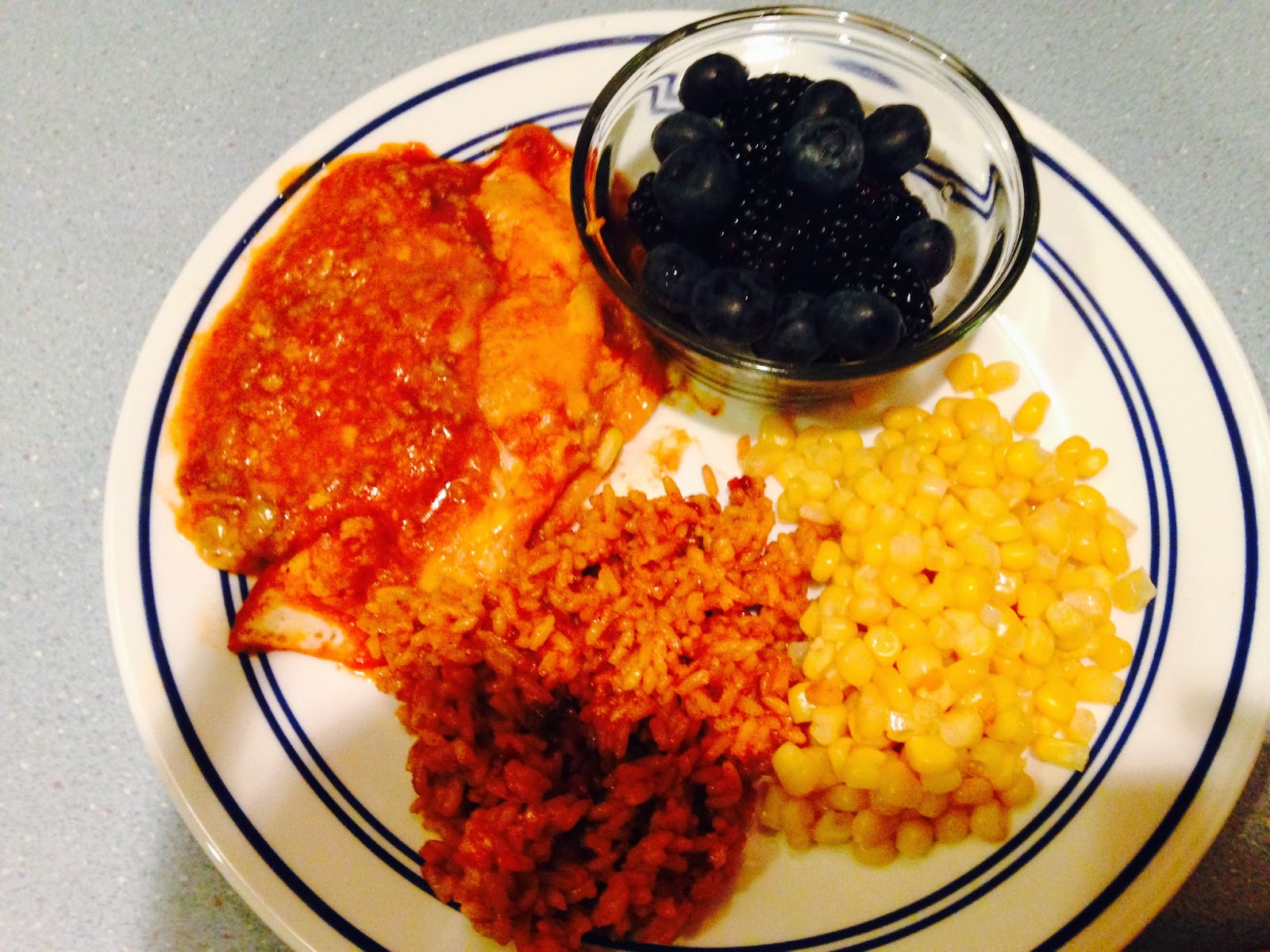 Brown the ground beef until done. Add chopped onion and Rotel tomatoes. Cook awhile. Then put some refried beans in the tortilla, add the meat mixture and top with cheese. Arrange all the filled tortillas in a pan. Top with enchilada sauce and more cheese. Bake until bubbly at 350 degrees, around 20-30 minutes. Serve with Mexican rice and corn. Enjoy!