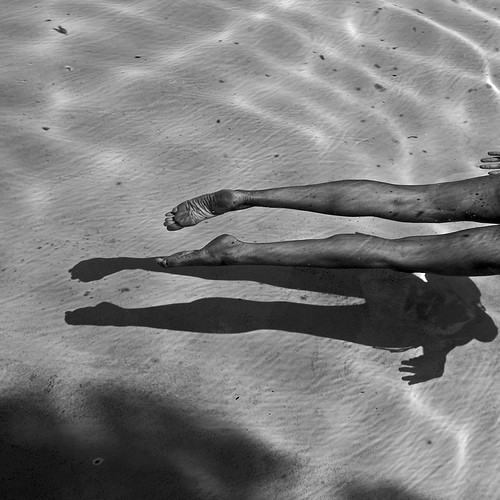 The water-resistant, sky-blue bag with the oversize floppy straps sat lopsided on my mother’s bed one morning. The sun glimmered through the open window, illuminating its every nook and crevice. The times I’ve dared open the precious bag, which have been few since my mother keeps it rightfully on its shrine atop the washing machine, I’ve practically needed a map to navigate the treasure trove of items. They were all there, arranged in my mother’s classic way. Two large towels. A washcloth. Shampoo. A shiny navy blue bathing suit. The bag has become attached to my mother’s hip like her own personal security blanket. The day my father committed suicide on a cold, blustery day in March 2003, a piece of my mom’s heart went with him. She lost her soul mate in one cruel twist of fate, and a lost look replaced the sparkle that once glimmered in her eyes.

But my mom, ever the strong Swedish Viking, soon became determined to make sense out of all the madness. She wasn’t content to sit idly by, swaying back and forth in her comfy rocker until the world magically righted itself. She took her grief into her own hands. On a clear, sunny Midwestern morning in early June 2004, with ears of corn just starting to peak against the green fields, she pulled into the parking lot of the local YMCA. Slinging the bag over her shoulder, she made her way to the pool. Dipping her feet in the Olympic-sized pool, she felt a rush of cool, refreshing water tickle her toes. That day signaled the start of her new love affair with the water.

To hear my mom tell the story, she was hooked from the start. The water. The chlorine. The bright sun peeking through the overhead windows. It was all intoxicating. Like caffeine — another one of her obsessions. She’d always been an avid walker, but this new exercise passion gave her a new sense of purpose and determination. Once or twice a week during that summer, she hopped in the car for a quick splash. In the weeks that followed, she began going to the Y three or four times. She even began packing her gym bag at night and placing it in the car, right next to her red bin with all her school items, so everything was ready the next day. I hadn’t a clue what all the fuss was about over a gigantic tub of water, so she offered to let me join her on one of her pilgrimages. As I bobbed around against the side of the pool shivering, my teeth chattering and wrapping my arms around my chest in a feeble attempt to get warm, I watched my mother. She glided and splashed up and down the lane and floated on her back, her hands gently cascading water over her feet. With her head resting softly above the water, I noticed a faint smile forming on her face. 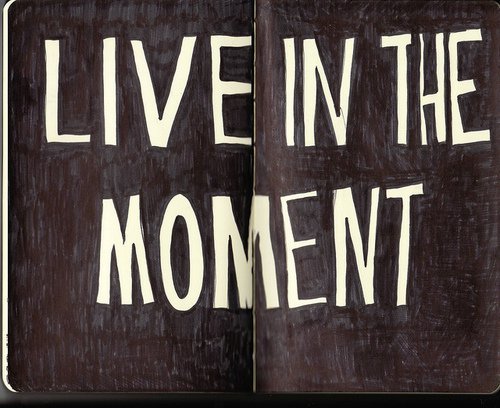 For the first time, the glimmer in her eyes matched the crystal-clear water. That’s when it hit me. I used to think it was an unhealthy obsession, but swimming had become something more than a means to a slim and tone body for my mother. It may have started out that way, but in the process of healing her body, swimming also healed her heart. And soul. The water gave her the calm and sanctuary she craved. She became completely free as she floated, as if she was suspended in air. Where she felt like she was drowning at times after my father’s death, the water kept her afloat. When she needed time for quiet reflection, she could lie on her back and get lost in her own world; at that moment, she didn’t have any worries or fears, only hearing the gentle hum of water as it rushed passed her ears. And when she was mad, she could pound out her grief with every backstroke and leg kick. Slowly, my mother was starting a new life for herself, not in forgetting my dad, but in getting excited about the future and seeking out the things that brought her true happiness. Swimming claimed its rightful spot at the top of the list. She’s living in the moment for the first time in a long time. She finally found her sense of comfort and peace.