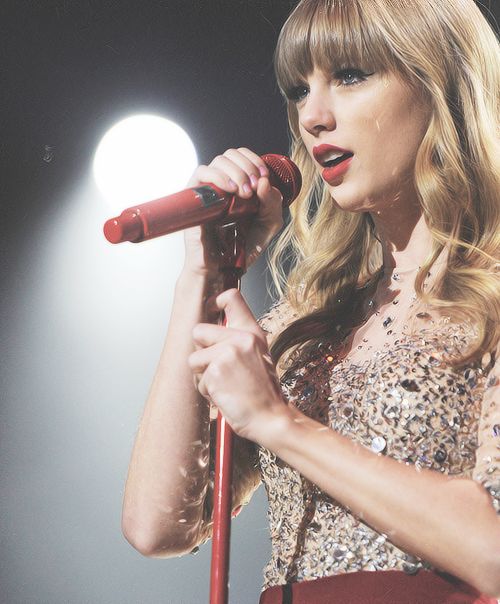 This weekend, I unleashed my inner 11-year-old and went with a couple of my closest friends to see Taylor Swift. I’ve been a fan of her music since I was 14, so I feel no shame in admitting that I’ll give up a Saturday night any day to sing along (at the top of my lungs) to some of the best breakup songs ever written. And I thought I’d prepare you for what you’re getting yourself into if YOU ever attend the famous Red tour. So without further ado, here are a few things you’re guaranteed to see if you decide to see Taylor live… 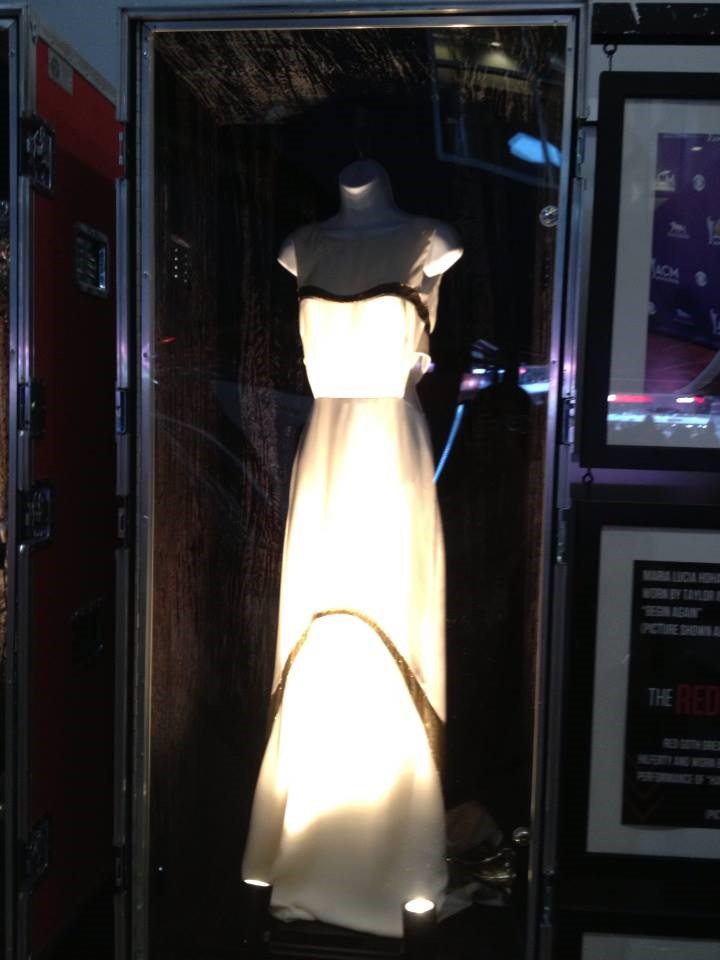 Costume changes
Taylor’s known for her sense of style, and she doesn’t disappoint at her concert. Be ready to see lots of preppy polka dots and stripes on her more casual outfits. As for the gowns, think fairytale princess, and that’ll give you a pretty good idea of her fashion choices. Swift is the queen of girl sparkles and glitter, and she always looks perfect in them. As an added bonus, the area just inside the stadium had a museum display of some of Taylor’s most memorable outfits, including the outfit above. 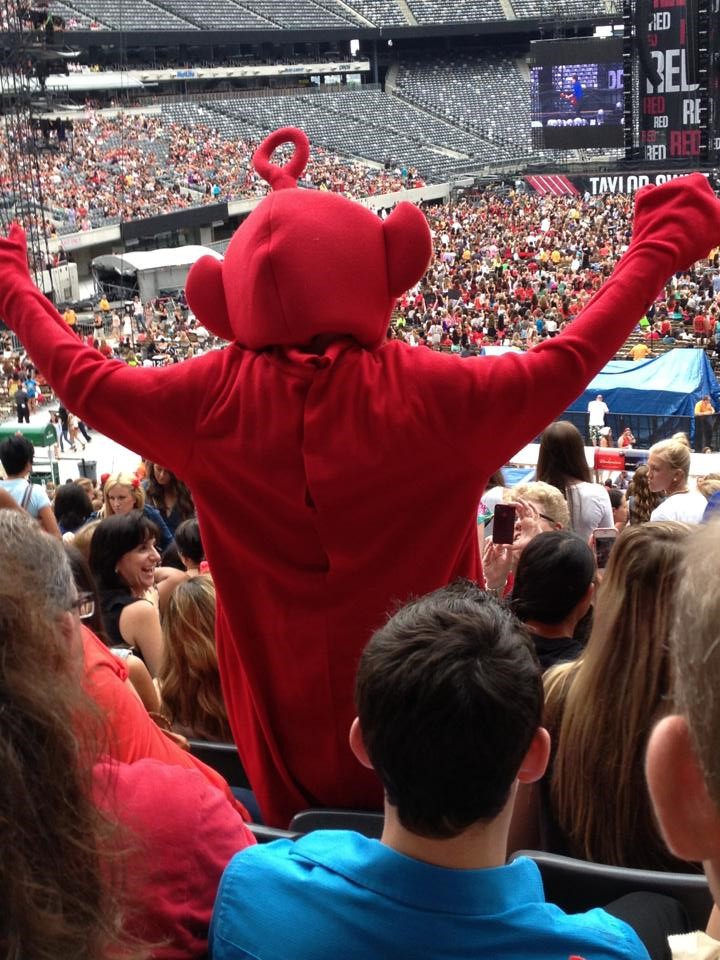 Crazy outfits
People really get into the spirit of the tour and dress up to support their favorite country-pop artist. Many of those who attended on Saturday draped LED lights over their clothes, donned over-the-top themed costumes (there were a few bridal outfits in the audience, which I didn’t really understand), and Sharpied their favorite Swift lyrics onto their skin. Among my favorite costumes were a boy covered from head to toe in red solo cups and a man dressed as a Teletubby.

Creative signs
As with the costumes, people go all out for this concert. So be prepared to see cute slogans like “Cray cray for Tay Tay” and huge posters with the number “22” written on them. There were also a few trios who each held up a letter of “red” and then lowered the “r” when Ed Sheeran took the stage. 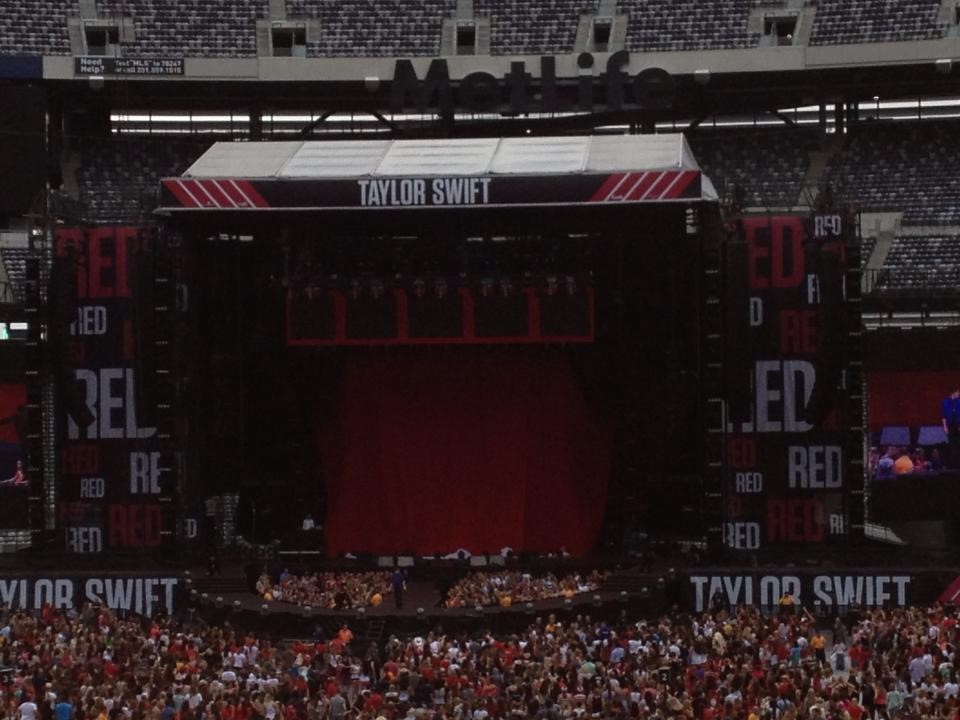 Red
Yes, it’s the name of the tour as well as a prominent motif throughout the show. From red dresses to red fireworks to red instruments, you’ll be seeing a lot of this color. And you’ll be feeling all of the emotions — from bitter resentment over tough breakups to fiery joy over falling in love — right along with Taylor. 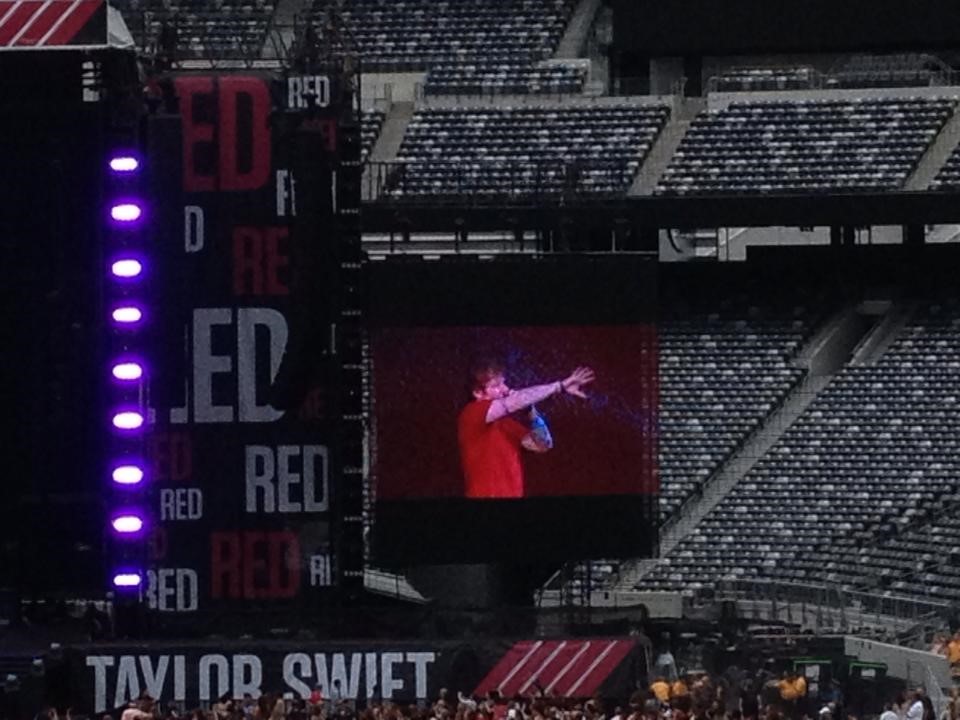 Talent
If you’re going to the concert for Taylor, you won’t be disappointed. She’s at the top of her game singing and dancing high-energy numbers across the stage. (It was super hot and muggy outside, so I kind of felt bad for all the performers sweating under the many stage lights). But Swift’s not the only one who shines under the spotlight. Opening act Ed Sheeran is AMAZING. I’ll admit that I’d only heard of his song “The A-Team” when I first saw him perform. But right after the concert, I added all his songs to my favorites playlist. If you haven’t heard “Lego House,” go listen to it RIGHT NOW!


[Top photo via We Heart It]