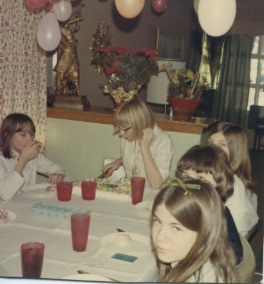 Everybody has a nickname for their mother. Maybe they’re not comfortable with the traditional Mom label. Case in point: In one of my favorite movies Mermaids, Winona Ryder’s character calls her mother Mrs. Flax. She takes the professional-relationship route.

My sister, Janelle, and I call our mother Ms. Bear. She’s always been Ms. Bear. I’m not even sure when the nickname came into existence. I suppose it morphed out of the childhood image of my mother rising from her bed chambers. Every morning since I was 10 years old, the scene played out the same way. I’d hear a faint creak of a bed, hear loud footsteps on the carpet (my mother wears a size 12 shoe, of course!) and see the bedroom door fling open. And out would step Ms. Bear. Her hair standing up in all directions like Bozo. One sock hiked up to her knee cap, the other dangling from her toes. And that yawn — a thunderous call in the wild resembling, you guessed it, a bear. It practically shook the whole house. But Ms. Bear was merely making her presence known. A trailblazer pounding through the forest of life. So many times, we vow that we’ll be different from our mother. We won’t make the same mistakes she did. But I can’t help but wonder: Can we ever really escape becoming our mothers? Is it such a bad thing to become the next generation of June Cleavers or Mrs. Flaxes? 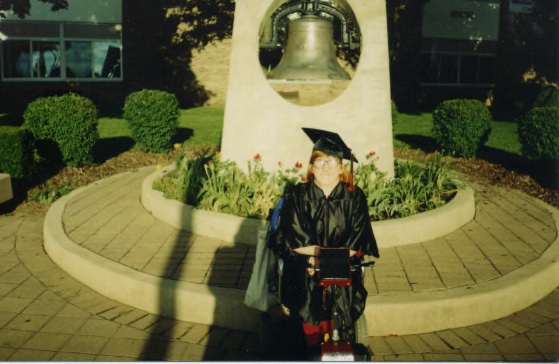 Growing up, Ms. Bear opened a bright, sparkling world to me — a world in which women could be traditional and nontraditional. They could wear the apron in the kitchen and still be strong, independent feminists. All at the same time. She was a stay-at-home mom for most of my childhood, one of those mothers who wholeheartedly threw herself into motherhood. Sometimes I think she was happiest when my sister and I were hanging on her, clamoring for her love and attention.

The summers turned into our designated Mother/Daughter Time. Living mere blocks from my father’s electronics shop at the local university, we pounded the pavement on a sweltering day, and after we visited him and marveled at the newest gadget he was fixing; she took us to the lagoon so we could sit under the weeping willows and feed the ducks. Other weeks, she took us to the library, and I remember immersing myself in the stacks of the children’s department. In those times, I wasn’t disabled. Or confined to a wheelchair. I was just Melissa — a little redhead reading Curious George and giggling. 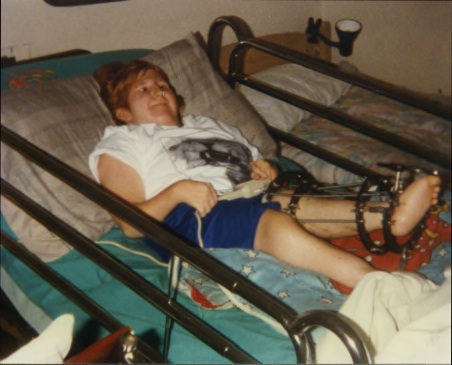 Ms. Bear taught me how to become a raging independent woman when we were forced to leave that innocent bubble and enter the scary medical world of Chicago. I’d had 26 surgeries by the time I was 16, and would typically be put in an Ilizarov, a contraption of pins inserted into the bone that would slowly release the muscles and straighten my legs and feet. We were one of the first families allowed to go home with the Ilizarov. It was standard procedure back then for patients to stay in the hospital for four months for treatment. “My daughter will not be laying in a hospital bed for four months,” my mother informed the doctors in her classic matter-of-fact tone. So each day at home, she became my nurse. Laying out a bottle of rubbing alcohol that reeked through the house, setting aside a pile of sterile gauze and slapping on a pair of gloves, she went to work like a pro — meticulously cleaning every one of some 40 pins on the Ilizarov. You see, my mom planted the seed in me at a very young age that I could do anything I wanted and that I should never let my disability define me. I think this is what made me reach for so many things in life.

(Make sure to check back tomorrow for Part Two… xoxo)