MEMORANDUM
TO: Men all over the planet
FROM: Melissa
RE: It’s like thunder! Lightning!
DATE: June 12, 2013 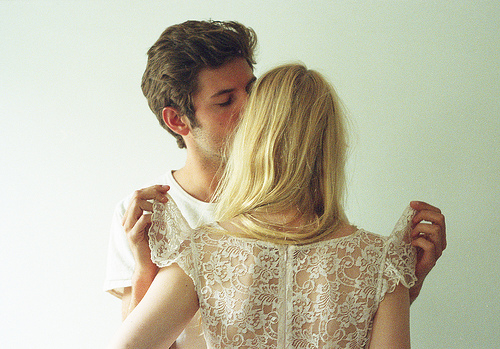 Well, boys, we’re supposed to get some big thunderstorms this afternoon, so I’m all hunkered down at home for the afternoon. There’s nothing like a summer thunderstorm, is there? All that wind and rain and thunder and lightning sending sparks across the sky. It’s something you can’t help but feel in your bones, like you’re watching some sort of force that you just know is much bigger than yourself.

I suppose it’s sort of ironic, then, that I’d be thinking about sparks of the relationship kind today as well. I’m sure you know exactly what I’m talking about here, boys. You know, those kind of sparks that feel like a lightning bolt to your heart. Maybe you feel said sparks after knowing someone for years. Or maybe these sparks suddenly go off after you’ve just met someone. I’ve felt both kind, and yes, I’m well aware (sometimes painfully aware…) that things never went beyond those initial sparks. But that’s beside the point. The point is that those sparks were there, whether I acted on them or not.

And maybe that’s my point. Sparks can be a very powerful things — something that you shouldn’t just brush off as a fleeting feeling or a passing fancy. After all, sparks can help us chart our entire dating course, if you will. I like to think of those handy-dandy sparks as a compass of sorts — a compass of the heart, directing us in the direction we’re meant to follow. Because when it comes to dating, I have a feeling that sparks — big or small — are going to play a very important role in how the relationship does or doesn’t play out. 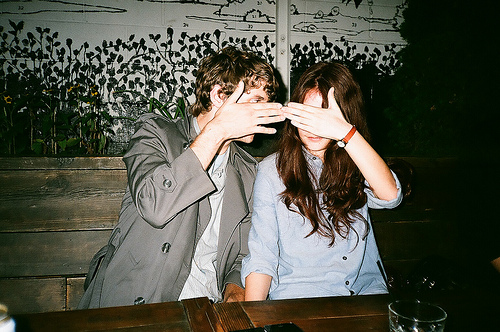 I do wonder, though: If the sparks aren’t there on the first date, does that mean they never will be? Do we have to see nothing short of fireworks before we’ll go on a second date? I worry about having such high expectations that gets us stuck in that rut of having to see a grand Fourth of July fireworks display to convince us to go on another date. I mean, say we only feel those mini sparklers? Should we just throw in the towel and call the whole thing off? I can’t help but think it would be a shame to say goodbye to something so quickly — something that could potentially blossom into something beautiful.

And, are sparks really a two-way street? Do those have to be felt by both people to be “real“? Are the sparks not validated if only felt by one person? But in the end, maybe I’m just over-thinking things. I mean, it’s “feeling sparks,” isn’t it? It’s not “thinking sparks.” What do you think, boys? Certainly something to think about…oh, shoot, there I go again… xoxo