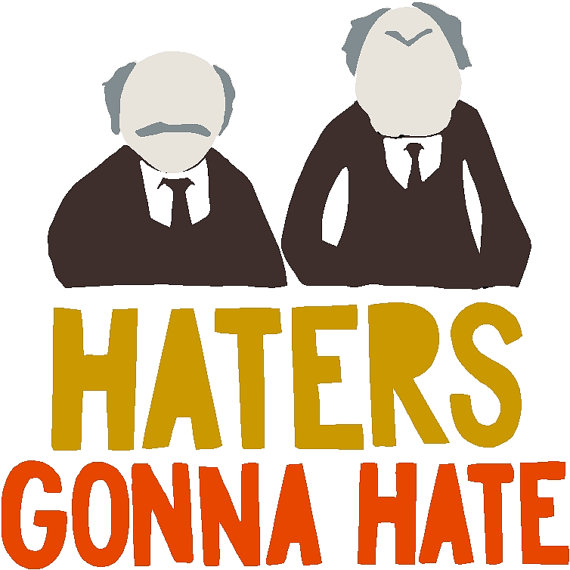 Remember when I wrote about certain anonymous creepsters for xoJane, friends? Well, if I’ve learned anything since graduating from high school and college, it’s that the bullies and the haters and the general creepies magically disappear once you graduated from high school and college. In a perfect world, they would. But unfortunately, they don’t.

So, my strategy for dealing with them has always been one of blind indifference — that sort of “turn-the-other-cheek” mentality with the hope that once they see they can’t get a rise out of me, they’ll get bored and move on to their next victim in the metaphorical playground that is the Internet. The strategy has worked wonders (yay!!), and save for the occasional comment here and there, I think I’ve finally found my balance and no longer want to spend my evenings drowning my poor sorrows in a tall glass of root beer.

But, embrace my haters? Even more, love my haters? Huh? That’s something I’ve never really thought of, and yet, that’s precisely what author Ann Friedman is doing. In her New York magazine article, Friedman describes how, instead of ignoring her haters, she actually loves them. What’s more, she even treasures all that hate mail she receives, taking it as a sign that her writing is really making an impact.

“Haters aren’t something to be feared,” she says. “They’re validation that you’re a big deal. And they’re fuel to do better. Now you’re inspired to prove that their jealousy is warranted.”

To illustrate her point, Friedman came up with a Hierarchy of Haters, a handy chart to help rate the hate. “The hierarchy just helps me to compartmentalize them. It’s not that I stop caring altogether, it’s that I care much less about the least consequential among them,” she says. She explains it like this…


*High-order haters are those who really know how to hurt you; they may have real power or influence in your social or professional world. These are the folks you might consider responding to, or otherwise defending yourself against.
*Low-level haters are usually people of little professional or social consequence to you. These are the folks who call you fat and ugly because they disagree with your views on, say, the federal debt.
*The lower a hater is on the pyramid, the more likely it is that the best response is to ignore him — while taking pride in the knowledge that, wherever the hater falls in this hierarchy, his or her very existence means you’re succeeding in having an impact. 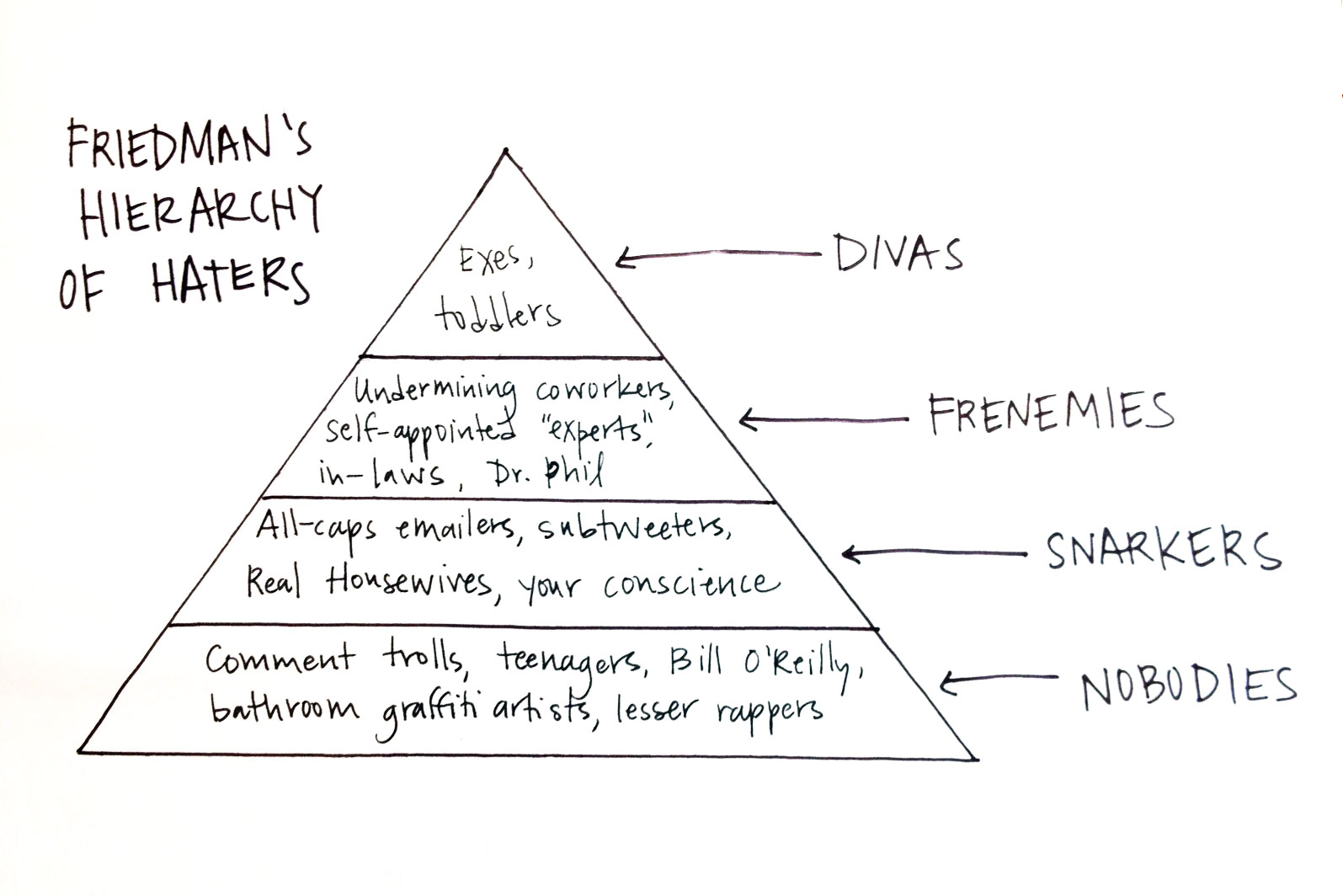 How refreshing is this? What a great way to put a positive spin on something that could potentially be a very negative experience. Do you agree with the hierarchy? Anything you would add to it? How have you dealt with haters in the past, friends, either online or in your everyday life? xoxo