MEMORANDUM
TO: Men all over the planet
FROM: Melissa
RE: Don’t overlook little gestures
DATE: March 11, 2013 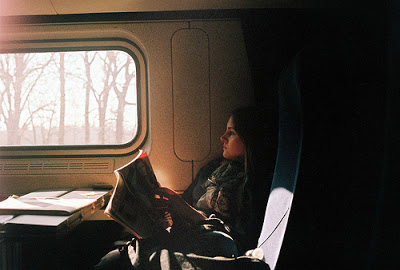 Oh, boys, I bring you a little lesson today — a lesson that might seem a bit trivial and rather insignificant, but really is far more powerful than you could ever imagine. I suppose it’s more of a reminder of sorts. How many times have you thought, “I won’t bother with that…after all, it won’t matter. Not really, anyway.”

Well, think again. Why? Because you’d be surprised how much of an impact even the littlest of gestures can have on someone’s life. Little things — not matter how little they seem — do matter. Heck, sometimes they mean more than the grandest of gestures.

Case in point: I received an email from Cute Guy Friend yesterday. We haven’t spoken in awhile, so I instantly smiled when I saw his note in my inbox. He was writing to let me know he was thinking of my family on the anniversary of my father’s death. He’s made a point of doing this every year since my dad died, and every year — without failed — it’s warmed my heart. Now, of course I know that everyone who knew my father remembers him this time of year, but that personal email has always been such a comfort to me. It’s one of those tangible reminders that my father touched so many lives. It probably took him just a couple of minutes to rattle off that email, but I can guarantee you that I’ll be smiling for days because of it.

In the end, it’s those little things that tend to mean the most, boys. Don’t overlook what comes directly from the heart. You can never go wrong with your heart — it’s the only real and truly genuine thing we have to give. After all, isn’t that all we really want, boys…? xoxo