MEMORANDUM
TO: Men all over the planet
FROM: Melissa
RE: So about that ‘friend zone’ thing…
DATE: February 26, 2013

It seems like it was only yesterday, boys, when I was lamenting the many differences between the role of girlfriend and girl friend. Well, if you still don’t believe that the friend zone is an actual thing, it looks like I’ve got science on my side now, errr, I mean the next best thing — The Oxford English Dictionary. The dictionary of all dictionaries recently added the phrase that frustrates so many of us, defining the friend zone as…

A situation in which a platonic relationship exists between two people, one of whom has an undeclared romantic or sexual interest in the other.

See, boys, you don’t understand just how major all this actually is. This is a huge deal, especially for us word nerds. Why? Because if a word has managed to earn its rightful place in the Oxford English Dictionary, then it’s officially a full-fledged phenomenon. But with all big discoveries like this, it’s important to keep a few things in mind as you adjust to the new life paradigm the friend zone brought with it. Here are 3 things you need to know, boys (and yes, I’m perfectly aware that I may be the only girl in the world who holds these beliefs, but that’s OK)…

The friend zone develops over time
Don’t worry; we’re not going to dissolve into a puddle at your feet the first time we talk to each other. Sure, you may be the world’s biggest Casanova, but those romantic feelings have to sprout from a friendship. And friendships take time. It takes talking and getting to know each other and laughing and finding that common ground.

The friend zone isn’t everyone’s ultimate goal
Contrary to what you might hear — or even experience yourself — don’t go into a platonic friendship with the goal of someday, eventually, making it more than that. I’ve had friendships with guys in the past, and in each instance, I never meant to fall in love with them. It just, well, sort of happened over time. And just because we were friends first, my feelings were still very real. Being friends didn’t exactly give my feelings a soft place to land. In fact, being friends gave my feelings a rather thorny and prickly place to land.

We may be friends, but that doesn’t mean you can be careless with my heart
I’d hope our friendship would mean a great deal to you, and that you’d do everything in your power not to break my heart. 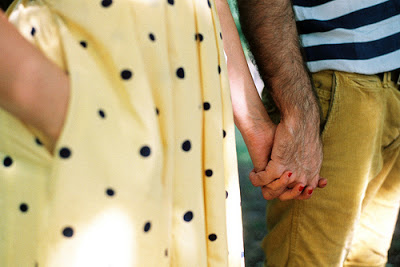 Because, when you really think about it, boys, remember that old saying? The best romances start with friendship. Hmmm…I’ll let you think about that one. Until later, boys… xoxo