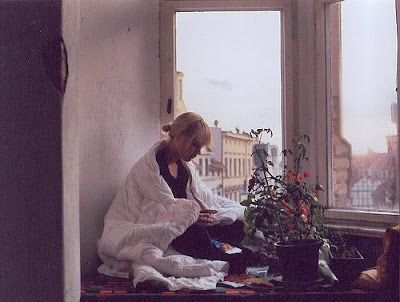 I talked about this a few years ago for one of my Online Dating columns, but in honor of Valentine’s Day tomorrow, I thought we all could use a little refresher, friends. Look for Part II tomorrow…
They say a
good man is hard to find. So, then, naturally, by that logic, a great,
wonderful, awesome man must be impossible to find.
But have no
fear: There’s an ever-fresh, free-flowing supply of not-so-good guys. The bad guys are like those products on late-night infomercials. They’re everywhere, look perfect from the
outside and promise to make your life easier, and then two weeks later, you look
at the pathetic thing and think, “Geez, talk about false advertising.” If only
these sort of guys could wear some sort of sign like “As seen on TV” or come with a return policy. At least we’d have a fighting chance to escape their
clutches.

If we’re being honest with ourselves, though, we should never get involved with them in the
first place. And so, to save you the hassle of not being able to return him
without a receipt, I offer the best of the worst: The Top Ten Guys To Avoid
(aka, Run, Run For Your Life). These are in no particular order — it’s just all
bad…

The Playboy
Oh, the classic model, from which all other bad boys were
born. This guy is slick. He’s a charmer. He knows all his stuff. He’s learned
all the rules of the game and has mastered it. He knows all the right things to
say, has an incredible knack for remembering important factoids about you, and
you just love his notion of ‘staying in the moment.’

I’m not putting this guy on the list because he’s bad — quite the contrary, actually. He’s one of the good ones, one of those rare gems
that come around only once in a lifetime if you’re lucky. That, my friends, is
the reason you must work your hardest to keep your friendship strictly, well, a
friendship. Being friends is a nice place to be — like the calming poppy field
from The Wizard of Oz. If you try taking that feeling to boyfriend status, I claim zero liability for the
injuries you’ll receive from stepping on that mine field.

This guy is worse than a Bounce fabric softener sheet.
We women do love attentive men; what we don’t love is the oppressives. Ask
yourself these question: Is he needy? Is he always right behind you and wants
to go everywhere with you? Does he text/call/IM/send smoke signals to let you
know he’s having lunch and thinking of you? Did he say “I love you” on the
third date? It’s just too much, frankly. After all, you don’t want to go
through a lifelong, swirling, passionate romance in three weeks. Don’t wear
yourself out here. What if you end up being together for five years? That could
seem like an eternity if all the sparks have petered out already. There’s
something to be said for taking it slow, and if Mr. Cling is stuck on the speed
cycle, it’s time to get off the ride.

Sure, this guy’s flashy. He has high tastes and nice things:
Armani suits, more than one shiny Cadillac, two summer homes in the and more man jewelry
than the BeeGees. But beyond that? There’s nothing. He’s all flash and pizazz,
yet there’s no substance, no real meat on which to build a relationship. Bottom
line: This guy is more about showing himself off than showing YOU off. My
advice is to steal some of his bling and get out of that scene. Fast.

This one is meant as more of a warning for the younger
ladies out there. Fawning over the lifeguard is never a game you can win. This
guy is easy on the eyes — tall, handsome, overtly sexy and a toned body complete
with ripped abs you could fry an egg on in the hot summer sun. But sadly,
summer has to come to an end eventually, and more often than not, that’ll also
mark the end of your time with Lovely Lifeguard. Trust me, I’ve played more
times than I care to admit publicly. When I was 16, I fell head over heels for
the lifeguard at the local pool. He was one of those blond-haired, tan-skin
types, but what really hooked my hormones was the fact that he moonlighted as a
male model. Yup, that one didn’t go over too well with my father, even though
my entire relationship with Nudy Lifeguard consisted of me hiding behind the
ledge of the pool and spying on him in a futile attempt to make eye contact
while the July sun formed sweet sweat beads down his chiseled face. On second
thought…no, this one is still a bad idea. 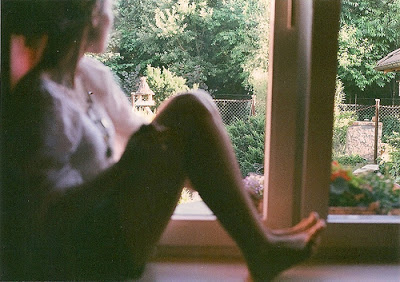 So, I’d love to know, friends: What ‘types’ would you add to the list? Which of these types have you encountered? Any advice you’d give? xoxo