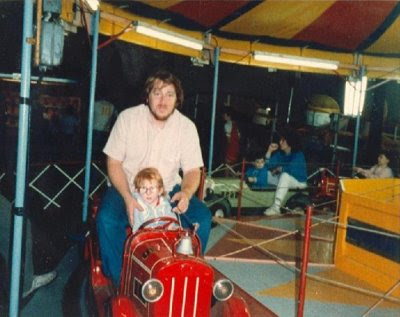 As I mentioned last week, this year marks 10 years since my father committed suicide. Even now, just typing that sentence makes me do a double-take — sort of like that feeling you get when you’re jolted awake from a nightmare at 3 a.m., and have to just lie still to catch your bearings for a few minutes because, for a split second, you forget where you are. You know you’re in your bed, but for some reason, nothing looks familiar.
And then, the horrific details of the nightmare start coming back — slowly at first, but faster as you remember more details. You know it was all a dream, but it seemed so real, as if you could reach out and touch it.

Well, friends, that’s how this milestone anniversary has been for me so far. The only difference between my father’s suicide and a bad dream is that his suicide is, well, all too real. And if I’ve learned anything in the last 10 years, it’s that there’s no “waking” up from the suicide of a loved one. You can’t escape it. You can’t run away from it. You can’t hide it. Of course, you can try doing all these things, but you won’t be able to keep up the pace for very long. Eventually, your emotions will catch up with you. 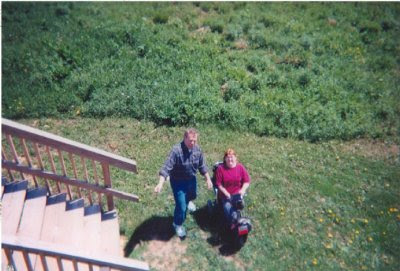 I’ve been thinking long and hard about the 10-year mark and how I want to process it and write about it. The more I think about things, the more I realize that my emotions probably won’t be following a cute little time table this year. Sure, I could write about it on the actual anniversary — March 10th — and be done with it, never speaking of it for the rest of the year. But when you think about it, emotions don’t work that way. You can’t compartmentalize something so abstract.
So, in the name of continual self expression, I thought it would be a good idea to have a specific place to write about all the emotions that come up regarding my father’s suicide — all year long. As you know, my emotions have run the gamut in the past — everything from anger to sadness to confusion. And guess what? All those varying emotions, I’ve learned, are healthy. They’re all part of the process, and I’m equally excited (Is that the right word?) to see how my emotions will morph and change throughout the year.

What do you think, friends? Is there something specific you’d like to see me write about? Do you have any questions? You can read more about my father and my journey following his death here, here, here, here and here. xoxo