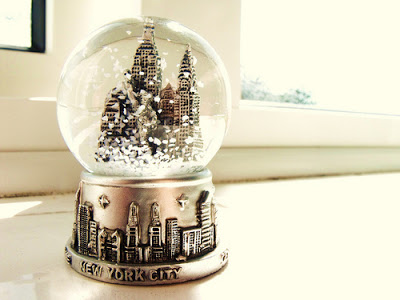 A couple years ago, I found one while I was rummaging around my room. They’re small. They come in a variety of scenes. And they used to entertain me for hours on end.

When I was a kid, my parents always used to buy my sister and me snow globes around the holidays. You’d think they’d just given us $1 million by the sight of our faces — all lit up (our faces, not the snow globes) with huge smiles brimming from ear to ear.

Now, these snow globes were nothing special, probably the cheap kind you can buy at Wal-Mart, but it felt as if they’d just given us those expensive kinds. Even as a young child, I knew all about the top-of-the-line expensive kind. They were the sorts of snow globes you’d see in catalogues. Huge catalogues. Filled with equally huge snow globes. These things were mammoth, I tell you. These snow globes were mounted on a huge platform — at least it looked that way to my young and covetous eyes — and each elaborate scene (trust me, there were many elaborate scenes) was encased in a thick, round dome. I could barely get my hand around its diameter. Or, that’s what I assumed because, remember, all I had to go by was the photo in the catalogue.

Still, I so desperately wanted to hold one in my hands. Just once. To feel the weight of it on my fingers. To run my hand over the smooth, crystal clear dome. 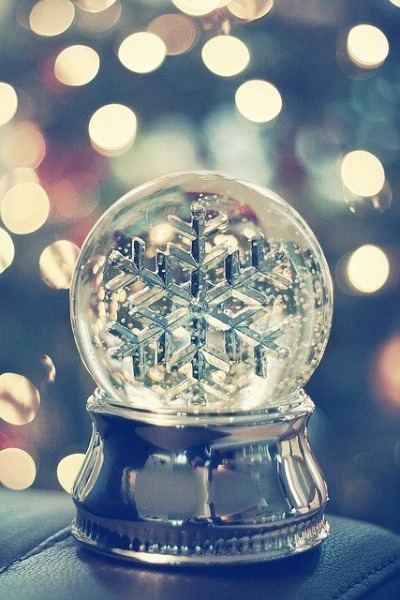 All the scenes, we soon found out, were happy and calming. That was the gift my parents wanted to give us, each and every single year. Whether it came in a large or small dome, with or without a mounted platform, didn’t really matter. Looking back, I can’t remember a Christmas where I didn’t receive one of those small snow globes and felt a rush of happiness and soothing calm run down my spine. All thanks to what I’d perceived to be a “small” snow globe.

And now, as I get older, I see another little lesson in those globes. It may be that the world is spinning around us — the snow may be whirling in thick patches, making it nearly impossible for us to see. But even if everything around us is moving in chaotic motion, that doesn’t mean we can’t remain still. I always marveled at how the centerpiece of those globes never moved out of place. Santa, Mrs. Claus and the reindeer never lost their balance. Now it all makes sense to me. Maybe I’ll buy myself a much-needed snow globe this year. 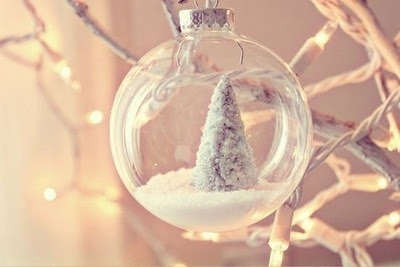 Did your parents give you snow globes when you were young, friends? Aren’t they magical? xoxo
P.S. Remember these snow globes?