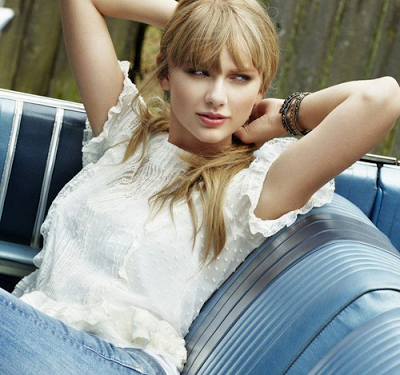 So, I think it’s important that we get something out of the way first: I’m not one of those crazy-obsessed super fans — the Swifties, I think they call themselves. Don’t get me wrong — I think you’re pretty awesome, but not in that creepy, stalkerish way. I mean, it’s not like I have the lyrics to all your songs memorized…well, not all your songs, anyway.

But I digress. I suppose I’m writing to thank you. I know how you feel. You see, I can identify with your struggles over the years, especially when it comes to how people perceive you. You want to show them exactly who you are, but you know it’s not always pretty. You know it’s not what people want to hear sometimes. And, yes, of course people may disagree with it sometimes. But you know what? It’s real. All of it. The good. The bad. The in between. Like you, writing about my life — and yes, that most certainly includes the people, places and things in it — has always been a part of who I am. It’s just not something you can strip away easily. And the more I do this thing called writing, the more I realize how very much it is an inseparable part of who I am and who I will become. 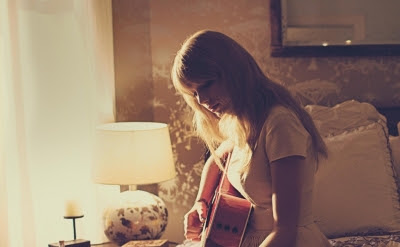 Now, I understand that you turn 23 today. A lot of people are trying to hold you to this high pedestal; they want to somehow make you older than you are. They’ve said things, whispered rumors and even printed stories about you and that Kennedy kid. And all the while? Well, you’ve handled it all with grace and class. You’ve stood firm. You’ve stood your ground, never wavering. You know who you are. You don’t compromise anything. In this day and age (Oh, wow, I sound like my mother…), that is such a refreshing thing to see. Granted, I didn’t agree with some of the beaus you’ve dated (Read: John Mayer. We both know how I feel about him…), but that’s part of growing up. Heck, at 23, I never would have been able to do that; let’s just say that I was a huge fan of hiding in the deep, dark shadows back then. But, please remember this: You aren’t older than 23. I hope you never forget that. You’re just a young woman who’s trying to figure it all out. You just happen to be doing all of this growing up stuff in front of quite a few people. Take it from an older (just a little older…) lady: Stay true to who you are, and there’s no way that you can go wrong.
Warning: Use of undefined constant rand - assumed 'rand' (this will throw an Error in a future version of PHP) in /home/customer/www/melissablakeblog.com/public_html/wp-content/themes/melissa-blake/functions.php on line 179