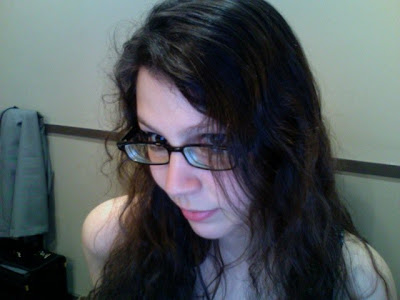 I want my Internet back.
That thought kept floating in my head as I sat in the dim candlelight on a cold Thursday night. I’d been without any power or electricity for a few days, and I was growing bored and impatient. As a Social Media Coordinator, my job requires me to be online almost 24/7. And with the threat of a hurricane looming over the tri-state area, I was stuck working from home just outside NYC (where my office is located) the Monday that Sandy hit. Until the power went out. Without my laptop and the Internet, I couldn’t get any work done. So my mind went into a panic as the impatient and workaholic New York mindset took over.
The winds were violent and there was quite a bit of rain, which was to be expected, but the worst part of the storm was the destruction it left in its wake. Of course, I had no way of knowing what was going on because I was (quite literally) in the dark. I didn’t realize how dependent we are as a culture on the Internet and on electricity until I didn’t have it that week. Isolated from the rest of the world, I had no qualms about being upset over my situation. I whined about being cold and not having Internet and not being able to charge my cell phone. I complained about how I couldn’t make it to work because the trains and subways were all flooded and the office had no power. Needless to say, it was not a pleasant experience. But when I was later able to watch the news and check my Facebook account, I saw post after post about people who had it way worse than I did. 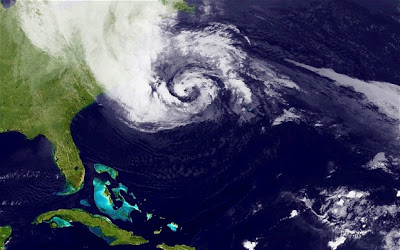 When tragedies and emergencies strike, it’s easy to focus on your own inconveniences. Admittedly, not having any phone service or power to work from home is a pretty big problem. But it was nothing compared to the pain of the people who lost lives, loved ones and homes to the storm. It was jarring to hear the real-life horror stories that came from Hurricane Sandy’s path of destruction. My heart and prayers go out to those who are still hurting because of Sandy’s devastating effects. But it was also beautiful and heartwarming to see people come together via social media networks and work for good. I heard about people using Web sites like Facebook and Twitter to organize clothing donations and food drives. These were locals who did what they could to help out their neighbors in need. New Yorkers have a reputation for always being on the go and on to the next thing without skipping a beat, so it was inspiring to see people reach out and help others as soon as they could log into their favorite networking sites. 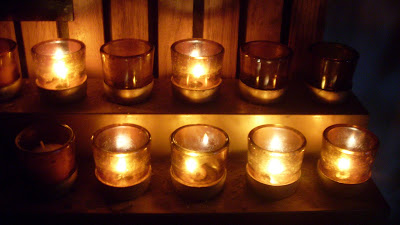 So I know now that I was being selfish complaining about everything I didn’t have, especially when there were people hurting so much more. But the storm certainly brought with it a lesson in patience, gratitude and paying it forward. Seeing people gather for good online also made me realize how important the Internet is in connecting people and creating community. And it showed me that sometimes, you just need to take some time out of a crazy/busy day to care and help in whatever way you can. So I have not uttered a negative word about the even-more-crowded-than-usual NYC trains or the fact that buses are still not running on the right schedule. Instead, I’m thankful that my family and I are okay after the storm and that people are helping their fellow New Yorkers because, at the end of the day, what matters most is how we love and how we act toward each other as a community.
–By Caitlin from Stream of Caitlinness
Warning: Use of undefined constant rand - assumed 'rand' (this will throw an Error in a future version of PHP) in /home/customer/www/melissablakeblog.com/public_html/wp-content/themes/melissa-blake/functions.php on line 179