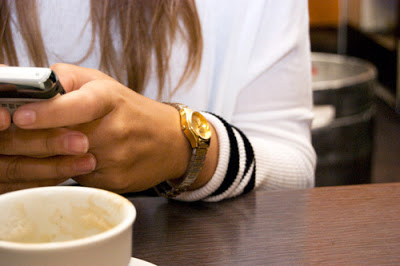 It was a sign of the times in our house last night. My mom asked me to do something. “Uh-huh,” I replied. “Hurry up,” she said. “It always takes you so long to do things because you’re always on your phone.”

The words cut and stung just a little bit. Mainly, well, because they were true. My mom was right. Ever since I got a Blackberry a few years ago, it’s become my version of a credit card — I never leave home without it. In fact, it’s always with me, whether I even leave home or not.

And speaking of leaving home, here’s another typical scenario: My mom, sister and I will go out to lunch. Like clockwork, the second we take our last bite, my mom and I will whip out our phones, afraid we’ve missed any important breaking news or emails in the last 30 minutes. My sister sighs and rolls her eyes in annoyance and frustration. She’s proud of the fact that she’s, as she proclaims, “off the grid” — she still sports a bare-bones flip phone. No emailing from her phone. No texting. No special bells and whistles. Her cell phone is just, well, a phone — it can make and receive calls. That’s it.

Every time I get on her case about it, she gives me the same answer: “I’d rather interact with people in real life than over a phone.” 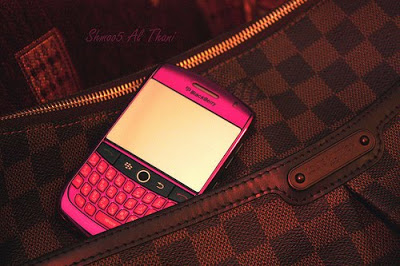 She has a point, at least according to research from the University of Essex. Researchers had pairs of strangers sit in a private booth and discuss an intimate topic for 10 minutes. A few feet away, out of their direct line of vision, there was a desk that held a book and one other item. That second item was the key difference for each group. For some groups, the second item was a cell phone, whereas other pairs conversed while a pocket notebook lay nearby. “The pairs who chatted in the presence of the cell phone reported lower relationship quality and less closeness,” the researchers concluded.

The researchers also studied the context of the interactions to see which topic of conversation was affected the most by the presence of a cell phone. Pairs were assigned either a casual or meaningful topic to discuss. The result? You can probably guess — the presence of a cell phone had no effect on relationship quality, as long as the pair discussed a casual topic. But, relationship quality suffered significantly if a cell phone was nearby. 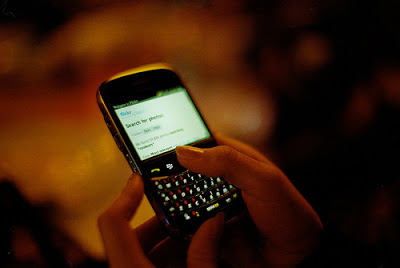 We all know that cell phones have created a distracted culture, but seeing the evidence in black and white will make me think twice the next time I reach for my Blackberry. Confession: As I’m writing this post, I keep checking my email on my Blackberry. Yikes!

Are you addicted to your phone, friends? How do you stop yourself from constantly checking email, texting or even playing Angry Birds? I’d love to hear your tips and tricks!
[Photos via We Heart It]
Warning: Use of undefined constant rand - assumed 'rand' (this will throw an Error in a future version of PHP) in /home/melis220/public_html/wp-content/themes/melissa-blake/functions.php on line 179