My father would have turned 61 this coming Friday, and I’ve been thinking a lot about him this week. We had so many special times in the summer, but who knew I’d learn the greatest of life lessons while staring up at a Midwestern summer sky? Have a question? I’d love to hear it, so feel free to email me (mellow1422 [at] aol) or ask me on Facebook or Twitter, friends! Today’s question is…

What is your favorite summer memory from childhood? 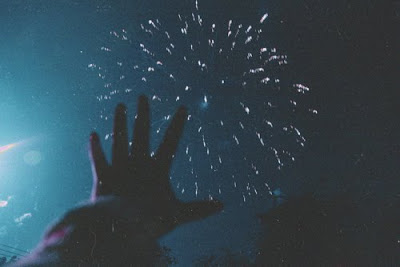 At 21, I swiftly waved goodbye to my childhood and the innocence that had become my security blanket, leaving behind a life of memories and love and entering a new and frightening chapter in my life somewhat naked. As life sprouted up against the early morning dew and glistening sunshine, my father chose to end his on March 10, 2003, following a rigorous four-month battle with Stage Three sinus cancer. I now saw my life not through the lens of my physical disability, but through the lens of a suicide survivor. I slowly saw the woman in me drift away and etched out of the frame. In her place: a lonely and scared 7-year-old redhead who desperately wanted to hide in the safety and comfort of her father’s bear arms. And yet there’s still enough woman in me that has to break the news to the little girl that her father – and her legs – are gone. Forever.

I had never intended to be a fatherless daughter, and I had no say in when I became one. I always expected my father – a jubilant man with auburn hair, green sparkling eyes and the sort of hearty chuckle that reminded you of Santa Claus – to be one of those superheroes who lives forever. In the months following his death, I pored through countless family photo albums, searching for answers to the elusive questions that plagued my grief-stricken mind. Where was the explanation I so desperately needed – the answers that would help my world make sense again?

As I ran my hands over the smooth photos, answers reflected back in brilliant color, though not to the questions I thought were so vital. I cried not just for my father, but for the loss of the life I once knew. Nothing seemed at all familiar in this small Midwestern town where I had crunched through red and orange leaves on the school playground in the fall, learned to make snow angels in the winter blizzards, watched daffodils blow away in the spring wind – and where my father taught me about love and life from the confines of our back yard on hot summer nights. 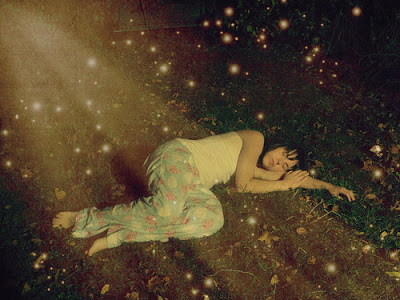 I could see to the ends of the earth from our living room window. We lived in a tiny two-bedroom apartment nestled in an enclave at the end of a long row of buildings, but the expanse of open field not 30 feet away more than made up for our sardine quarters. To my right, far in the distance, I could see rows of yellow corn, from minute stubs in June to green, towering husks in August. To my left sprawled the nearby lagoon, where I spent hot and humid days seeking shade under a weeping willow and offering bread crumbs to the passing ducks.

The back yard became my one constant – a place where I not only could feel life around me, but I could see it with my very eyes. It was the only place I knew on Earth where the sky morphed from an Atlantic blue in the morning to radiating every shade of pink at dusk, as the orange sun set in the distance. It was also the spot where I first fell in love with the night sky.

Summer nights in the Midwest are magical. They cover the world with an eerie quiet that is at once comforting and unexpected. I remember the first night I actually heard and felt this stillness, letting it beat to the rhythm of my heart. I had marched into the back yard, a crystal-clear mason jar firmly in hand, with the childlike intention of trapping a lightning bug. But the sky above caught my eye instead. It was almost hypnotic. My father must have peered out the window and saw my head perched back in amazement because I looked over to find him approaching with a blanket, two throw pillows and a flashlight.

From our own private viewing booth, my father began what would become a tradition for us that summer, a hallmark of what I’d later recall as “our summer.” Clusters of diamond-shaped stars danced across the charcoal sky that stretched on for miles, and an orchestra of bugs made music in the bushes. There’s something so serene about lying on a pillow underneath the stars that makes them almost tangible, like you could single-handedly reach up and move a star anywhere you wanted in the galaxy with just a flick of your finger. Living nearly a decade under the same sky, the stars never twinkled as bright as they did that night; until now, I had only seen their outline in the distance; now, I saw their sparkling center. 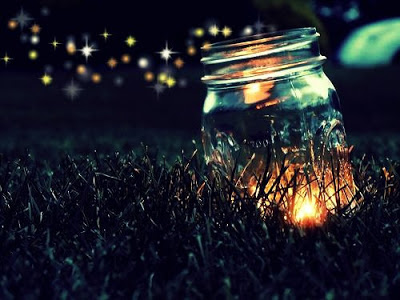 Later that night, I felt the blades of grass scratch my back from beneath the blanket, but it somehow didn’t seem to matter. In his soothing, quiet voice that matched the night’s soft wind, my father pointed to the crescent moon, the North Star, even Mars, set deep in the sky. For the first time, the world suddenly seemed so small. That little back yard, no matter how small, and the summer sky, no matter how big, belonged to me. In my mind, I claimed that piece of land as our own – my father’s and mine.

“There’s a giant lightning bug,” my father interrupted, pointing to the top of a bush on our patio. But by that point, I’d long lost that mason jar.

My family moved to a bigger house after my father died. The kitchen has lofty bay windows that filter the morning light and cast radiant glows throughout the house at night. But it’s not home, and it’s certainly not how I imagined living. The high ceilings and white walls make everything feel all the more lonely and hollow. This summer, as I stand in the driveway, I’ll undoubtedly catch a glimpse of a lightning bug whiz past. My father will still be with me. I’ll look out over the night sky once again – a sky my father and I once shared so long ago. A sky that is still “ours.”