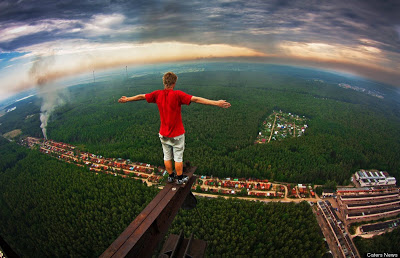 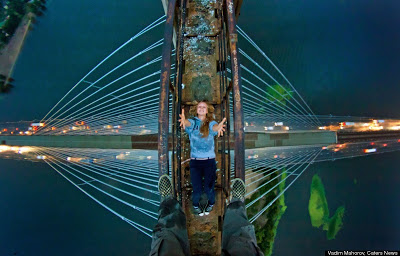 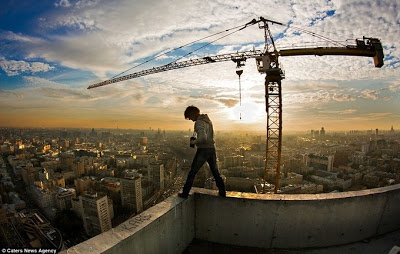 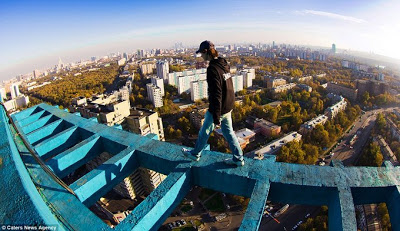 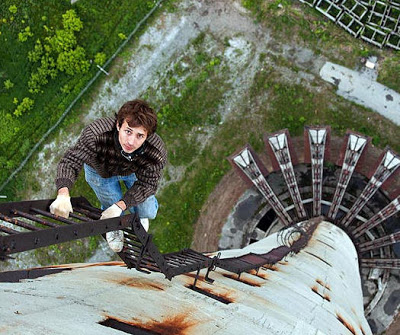 Imagine this: You climb your way up a series of structures to vertigo-inducing heights, and just as the adrenaline starts to kick in, you make your way to the edge and snap a photo of the view below.

Apparently, skywalking is newest trend that’s all the rage among Russian teens. They’ve taken photos atop everything from skyscrapers to monuments. Nineteen-year-old Marat Dupri, a forerunner of this daredevil hobby, began scaling the roofs of houses some 18 months ago, and since then, he and his friends have taken the trend to new heights — literally! They’ve even snuck past guards at some of Moscow’s tallest structures all in the name of their art.

Wowzers! Have you heard of Skywalking? Would you try it? I’d probably be too much of a chicken! 🙂