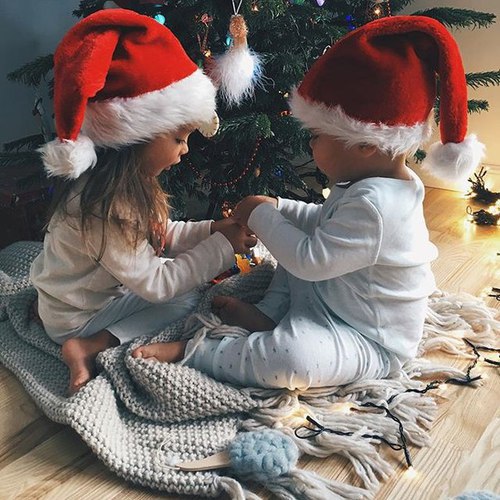 In honor of yesterday’s National Sibling Day, let’s talk about those relationships that are often a mixture of love, competition, petty fights (and some not-so-petty ones) and at the end of the day, respect. They can be all at once frustrating, fascinating and fantastic. I’ve talked about my sister before, but I’d love to share a little more of our story today…

My younger sister, Janelle, and I are twins, despite our four-year age gap. We talk alike — we’ve been known to spontaneously burst into a British accent, riddled with bloody this and cheeky that. We think alike — my aunt once commented that we seem to have our own sister language because we could finish each other’s sentences and know instinctively what the other was thinking long before a single syllable ever escaped from our lips. And my mother used to say that we both share the same hurried gate, a mixture of frenzy and determined energy — though I bustled around in my wheelchair while Janelle laced up her slick white Nike’s and set off to pound the pavement. Until my father’s death, I never understood the deep bonds of sisterhood. Our lives are changing and our paths are beginning to diverge on the metaphorical trail that has become our shared existence. And all the while, I’m not so sure if I’m ready to swiftly wave goodbye to our shared history and enter the real world without my partner in crime. After all, it had always been us against the world. Will the solo woman I become vastly differ from the little girl who wrapped her gangly arms around her little sister in a childlike bear hug? 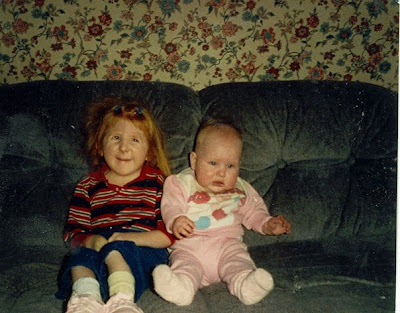 Janelle was born when I was a four-year-old little redhead. There was some concern that she would also have Freeman-Sheldon Syndrome, so my parents did their homework: They visited three geneticists, one of whom said my Freeman Sheldon Syndrome may have come from my mother’s side. And then, ever the thinkers, my parents contemplated, discussed and contemplated again. Apparently, they thought a sibling would be good for me, so on a chilly fall day in October, with the colorful leaves falling from the trees, we welcomed the newest member of our family. As the story goes, I was as proud as if my new baby sister was my own daughter as my father lifted me high up so I could peek through the glass walls of the tiny incubator to get my first glimpse of her big bald head and shiny blue eyes. I was the first one to see her, even before my mother, and in my child mind, that somehow gave us an extra-special bond.

But our roles were often reversed growing up. Because of all my surgeries and the fact that the hospital became our second home by the time I was two years old, my sister had to grow up fast, bypassing a totally typical childhood for the sterile halls of doctors’ offices and hospitals. She was a little person in a big, scary medical world, getting shuffled around to family members during my surgeries so my parents could be with me at the hospital or sitting for hours in a hard hospital chair. A child shouldn’t know the words needle, IV or operating room better than words like playground, toy or Chuck E. Cheese, but she never once complained. Instead, she took care of me, playing games with me as I lay in the large hospital bed and telling me about all the exciting things she and my father did while they were home by themselves.

So when my father died, I worried about my sister more than ever. I became her protector and felt this intense need to take care of her, to give her the stable sort of life she missed out on during her childhood. I thought that if I could just hover over her like a mother hawk, I could ease her grief and prevent anything bad from ever happening again. I couldn’t physically take care of her the way she did for me all those years, but I could be the emotional rock — the stability — that she needed. But maybe all my motives went far deeper than that. Maybe it was my way of taking care of her, of paying her back for all those years she took care of her big sister. Maybe I even felt guilty that my little sister was robbed of her idyllic childhood because of me. 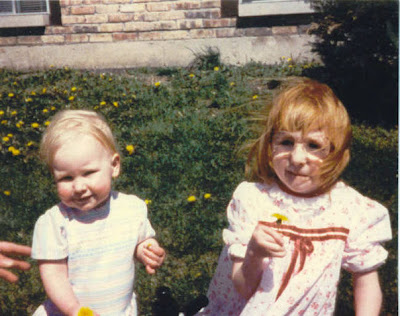 A few years ago, I happened to glance at her as she emptied the dishwasher. And she was a carbon copy of my father. Her mannerisms, her meticulous technique of placing each bowl in its proper place — it was all my father. And yet she also looked like that little girl who once screamed in sheer joy as he pushed us halfway to the sky on the playground swings. I got a tear in my eye as I realized we’re each other’s last link to our father. She’s the only other person on Earth who’s had the same childhood and who will carry those memories of being with our father in her heart like I do. We may grow up, but I know we’ll somehow always come back to each other. And maybe for a little while longer, it will still be us against the world.

Do you have siblings, friends? How has your relationship changed since childhood? Are you closer now than you used to be? Are you alike? Different? Do you think the sibling relationship between brothers is different than it is between sisters? What do you love about your siblings? What’s your sibling story? xoxo