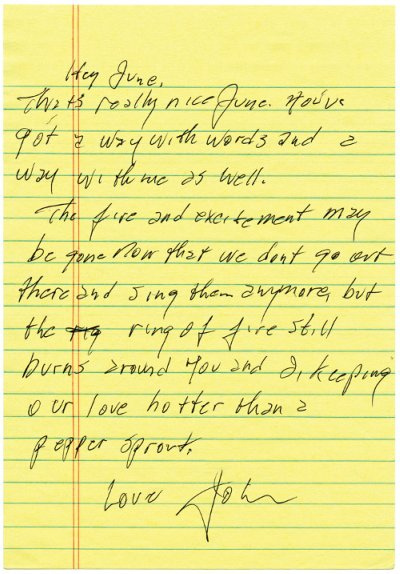 Johnny Cash and June Carter Cash had one of those love affairs for the ages, didn’t they? The kind that make you think, “I want a love like that.” After they both died in 2003 (just four months apart!), their only son, John Carter Cash, began sifting through photos, letters and other family treasures from his pack-rat parents. The collection became House of Cash, a family scrapbook of memories. My favorite find? The above letter, written by Johnny to June, which reads…

That’s really nice June. You’ve got a way with words and a way with me as well. The fire and excitement may be gone now that we don’t go out there and sing them anymore, but the ring of fire still burns around you and I, keeping our love hotter than a pepper sprout. 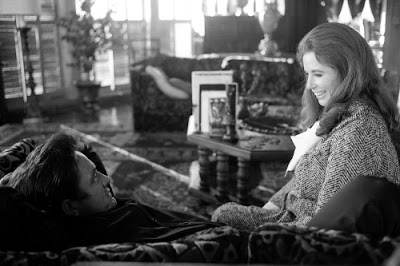 “Dad never ceased to remind my mother of his love for her,” says John Carter. How romantic is that? I picture them somewhere together right now singing to each other, don’t you? xoxo