Have a question? I’d love to hear it, so feel free to email me (mellow1422 [at] aol), friends! Today’s question comes to us from Jessi, who asks…

When did you first know that you wanted to be a journalist?

Honestly, I’m not sure when my love of writing and journalism started. If you ask my mom, she’ll tell you that it started when I was a wee lass in elementary school. Apparently, I wrote a poem, full of descriptive prose about a girl running in a field with her hair blowing to the breeze. Or something like that — I don’t really remember said poem, and since no evidence of it remains, I’m forced to take my mother’s word for it.

But I’ve always been sure of one thing: I’m probably the nosiest person you’ll ever meet. Ever. I’m probably even worse than the paparazzi, actually. I’ve just always had this unquenchable curiosity. I like to know what’s going on and what people are doing. Just ask my mom and sister — I’m also asking, “What’s going on?” and prying into their business. It drives them crazy. I don’t do it on purpose; it’s just a part of me. These questions just spring from my lips uncontrollably. I’ve always lived my life as an open book, and I suppose it never occurred to me that not everyone lives like that. 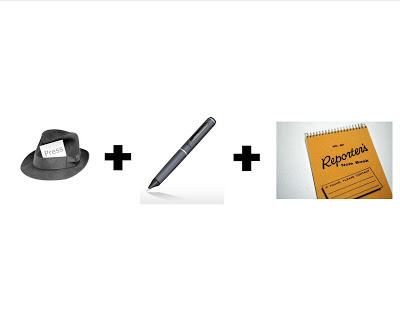 In high school, I joined the newspaper and realized that journalism was something I could possibly see myself doing in the future. Then, in college, I became editor of my college’s newspaper. I really found my stride. I loved being in the middle of things, chasing down a story and seeing it all come together on the page.

And don’t even get me started on the time I fell head-over-heels in love with the film All The President’s Men, the film about how a young (very young!) Bob Woodward and Carl Bernstein broke the Watergate story in the Washington Post. I wanted to be the Woodward and Bernstein of my generation.

Oh, and what do you think of those photos, friends? The one on the left was taken 10 years ago, when I was editor of my college newspaper. The one on the right was taken last spring, in the same office, only now instead of editor of that paper, I’m the adviser. It’s eerie and comforting all at the same time. I can’t help but feel like I’ve come full circle. xoxo

P.S. See that little desk plaque in the left photo? My father made that for me! 🙂