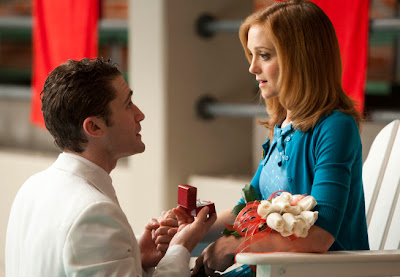 Well, leave it to Glee and a little ditty by Rihanna to get me thinking about you on a freezing winter’s night in January 2012. What’s that, Sweetpea? I’ve never told you about my love-bordering-on-obsession fondness for the show? I blame it all on the fact that I was in my school’s choir in junior high and my freshman year of high school, but that’s a topic for another time and another letter.

Tonight, though, I can’t help but feel like a bit of my life was played out on the small screen. This week’s Glee saw two main characters, Will and Emma, getting engaged, but not before facing some real insecurities and serious questions about Emma’s illness. There’s no sugar coating it; Things won’t be easy. Things are going to seem overwhelming sometimes. Things are going to seem hopeless sometimes. I won’t lie and say I didn’t want to reach through the television and punch Will square in the face when he said, “I know it’s not your fault that you have this disease, but some days it just seems so hopeless. How will you handle spit-up on your special Wednesday sweater?” No one would have faulted Emma from walking away at the prospects of all that. But she didn’t. In fact, she did quite the opposite, using words like incomplete person unabashedly. She made no excuses. She made no apologies. She made it clear that she wasn’t the least bit sorry for who she was. 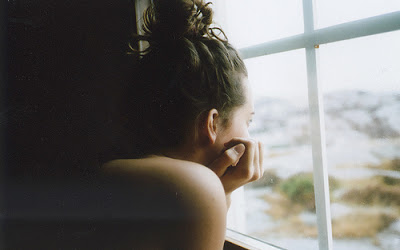 It was inspiring, to say the least, Sweetpea. Why? Because last summer, I definitely wouldn’t have had the courage to react that way. Maybe I would have just been too scared, afraid that everything would come crumbling down. Not today — not right now. So, yeah, we could probably think of thousands of reasons why this will never work and why it’s a waste of time for us to even try. And maybe we’ll even start convincing ourselves that these reasons are actually true. But I have to believe that even in those hopeless of places, you can still find love. Just because the odds are stacked against you doesn’t mean you should go down without a fight. Because in the end, love is worth fighting for. Quirks and all.

I’ll jump of the edge of glory if you’ll jump with me, Sweetpea. What do you say? Until we meet… xoxo