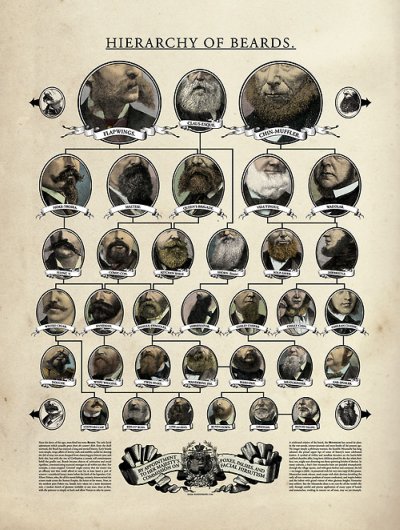 Facial hair: Is it a do or don’t, friends? Don’t be surprised if you see more men sporting beards and moustaches this month. Have you guys heard of Movember? The event, designed to raise awareness of prostate cancer and men’s health in general, sees participants put down the razor for the entire month of November in favor of long, sometimes overgrown, facial hair. Last year alone, some 64,500 people raised $7.5 million.

“It’s hard to believe what began as a bit of a joke has turned into a global movement for men’s health. It’s humbling to see so many men and women passionately support this cause. These days you can’t grow a moustache without people asking what’s going on, leading to amazing conversations about cancers that affect men,” says Adam Garone, CEO and Co-Founder.
How cool is that? What a clever and creative way to use fashion for opening a dialogue about health issues!

So, friends, do you know anyone who is participating? Would you? Where do you stand on the facial hair front? Are they a do or don’t? See my preference in the comments! xoxo

P.S. The tagline is Changing The Face of Men’s Health. Genius!

P.P.S. There’s also a contest to see who has the manliest beard or moustache.

[Top chart via I Love Charts]