I’m quickly realizing that I left out a key piece of the puzzle in that little list I made. Do you remember that list, Sweetpea? Come on, you can admit it if you keep it under your pillow at night. It’s OK. I won’t judge.

Anyway, I can’t believe I never once mentioned that fateful meeting of the parents. I’m not sure how I even feel about that, really. I suppose meeting your parents could either go one of two ways: You parents could either fall in love with me (but not call me the daughter they never had. That’s just too weird, if you get my meaning…) and we could get along swimmingly, or our first meeting could go the way of Meet The Parents. Knowing me, I’m banking on a version of that second option. I’m probably going to be a bit shy and awkward at first, just like I was when I met you. I’ll probably say the wrong thing at least once during dinner, maybe causing your dad to choke on his potatoes when he learns that I don’t intend to shack up with you until we’re married, or that I’ve amassed quite the collection of PEZ dispensers. Who knows, though, that revelation just might be the very thing that makes your mom fall in love with me. Do moms like that sort of thing? I’m referring to the whole not-shacking-up thing here, not the PEZ dispenser collection.

But I am looking forward to meeting your family. After all, they’re the people who knew you all your life. They know you inside and out. They’ve seen you at your worst. And cheered you on at your best. They might even know things about you that you don’t even know about yourself. Isn’t it scary how parents can know those things? But they do. Whether we get along with our parents or not, they love us. It’s a sort of unconditional love, they say, that you only discover once you become a parent yourself. 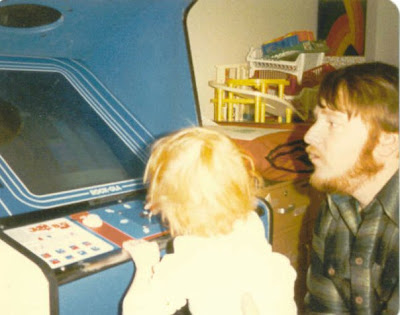 How much have I told you about my parents? I don’t tell many people about my father’s suicide until I get to know them. After all, it’s not the easiest or most comfortable conversation starter. But I know the topic will come up eventually, and like it or not, I’m going to have to face it. I do know that when the time comes, I’m going to be completely honest with you, and maybe I’ll even cry — I’ve been easily moved to tears lately back here in 2010. I do wish you could have known my father, Sweetpea. There’s so much of my life that my father is missing, and you’re going to be one of those milestone moments. He was one of those protective fathers, so he most likely would have been hard on you at first. I was his little girl, so I’m sure he would be like a drill sergeant with the interrogation. I’d probably just sit there and smile, realizing that’s probably where I got my nosiness. I do wish you could have met him; rest assured that I’ll show you lots of photos and perhaps tell stories to the point of boredom, but it just won’t be the same, you know? When you introduce the love of your life, it should be to both parents, and I can’t help but feel like something will be missing on that day. 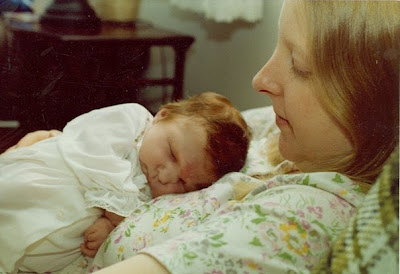 But get ready to meet my mother, Sweetpea. She’s hands-down the cutest person in the entire world. She might be a bit tough on you too, but if anything, within 30 minutes, she’ll have whipped out her famous almond cookies (a recipe passed down from my grandmother) and have my baby photos spread across the table. I guess that will be my time to be red-faced, won’t it? We can do this, right? There’s nothing to be afraid of, right, Sweetpea? Until we meet… xoxo