It’s the end of the summer in 2010, and yet I still can’t help but think of beginnings and the possible story of how we met.

Now, I can probably tell you what you’re thinking right now: “Wow, this girl can sure get obsessive. Why didn’t I see this when we were dating?”

Or maybe that’s not what you’re thinking? I hope not…because we both know it’s not true. 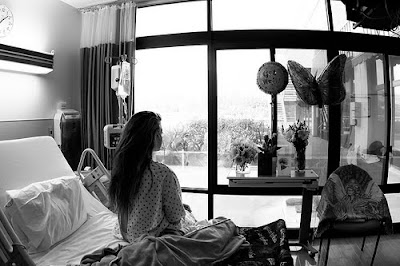 Anyway, did I ever tell you about this fantasy I’ve had. I’ve had it since it was a little girl, actually.

I know the words hospital and fantasy don’t belong in the same sentence for most people, but they do for me. As odd as it sounds, I had some of my best memories there.

So maybe that’s why, from an early age, I’d imagine our courtship taking place in the hospital. And as I got older, I’d sometimes sneak a peek at the person in the bed next to me (sadly, this was in the day before they had private rooms and more hotel-like accommodation…), only to find that the occupant was either significantly older than I was or significantly younger. 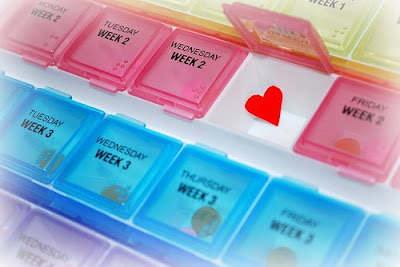 But of course, that didn’t stop me from dreaming. The idea just seemed so romantic to me…oh, there’s another word people don’t usually associate with hospitals. But in a way, it would be romantic. If you think about it, in some way, we’d just get each other. The reason you were in the hospital doesn’t really matter so much. It’s the fact that you’re there, I’m there and maybe we realize that we can lean on each other – making the corridors and tests and doctors a bit easier. I sometimes even imagined us having long talks way into the night, even once those evil nurses made us turn the light off. We’d talk about life, our hopes, our dreams. Sure, we’d talk about our medical woes a time or two, but sometimes we’d talk just to avoid talking about those scary medical things.

And of course, we’d make a pretty fearless team, maybe even scaring the hospital staff with our brazen. We’d bond over daytime TV. I’d beat you at Jeopardy every afternoon. We’d make each other laugh with kooky jello shapes. We’d sneak out of our room at night and head down to the little cafeteria and bond over (dare I say it…?) root beers. Maybe even an ice cream sandwich too. 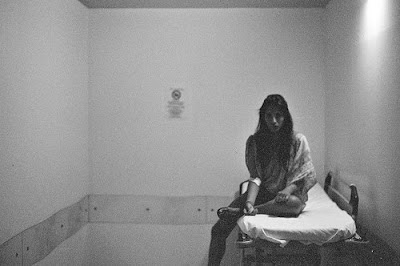 You won’t care that my gown has a tendency to fall off my shoulder or that my hair stands up like a teenager trying to rebel with spikes or that I squint because I hate wearing my glasses in the hospital. Why? Because you’ll be feeling the same way too. Well, that, and the fact that you’ll just be so charmed by those things and think they’re incredibly adorable on me.

My knees are becoming as squishy as those jello molds just thinking about it. So, while I’m not praying to go in the hospital any time soon, if I do, I’ll be sure to look over at the bed next to me if I share a room with someone. The person lying in it just might be you, Sweetpea. True, it wouldn’t be a traditional courtship, but then again, have I ever done anything “by the book” anyway?

And just think: That could be our first room together. But separate beds, remember? Until we meet…