…as taught by the ladies of Mad Men! 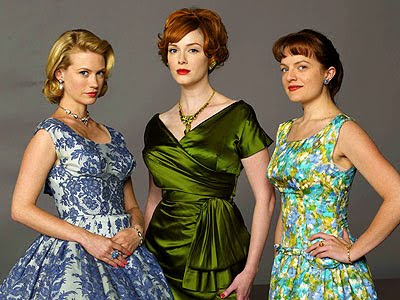 Even though the hit show Mad Men is set in the early ’60s when women were trying to find their way in society, these women aren’t so different from women today. You realize that we all have the same inner strengths and struggles. The look that Mad Men takes into a woman’s place in the world and the inner workings of what makes women tick shows us that, though we have evolved, we are still so very similar. And, since this show happens to be one of my very favorite shows (and Melissa’s!), I thought it would be a perfect way to share 5 myths about women, as taught by the ladies of Mad Men: 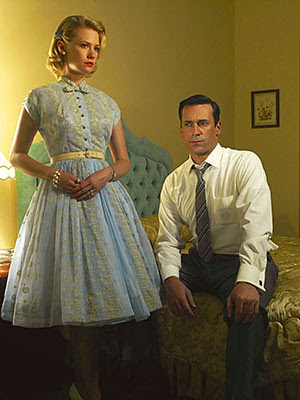 All women want to lose themselves in a man
Betty Draper gave up her modeling career to succumb to wifedom, and it left her anxiety-ridden and lonely. Obviously our culture has evolved since then. But, there are times when I daydream about quitting my job, eating bon-bons, catching up on my DVR and cooking my husband dinner every day. But, whether women stay at home or go to work every day, it’s so enriching for women to find something that is not wrapped up in another human being. Perhaps that’s why I started blogging. I was giving so much of myself to my work and my family that I wanted something that was all mine. Being an individual is so very important. 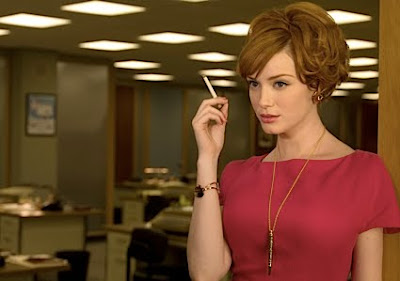 Men are smarter than women
Joan is a perfect example of a sexpot with a head on her shoulders. She is smarter than most of the men she works for, but she knows how to make them feel like they are in control. That’s usually the case, isn’t it? 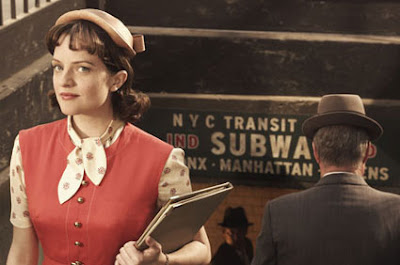 Women are weak
Peggy Olson is one of those women who says what she means and means what she says. Like most of us, Peggy is a lot stronger than she looks. She has painful secrets and a difficult job paving her way in a men’s club. Ms. Olson teaches us that you can’t always judge a book by its cover. Some women have it all together
Has anyone else been here?? I know I have. Well, not with a pointed shotgun. Women are often painted as pictures of grace and beauty. In reality, we’re all human. No woman is perfect. And, though some come off as having a life of envy, we all have our secrets, our blowups and our pains. 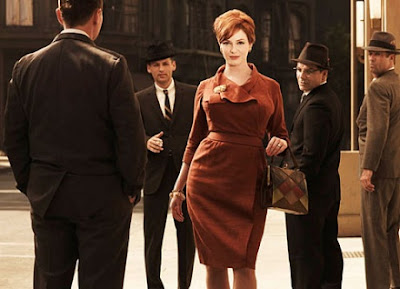 Women don’t like to be approached by men
Actually, quite the opposite… Every woman is flattered by the interest of a man. Even if they seem put-off, it’s an instant boost to a woman’s self-esteem. That being said, a man will only be successful at his attempt of approach if: A). He’s not a drunken idiot, B). He doesn’t act like a jerk and C). He isn’t a cheese-ball. A word to men: Just be genuine. Vulnerability and confidence are a winning combination when it comes to wooing women.

On a personal note, I was so incredibly flattered to be asked by Melissa to guest post. She is one of those women that you find so much strength from in her daily posts. She debunks every one of these myths with her strength, honesty, intelligence…and even her boy-craziness! Thanks, Melissa!!

–By Beth from Hello, Splendor