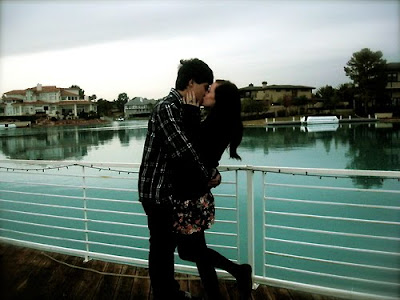 Last week, popular relationship site YourTango tackled dating double standards by theorizing what we should call male cougars – you know, the societal practice that of men dating younger (sometimes much-jailbait younger) women. Now, this practice has obviously existed for thousands of years (I bet even cavemen dated a few cavegirls in their days). And what’s not-so-surprising?

But, you may ask yourself, what about the MEN?! Throughout history the phenomenon of the younger woman and way, way older man has been accepted if not back-slappingly admired…We say enough with the double standard. Not only is the tradition of men dating younger women more common and often more extreme in age difference, the male set hasn’t even been saddled with a nickname. Fair is fair and men should get animal monikers, too!

So when YourTango asked what male cougars should be called, I thought, “Well, it’s about damn time. If a cougar like myself is labeled and judge, by golly, so should men. After all, it’s all about equality, isn’t it?”

My choice – and frankly, the only obvious one

So, friends, what do you think about these double standards?

*Why do you think society is so quick to label women dating younger men and not vice versa?

*Have you ever been the victim of such labeling?

*At, 28, do you think I qualify for Cougar Status?

*What do you think we should call male cougars?

Maybe I should take my cue from the Hefster. Think about it: I could find me a nice crop of young men ages 20-24 (I won’t venture into underage-boys territory, remember, because I am a girl who has standards), buy a swanky mansion in the Bahamas or some other beautiful tropical locale and then every day can be F-U-N day! It sounds great, doesn’t it?

[Photo via Nothing Is Impossible]